When I published Start-Up, a friend and colleague told me: “Why do you want to write something about high-tech entrepreneurship and start-ups. Nobody reads anymore. Make movies, videos!” He may have been right. Now that I heard about a new documentary about Silicon Valley and I will talk about this later in this post, it gave me the opportunity to look backwards. Triumph of the Nerds is a 3-episode (50 mns each) produced in 1996.

It is great, sometimes boring, often funny. Its author Robert X. Cringely is also the author of the related and very good book, Accidental Empires. You can watch the videos on YouTube and read the transcripts on PBS. I found Part I, the best. Part II about Microsoft and IBM is more serious, Part III about Apple is in-between.

First I found the best definition of a Nerd: “I think a nerd is a person who uses the telephone to talk to other people about telephones. And a computer nerd therefore is somebody who uses a computer in order to use a computer.”

Then about the semiconductor industry: “Intel not only invented the chip, they are responsible for the laid-back Silicon Valley working style. Everyone was on a first-name basis. There were no reserved parking places, no offices, only cubicles. It’s still true today. Here’s the chairman’s cubicle… Gordon Moore is one of the Intel founders worth $3 billion. With money like that, I’d have a door.” […] “Only Intel didn’t appreciate the brilliance of their own product, seeing it as useful mainly for powering calculators or traffic lights. Intel had all the elements necessary to invent the PC business, but they just didn’t get it.”

“What was needed was a version of some big computer language like BASIC, only modified for the PC. But it didn’t yet exist because the experts all thought that nothing would fit inside the tiny memory. Yet again the experts were wrong.” And here came … Microsoft … and Apple

Steve Jobs: “Remember that the Sixties happened in the early Seventies, right, so you have to remember that and that’s sort of when I came of age. So I saw a lot of this and to me the spark of that was that there was something beyond sort of what you see every day. It’s the same thing that causes people to want to be poets instead of bankers. And I think that’s a wonderful thing. And I think that that same spirit can be put into products, and those products can be manufactured and given to people and they can sense that spirit.”

Part III talks about how Xerox missed the high-tech revolution and Apple or Adobe used Xerox inventions. The output? “A software nerd is the richest man in the world.” We are in 1996. Gates: “You know, if you take the way the Internet is changing month by month, if somebody can predict what’s going to happen three months from now, nine months from now even today eh my hat’s off to them, I think we’ve got a phenomena here that is moving so rapidly that nobody knows exactly where it will go.”

Yes, it was an Accidental Empire.

There is another documentary Pirates of Silicon Valley but it looks very similar to Triumph of the Nerds, without the humour or Cringely. But the reason of this post, is the recent released of Something Ventured. This I will watch soon and hopefully show at EPFL to students and colleagues. 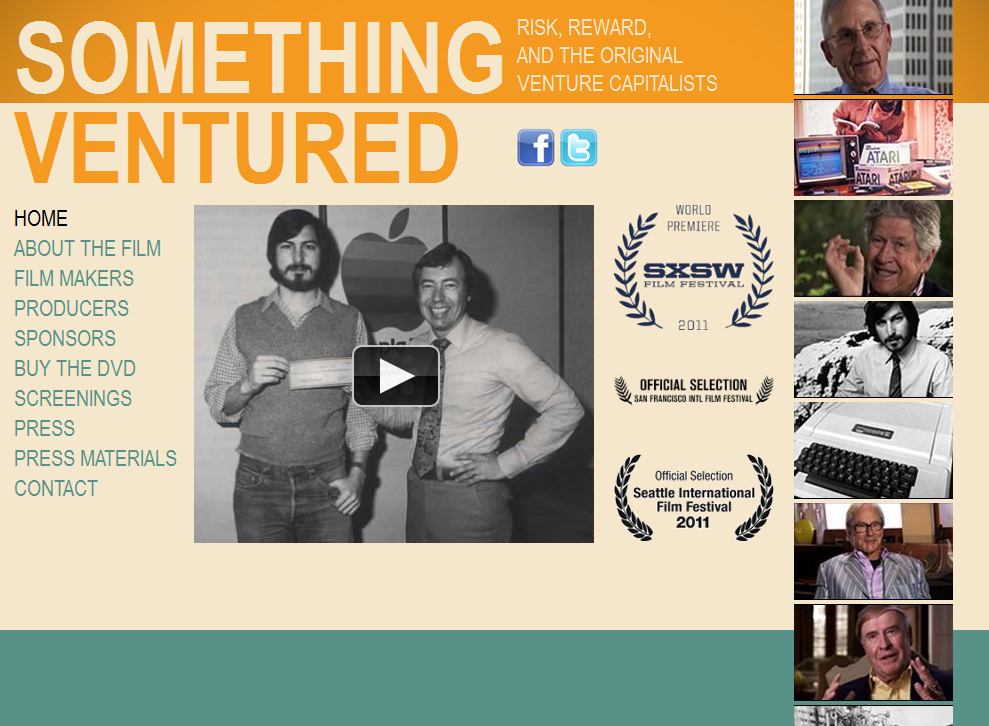 Here is the trailer:

4 thoughts on “Triumph of the Nerds”