As often, Marc Voinchet had a remarkable broadcast this morning on France Culture. First a great guest, Cécile Lafontaine for her book The body market, the commodification of human life in the era of bioeconomy (in French only – my translation of the title) which goes beyond the adressed topic by asking questions about the tensions between the individual and society. It provides excellent answers to the debates opened by Thiel. But here I stop and let you discover the interview if the subject interests you. 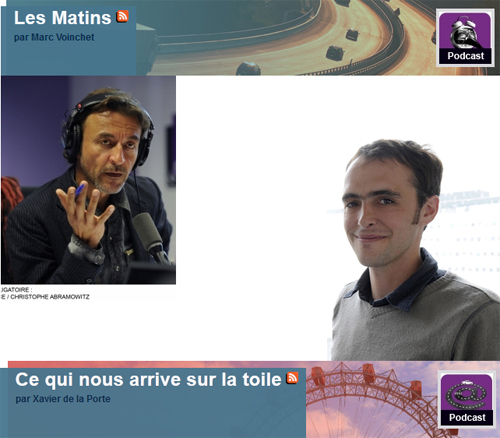 In addtion Xavier de la Porte wrote an excellent chronicle that I copied directly from the website of France Culture on the French part of my blog (in order to be able to translate it here): The brain is not one million lines of code.

When we look at what the digital world has to say about the body and life, there is a high likeliness to find quickly intimidating predictions: “Soon we will all be cyborgs” and “In 2045, we will have completely merged with the machines.” A specialist in this kind of statements is a guy named Ray Kurzweil – which I mentioned here already. Pretty awesome inventor, wise businessman, Kurweil became in the last twenty years the promoter of a movement called transhumanism – which considers that humankind will soon merge with machines, thus giving rise to post-humanity – ideas that Kurzweil sold worldwide with books and conferences, ideas that he also sells to super-powerful companies: Google has hired him to run a program on teaching language to machines. The problem with Kurzweil – and many transhumanists – it is their strength of conviction that passes through a scientific-techno-philosophical discourse which we feel is not right, but without knowing exactly where. But recently , I came across evidence that Kurzweil says non-sense. I enjoyed my discovery and I want to share this joy with you.

It has to do with an important aspect of transhumanism: the belief always repeated that very soon we can duplicate our brains into computers. Kurzweil believes that this will be possible in 2020, and moreover, he has stored the brain of his deceased father in that perspective. And in order to support his thesis, here is the type of speech that Kurzweil gives: “The code of the brain is in the genome. The human genome is 3 billion base pairs, six billion bits, which is about 800 million bits after compression. After eliminating redundancies […] this information can be compressed into approximately 50 million bits. But the brain is about half of that, about 25 million bits, or one million lines of code.” And here, in a ruthless and intimidating demonstration, Kurzweil shows us a million lines of code suffice to duplicate the function of the human. (I say “sufficient” because it is just one million lines of code; for comparison, Microsoft Office 2013 is 45 million lines of code).

Except that for once, someone came forward to explain that Kurzweil told non-sense. This person is called Paul Zachary Myers. He is a recognized biologist at the University of Minnesota, specializing in developmental genetics and writes a blog called Pharyngula. And it is on his blog that Myers explains very calmly why what Kurzweil says is wrong. Here is his demonstration. The premise of the reasoning of Kurzweil is “The code of the brain is in the genome.” Totally wrong, says the researcher. The code of the brain is not encoded in the genome. What is in the genome is a collection of molecular tools which is the regulating portion of the genome, which makes cells sensitive to interactions with a complex environment. During its development, the brain unfolds through interactions between cells, interactions which we understand today a small part only. The final result is a brain that is much more complex than the sum of nucleotides that encode a few thousand proteins. One can not deduce a brain from the protein sequences of its genome. How will these sequences express is dependent on the environment and the history of hundreds of billions of cells, interdependent on each other. We have no way to calculate in principle all possible interactions and functions of a single protein with tens of thousands of others who are in the cell, which is the essential first step in the execution of the unlikely algorithm of Kurzweil. In support of his argument, the researcher takes a few examples of some proteins and shows how the interactions are numerous, complex and mostly still unknown.

What is very interesting is that Myers states that he is not hostile to the idea that the brain is a kind of computer, and we will be able to artificially reproduce one day its functions. But he says that he does not need to say stupide nonsense, as does Kurzweil and build hisreasoning on false premises. And here is for you, Kurzweil. If only more researchers could take more time to bring their expertise to question the transhumanist speech, it may save us to hear many absurdities and attend another commodification of human life, which is about seeling biotechnology dream.