Nicolas Hayek, founder of Swatch, was yesterday at the Forum des 100.

He talked about the Economic crisis and called for an “International of Entrepreneurs”! His talk was in French and can be found here. 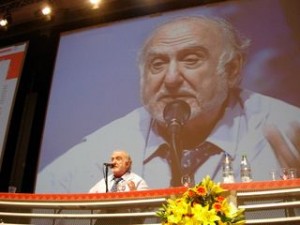 Ironically, in my book , I had quoted Pitch Johnson on a similar topic: “Entrepreneurs are the revolutionaries of our time.” And he had added: “Democracy works best when there is this kind of turbulence in the society, when those not well-off have a chance to climb the economic ladder by using brains, energy and skills to create new markets or serve existing markets better then their old competitors”

So should I conclude with “Entrepreneurs of the World, Unite!”

The question was also discussed in a very interesting debate between Emmanuel Todd and Pascal Couchepin (in French again). 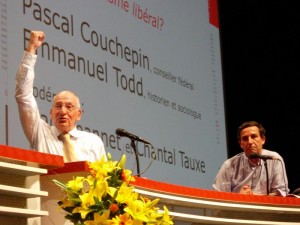