The WEF report I mentioned last week for its interesting entrepreneurs interviews includes also an analysis of venture capital which I found of similar interest. (There are tons of study on venture capital and they are all quite consistent). Here are a couple of figures from the WEF report:

– Exibit 6-1 shows that there is money worldwide even in Europe (between $30B and $50B globally and about $5-10B invested per year in Europe.) However India and China remain relatively small, which was a surprise for me (there is indeed a mistake in the bars where India and China are inverted!). 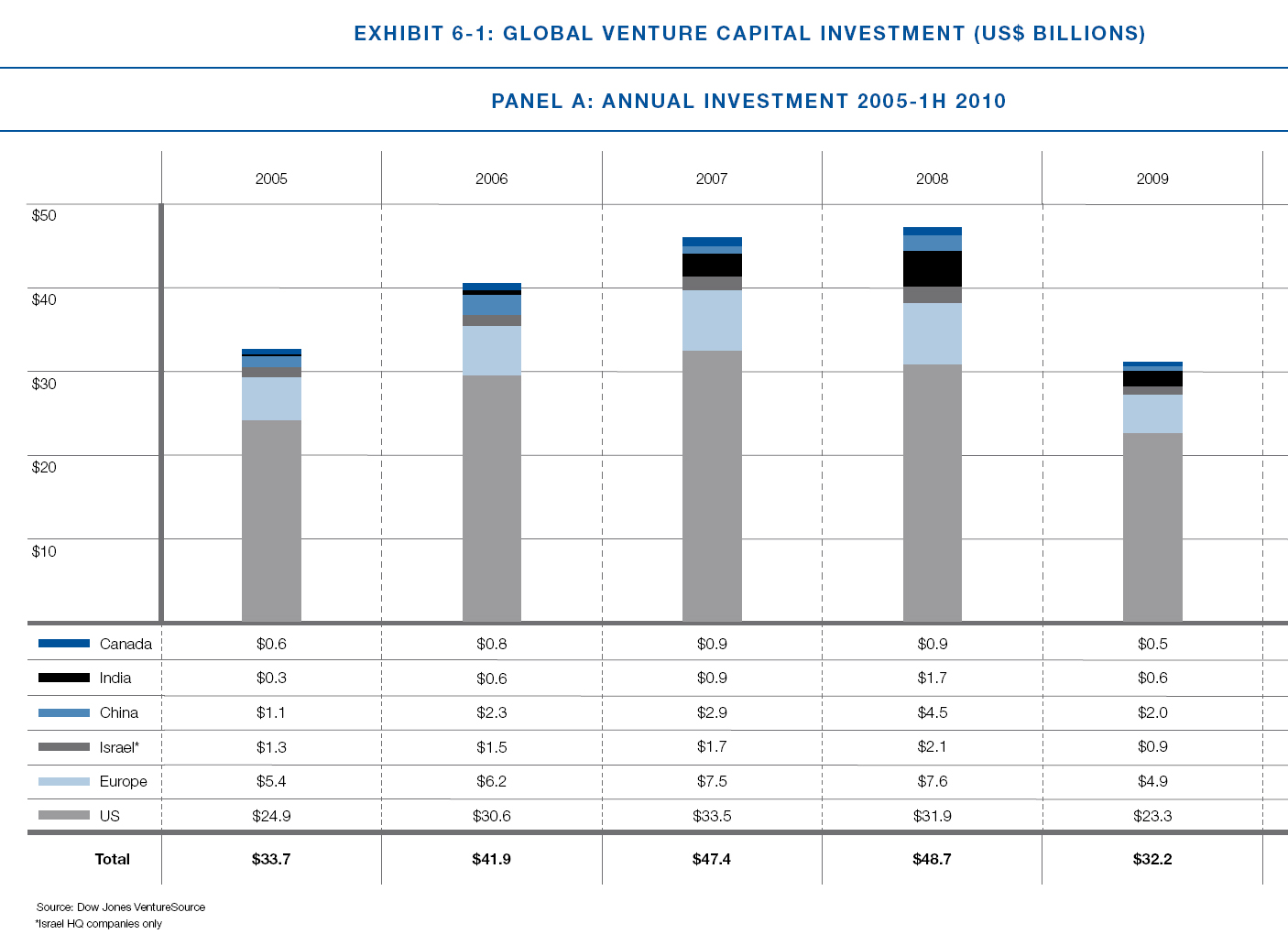 – Secondly , it is amazing to notice that SV still represents 40% of the total of the hotbeds areas. In Europe, not surprisingly UK is 1st and France 2nd. However I found more surprising to have Switerland 3rd and even Germany 4th, only. 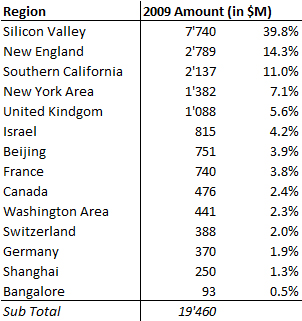 – The other major difference between the US and Europe is at which stage we invest in Europe. Whereas 60% of the funded companies are pre-revenue, it is only 40% for Europe.