Forbes recently published Dropbox: The Inside Story Of Tech’s Hottest Startup or is it its legend already? (I should thank my colleague Mehdi for mentioning the link to me, 🙂 ) 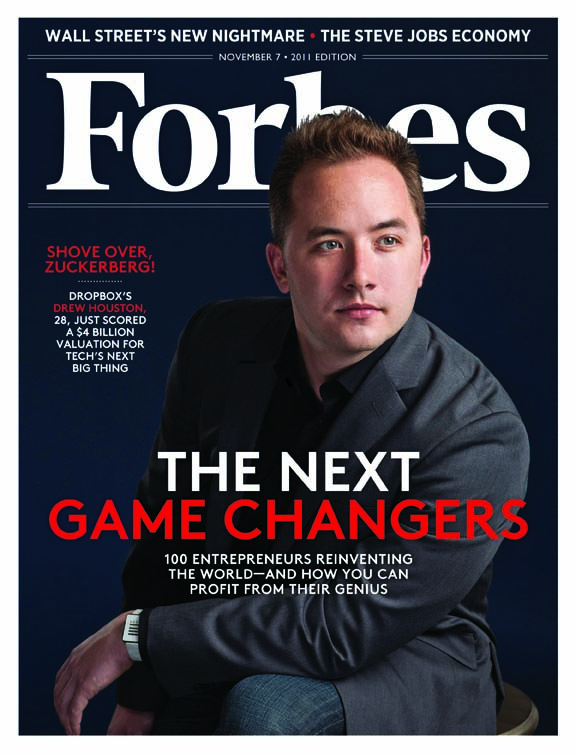 It looks so similar to many of Silicon Vallley success stories that we should sometimes be a little skeptical about such beautiful stories. In any case, it is worth reading and here are my 10 lessons from it:

1- YOUNG GEEK – Drew Houston, the “typical” American start-up founder, began playing with computers at age 5 and began to work with start-ups at age 14. Steve Jobs knew this kid who had reverse-engineered Apple’s file system. He was 24 when Dropbox was launched.
2- ROLE MODEL – “No one is born a CEO, but no one tells you that” is what Houston learnt but when he saw one of his friends starting his own company he thought “If he could do it, I knew I could”.
3- COFOUNDER – In 2007, Paul Graham selected him in his Y Combinator program but insisted he has a cofounder. This would be MIT dropout, Arash Ferdowsi.
4- FRIENDLY ANGEL – Months later, they are supported by Pejman Nozad (famous with Saeed Amidi for their family rug business turned into office space [Logitech, Google] turned into investing [PayPal]).
5- VENTURE CAPITAL – Soon, Nozad introduced them to Michael Moritz (Sequoia’s legendary investor in Yahoo and Google) who invests $1.2M.
6 – MIGRANTS – Both Ferdowsi and Nozad have roots in Iran. They chatted in Farsi when they first met.
7- TALENT & PASSION – “I was betting they have the intellect and stamina to beat everyone else” claims Moritz. “Houston and Ferdowsi moved offices again and often just slept at work.”
8- LEAN & SPEED – Ycombinator funded Dropbox in June 2007, Sequoia in Sept. 2007, followed a year later by $6M from Accel and Sequoia. 9 employees in 2008 (with 200’000 users) and 14 people in 2010 with 2M users.
9- CUSTOMERS – In 2011, Dropbox should make $240M in revenues, from only 4% of its 50-million user base. 70 people and profitable.
10- RESOURCES – Being profitable did not prevent Dropbox to raise another $250M from Index, Greylock, Benchmark and existing investors. At a $4B valuation.

1 thought on “10 lessons from the Dropbox story”