The Founder’s Dilemmas is at the same time a fascinating and frustrating book. Fascinating because it’s providing very seldom seen (and mostly unknown) data about founders and high-tech start-ups. Frustrating because it is also seldom providing answers to the dilemmas founders may face. It took me the full reading of the book to finally understand that the answer Wasserman provides is that there is no best solution for a founder facing a problem, but that if he knows all possible situations, he might better decide based on his own motivation and … personality. So she or he might decide, not on rational criteria but more because of his personal inclinations! 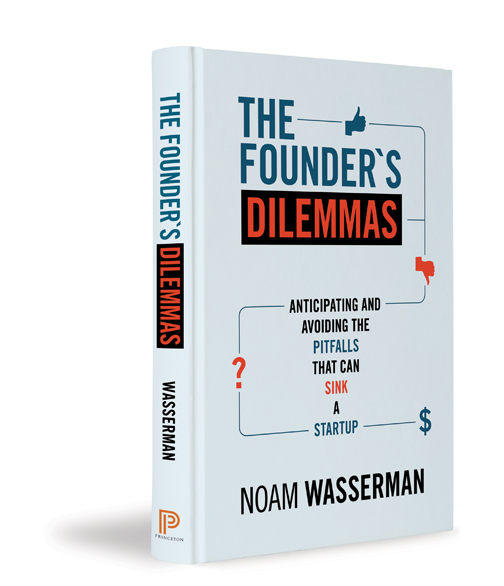 The best illustration of this is Evan Williams who was a founder of Blogger, and then of Odeo (and then after the book was designed of Twitter). Williams had a very different behavior with the two start-ups. He was “control-oriented” with Blogger, hiring people in his close network, taking friends and family (and close network) money only and keeping management control to the point of firing everyone including his former co-founder and girlfriend. With Odeo, he had initially a “wealth-oriented” attitude, taking VC money and having a different hiring strategy. His inclination made him however buy back his investor’s stake, as he needed to control his start-up again.

Wasserman shows that the “3Rs” (Relationships, Roles & Rewards) are key features for decisions about the key dilemmas founders may experience. These dilemmas are classified according to the chapters of the book: Career, Solo-vs.-Team, Weak vs. Network, Positions, Compensations, Hiring, Investors, and Succession. Wasserman explains (or better-said describes) the various dilemmas founders face when taking decisions and shows that their decisions are very often dependent upon their motivation. Do they want to be Kings (power or control-oriented) or Rich (wealth oriented)? He does it with anecdotes (not so good and quite well-known) and with statistics (very good and not so well-known)

In summary I saw it more as a book for academics than for entrepreneurs and founders who apparently will not take better decisions after reading this book as they will be driven by their motivations, not their experience! At least they will be aware of it. It may be another illustration that youth and enthusiasm are as important as experience and rational behaviors!

One interesting puzzle Wasserman addresses is why individuals decide to become entrepreneurs, often thinking that they will become wealthy whereas this is entirely wrong. This has to do with control vs. wealth. You will need to read Wasserman if you want to know more.

Here are some more notes taken when reading. The next table is probably an essential part of the control-vs.-wealth dilemma. 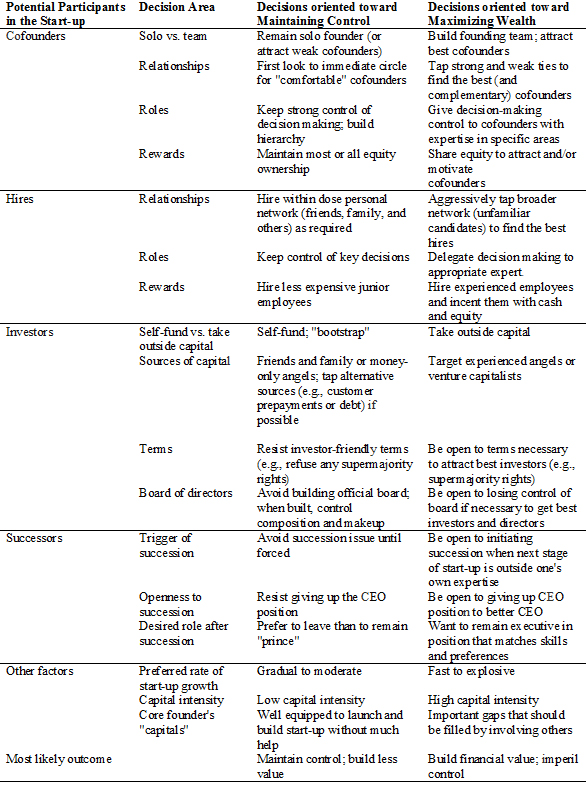 Wasserman has many more interesting data and let me show a small sample:
– There are no real pattern in becoming a founder (age, experience, childhood influences, personality, family status, economic status), however early influences and natural motivations seem to be important.
– About age, he has seen a wide variation with an average of 14 years of work experience before becoming a founder (higher in life sciences). There is a specific group of founders with 0-4 years of experience.
– The main motivations are either control or wealth, but having an impact counts.
– Wasserman shows strong differences related to gender correlated with age. This is a must read but too long to be explained here…or are they, let me try [pages 33-35] 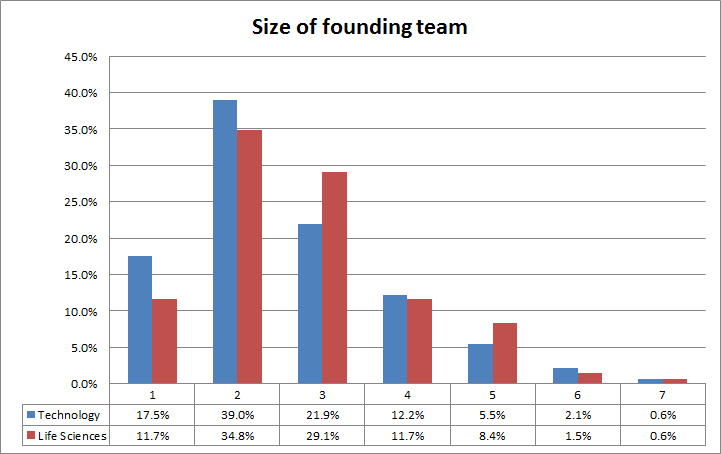 Founding with friends…
– 40% of teams had prior professional relationships and 17% family ties.
– Each such relationship added a 30% likelihood of founder departure.
– As a summary

“A friendship built on business can be glorious, while a business built on friendship can be murder.” [Page 104]

Jobs and Wozniak is a good example: they did not clarify crucial issues and “he got paid one amount, he told me he got paid another. He wasn’t honest with me, and I was hurt… But you know… he was my best friend, and I feel extremely linked to him.” They eventually parted ways. [page 109]

About decision making: “Two people at the wheel is the worst way to drive. You end up going straight when either a right or a left would be better.” A reason why being three might be good. 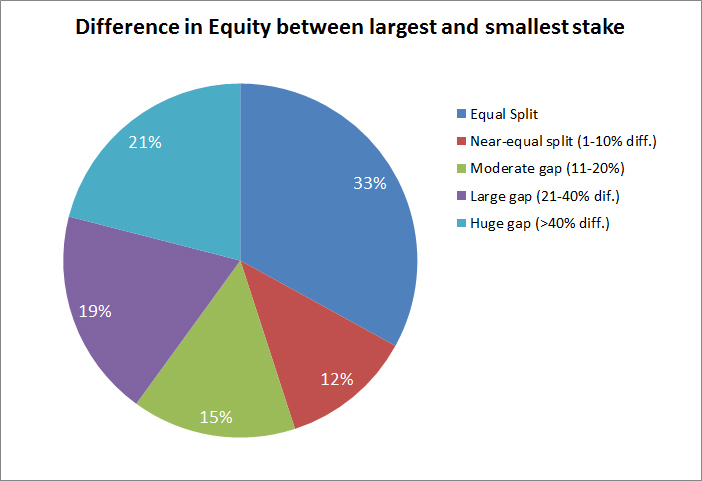 Woman compensation
There is a much greater gap in the preponderance of women than in their compensation. Only 10% were C- or VP-level (17% in life sciences) and 3% and 7% were respectively CEO. But the compensation was 5% below. 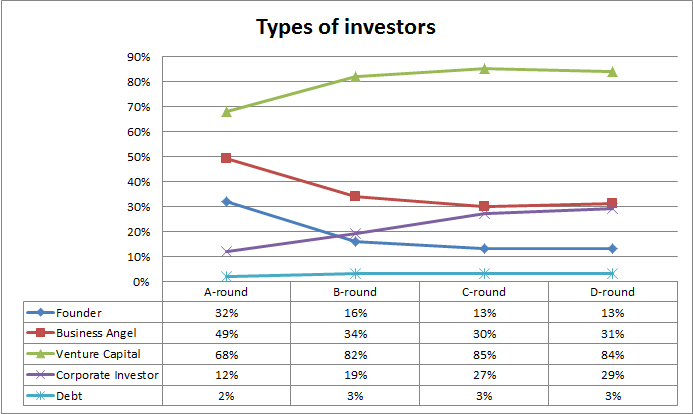 On BAs vs. VCs, Wasserman shows the usual dilemmas. Dick Costolo about too many BAs: “It was a recipe for disaster. I had 13 people who, now that they had $20’000 invested, wanted to call me and ask about […], taking 45 minutes of the CEO’s time when he should be running the business.” 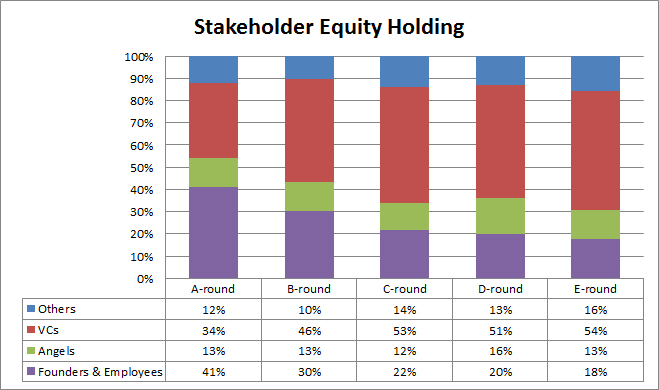 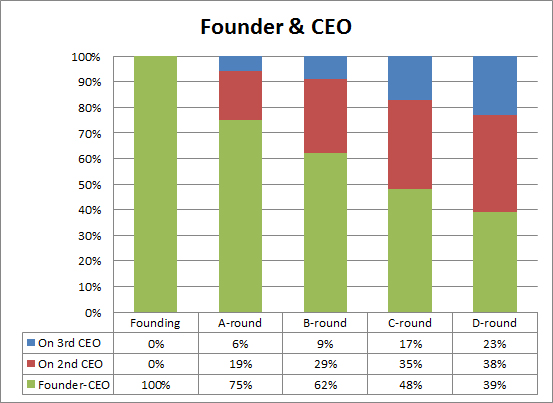 Wasserman strangely mentions here: “What is entrepreneurship? A widely used definition is a process by which individuals pursue opportunities without regard to the resources they currently control”. It sound even romantic, but it has a dark side: founders are 60 times more likely to be resource-constrained than have all the resources they need. Lack of resources lies behind all the dilemmas described. [Page 333]

Founders who had kept control held equity stakes which were [half] as valuable as those held by founders who had given up both CEO position and board control. 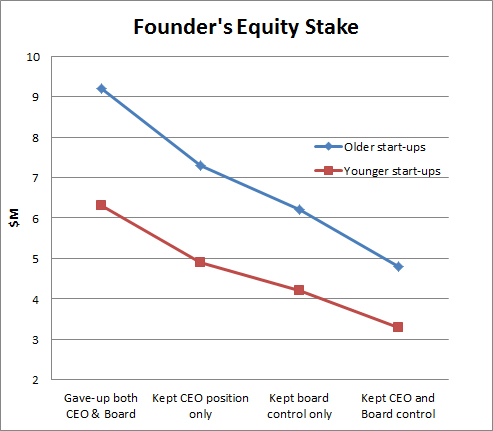 There are hybrid paths, compromises between control and wealth, using “second-tier” solutions (hiring, investors) but Wasserman shows it is even riskier. Consistent decisions give a higher likeliness of desired output (either control or wealth).
So the answer to dilemmas is “it depends.” Be knowledgeable about options and consistent in your choices!

Wasserman opens new directions for research:
– Who are these special animals which obtain both control and wealth (Gates, Ellison, Jobs 2.0…)
– Serial entrepreneurs: they receive larger equity stakes, remain CEOs longer, negotiate better investment terms and might be more successful. Are they?!! (cf Serial entrepreneurs: are they better?)
– How often is a control-oriented founder able to sell a start-up for which he owns 100%, for $5M and how often is a wealthe-oriented founder able to sell for $100M a company of which he owns 5%…
– Wasserman is aware all this is specific to high-tech and the USA. What about outside these boundaries?