My friend Jean-Jacques (thanks :-)) sent me a link about the CNBC Disruptor 50, a list of 50 “private companies in 27 industries — from aerospace to enterprise software to retail — whose innovations are revolutionizing the business landscape”. One could criticize the method, the fields, what is disruptive and what is not, but the list is by itself interesting. And I have done a few quick and dirty analyses. (I mean by Q&D a very fast analysis on the age of founders based on available data – their age or the year of their bachelor – my full analysis is available at the end of the post)

I found the following:
– Disruptive innovators are young (33 years-old)
– They raise a lot of money: more than $200M!!!
– and yes, they are mostly based in Silicon Valley. 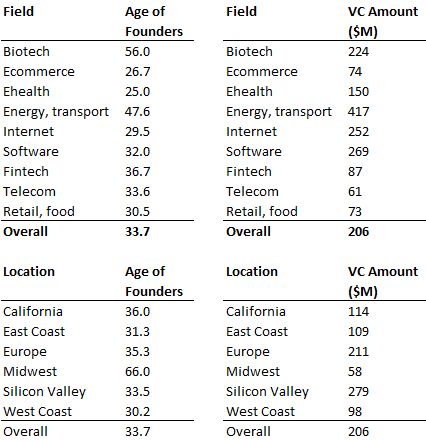 The average age of founder is 33 (whereas the age of founders of start-ups is closer to 39 – see my recent post Age and Experience of High-tech Entrepreneurs). As it was the case with that general analysis, founders in biotech and energy are much older than in software or internet. This was something I had already addressed in that paper: disruption might be the field of young creators.

They raise a lot of money

A really striking point is the amount of money raised by these disruptive companies. With an average age of 6 years, these companies have raised on average $200M… In energy, it is more than $400M and even more than $250M for the internet.

Not surprisingly though, Silicon Valley seems to be the place where to be. 27 companies are based there (a little more than 50%). It is also where they have access to the most capital ($280M on average). Then comes the East Coast (25%). Surprisingly they are based in NYC, not in Boston anymore when East Coast is concerned. Only 3 are Europeans… (Spotify, Transferwise and Fon) even if a few Europeans have also moved to SV…

Here is my full analysis which as I said before might contain mistakes (particularly on the founders’ age…). You might also disagree with my field classification… 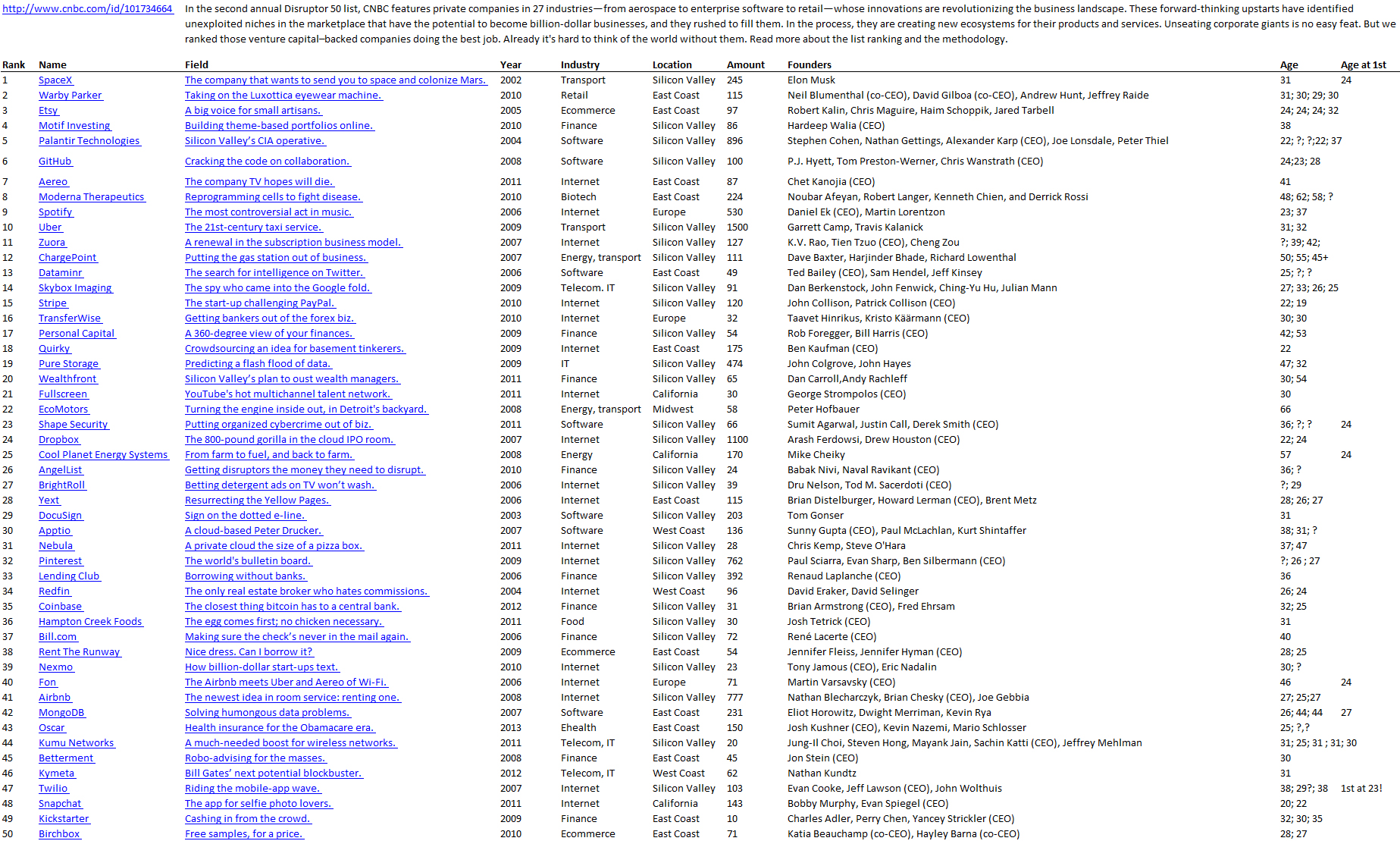