I just read two amazing books, which at first sight do not seem to have much in common, but indeed have. The first one is Time Reborn by Lee Smolin. The second one is Touching a Nerve by Patricia Churchland. 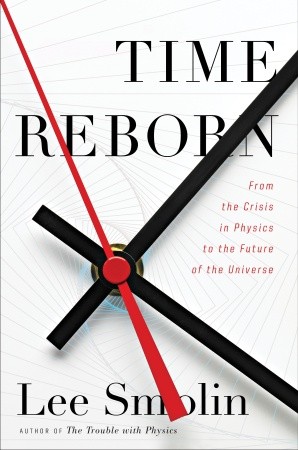 Beware Newton, Leibniz (not only Einstein) is back!

Lee Smolin revisits the current challenges of the physics of the universe – the incompatibility of general relativity and quantum physics – and tries to bring new ideas such as thinking again about what Time is. It’s not a difficult book but it is so rich with ideas, I am not sure what is the most important. His main idea is that time matters. For example, the law of physics may evolve over time. He also believes that Leibniz’s philosophy is very helpful to understand the universe. [What I remembered of Leibniz is Voltaire critics of him in Candide, with the recurrent “best of all possible worlds“]. Let me just quote Smolin: “the picture of the history of the universe given by causal relations realizes Leibniz’s dream of a universe in which time is defined completely by relations between events. Relationships are the only reality that corresponds to time – relationships of a causal sort.” [Page 58, Penguin 2014 edition]

There is something as stimulating: “Leibniz’s principle has some consequences that should constrain a cosmological theory. One is that there should be nothing in the universe that acts on other things without itself being acted upon.” [Page 116] This is the principle of no unreciprocated actions. I had learnt this when I was shocked to understand that the earth attracts me and keep me from flying, but I also attract the earth. With Einstein, matter modifies space. So if laws act on the universe and its components, then the reverse is true. Laws can evolve and Smolin thinks that this is following a Darwininian natural selection…

Smolin concludes his book with more general considerations about science and society, which are also very interesting. I had already mentioned here his previous book The Trouble with Physics. His views about science are not original but strong. For example “to be scientific, hypotheses must suggest observations by which they could be verified or falsified.” [page 247] and he indeed hates some features of politics in science. Truth is the ultimate even if unreachable goal. “Scientific communities and larger democratic societies from which they evolved, progress because their work is based by two basic principles:
(1) when rational argument from public evidence suffices to decide a question, it must be considered to be so decided,
(2) when rational argument from public evidence does not suffices to decide a question, the community must encourage a diverse range of viewpoints and hypotheses consistent with a good faith attempt to develop convincing public evidence.” [page 248]

And I will conclude on Smolin with a final quote: “We need a new philosophy, one that anticipates the merging of the natural and the artificial by achieving a consilience of the natural and social sciences, in which human agency has a rightful place in nature. This is not relativism, in which anything we want to be true can be. To survive the challenge of climate change, it matters a great deal what is true. We must also reject both the modernist notion that truth and beauty are determined by formal criteria and the postmodern rebellion from that, according to which reality and ethics are mere social constructions. What is needed is a relationalism, according to which the future is restricted by, but not determined by, the present, so that novelty and invention are possible”. [p 257] 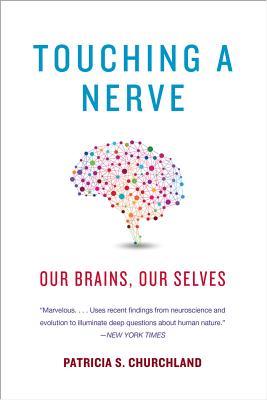 As a transition to the brain, I cheat here and quote Smolin one final time (promised!): “By the problem of consciousness I mean that if I describe you in all the languages physical and biological sciences make available to us, I leave something out. Your brain is a vast and highly interconnected network of roughly 100 billion cells, each of which is itself a complex system running on controlled chains of chemical reactions. I could describe this in as much detail as I wanted, and I would never come close to explaining the fact that you have an inner experience, a stream of consciousness. If I didn’t know, from my own case, that I’m conscious, my knowledge of your neural process would give me no reason to suspect that you are. […] Suppose we mapped the neuronal circuits in your brain onto silicon chips and upload your brain into a computer. Would that computer be conscious? […] Would there now be two conscious beings with your memories whose futures diverge from there.” [pages 268-69]

Patricia Churland begins her book with the “fears” that scientific research brings when you are at the frontier. “I hate the brain, I hate the brain” is what a philosopher said at a conference, maybe to explain his discomfort with the importance of biology to explain the mind processes. Churchland adds that discovering that the earth is not the center of the universe, or the heart is just a pump had similar results in society: fear and denial. But Churchland is not afraid of knowledge and of progress. “My business is to teach my aspirations to conform themselves to fact, not to try and make facts harmonize with my aspirations”

Near the end of her book [page 240], she addresses the topic of consciousness:
In about 1989, psychologist Bernard Baars proposed a framework for research on consciousness with a view to fostering a coevolution of psychology and neurobiology.
First, […] sensory signals of which you are conscious are highly integrated and highly processed by lower-level (nonconscious) brain networks. That is, when you hear [something], you are not first conscious of a string of sounds, then conscious of figuring out how to chunk the string into words, then conscious of figuring out what the words means, then conscious of putting it all together to understand the meaning of the sentence. You hear [it]; you are aware of what [it] meant.
Second, the information stored concerning [the event] are suddenly consciously available to help you decide what to do in this novel situation. This means there must be integration of sensory signals with relevant background knowledge—with stored information.
The third important point is that consciousness has a limited capacity. You cannot follow two conversations at once, you cannot at the same time do mental long division and watch for dangerous eddies in a fast-moving river. When we think we are multitasking, we are probably shifting attention back and forth between two or possibly three tasks, each of which is familiar and which we can perform with minor vigilance.
Fourth, novelty in a situation calls for consciousness and for conscious attention. If you are fighting a barn fire, you must be alert and vigilant. On the other hand, if you are a veteran cow milker, you can milk the cow and can pay attention to something else.
Fifth, information that is conscious can be accessed by many other brain functions, such as planning, deciding, and acting. The information can be accessed by the speech areas so that you can talk about it. Conscious information is kept “on the front burner,” so to speak. That is, the information is available for some minutes in working memory so that your decisions are coherent and flow sensibly together. The widespread availability of a conscious event was a hypothesis that Baars proposed, not an established fact, but it seemed completely plausible and provoked other questions, such as the regulation of access and the range of functions that can have access.
None of these five features is a blockbuster on its own, but notice that collectively they yield a sensible and rather powerful framework for guiding research into further matters, such as how information is integrated and rendered coherent in our experience. Wisely, Baars avoided trying to identify the essence of consciousness, realizing that essences are an old-fashioned way of thinking about phenomena that impede making actual progress. This contrasts with the approach favored by some philosophers, whereby they tried to identify the defining property of consciousness, such as self-referentially, which is knowing that you know that you are feeling an itch or pain.

But in between you might also learn about the role of DNA and genes; of proteins and hormons and other molecules such as androgen, cortisol, dihydrotestosterone, dopamine, estradiol, estrogen, melatonin, nitric oxide synthase, noradrenaline, oxytocin, serotonin, testosteron, vasopressin; and the multiple modules and subsets of our brain.

Both Smolin and Churchland have the highest respect for scientific research and researchers on a quest for truth. Just for that reason, you should read them!