January is the month where we publish our start-up statistics at EPFL and when the media contact us to discuss the matter. I had the opportunity to share my views with Danny Baumann, from the AGEFI, and I have the feeling he gave a very good account of our exchange. Here it is: 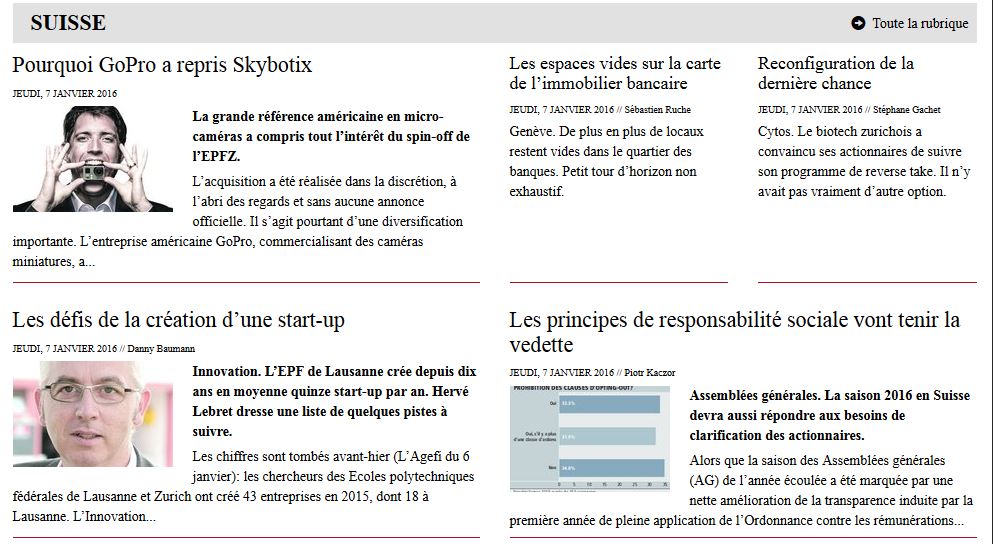 The EPF Lausanne has been creating, during the last ten years, on average fifteen start-ups per year. Hervé Lebret lists a few leads to follow.

The numbers fell the day before yesterday (L’Agefi, January 6): Researchers at the Federal Institutes of Technology in Lausanne and Zurich have created 43 companies in 2015, including 18 in Lausanne. The Innovation Park of EPFL is growing year after year, with as a proof the 700 jobs created since its launch in 1991. Fintech, biotech, medtech are in the mouth of everyone, but how to successfully create and above all to perpetuate a start -up in the world in constant evolution that we know? There is obviously no quick fix, as explained by Hervé Lebret, innovation specialist and teacher at the EPFL.

The success of a start-up depends on countless parameters. These elements must be as the perfect alignment of planets for that success to occur. Random factors, such as chance, are part of this process. The EPFL provides financial support, eight and ten grants per year, the Innogrants. Launched in 2005 with the support of Lombard Odier, these Innogrants consist of a maximum of 100,000 francs in salary. This does not in any way guarantee the success of a start-up but is a great launching pad.

Hervé Lebret lists a few leads to follow. For starters, the overall vision is essential. Having an international goal rather than local. The future of a start-up must immediately be anticipated: it indeed reaches its maturity after five to seven years. “From that moment, either it is acquired by giants such as Google or Apple or it continues to develop via the equity markets. It rarely stays at the stage of SMEs with 20-30 employees”, adds Hervé Lebret. According to him, 90% to 99% of these young companies disappear within ten years.

Another major aspect: not being cautious about the market. “An entrepreneur with a start-up should keep in mind that his company should be constantly growing,” he continues. Being ambitious and trust your potential investors, in order to raise funds, even at the cost of losing some of her company’s control. A must for growth. On average, 100 million Swiss francs are invested annually from private funds in EPFL start-ups. But how to find investors? The award race is a great way to advertise its product. The first two years are rather of survival; it is at this point that the various awards are essential. “The prize is good, but after two years or so, do not forget to pass in growth mode,” he expressed. Many make the mistake of losing sight of the overall objective and thus remain too small in the market while the company development is vital.

A good recruitment is a major asset in the success. Then comes the question of wages to be paid. The newly recruited employees must be aware that the remuneration will be lower than in a large company. The stock options can be a good alternative to compensate for the difference in pay. Still remains the problem of the taxation of stock options which are still seen as an income even if they are paper only. It should be possible to find an agreement on a special status of “start-up” in the law. The issue has been debated for several years.

Other elements are still important for an entrepreneur such as flexibility, creating a dense network, or having mentors, and, this sounds obvious, have a passion for his product.

Macroeconomic factors also make their entrance. To name one, but essential, mainly in Switzerland, migration. Out of the 90 Innogrants distributed by EPFL since 2005, 75% of them have ended up in the hands of foreign entrepreneurs. And it’s not a matter of discrimination. Switzerland needs foreign brains. A long political debate.

For EPFL, creating start-ups, and related jobs, is a major asset. Not so much from a financial standpoint but rather for the image. Economically, revenues come from licenses granted (they receive dividends or royalties in exchange) to the various entities or from the sale of the start-ups, about 1% of the transaction value. [You may check again How much Equity Universities take in Start-ups from IP Licensing?] The image is much more noticeable. Getting the message of constant innovation, to the eyes of the world, is a vital point for EPFL and the country.

The case study of an ambitious start-up at EPFL. 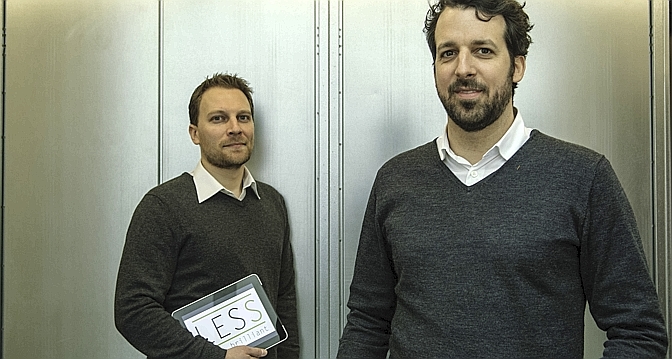 The young company L.E.S.S. (Light Efficient Systems) is the perfect example of a fast growing EPFL start-up. The optical fiber of the company helps in generating a new light system that does not leave indifferent the automotive or computer manufacturers. Yann Tissot, co-founder and CEO, received an EPFL Innogrant in 2011. With this investment, the start-up was founded in June 2012. From that time, ambition and passion of the young entrepreneur made the difference. Travelling around the world to make his product known and running the award race such as the Entrepreneurship Prize of the WA de Vigier Foundation, the Strategis Prize competition or the prize for second best Swiss start-up in 2014 [then the best one in 2015!]. Awards that enabled it to survive and to find investors. In April 2015, it raised a vital three million concluded with VI Partners, supervised by Alain Nicod, as well as from various business angels.
Today L.E.S.S. has nine employees and was close to reach one million in sales last year. The estimated income for 2016 will be of the order of several million francs. – (DB)