This is my final post about what I have learned from Sciences et technologies émergentes, pourquoi tant de promesses? (For the record here are the links to part 1, part 2 and part 3).

The last chapters of this excellent book try to explore ways to solve the problem of excessive promises that have become a system. In Chapter IV.2, it is question of “désorcèlement” (the closest term I found would be “disenchanted”); I read it as a critical analysis of the vocabulary used by those who promise. The chapter speaks at length of the transhumanist movement, the promise of promises! “[…] Describe how these actors certainly produce, but especially divert away, reconfigure and amplify these promises […] in front of passive and naive consumers.” [Page 261] and later “[but] transhumanists are first activists, mostly neither engineers nor practitioners […] attempting answers to questions not asked or badly expressed, […] hence a really caricatural corpus,” to the point of talking about a “cult” (quoting Jean-Pierre Dupuy), “a muddled, often questionable thinking.” [Page 262]

In Chapter IV.3, the authors explore unconventional approaches, a possible sign of disarray to “scientifically” react to the promises. For example, they have contributed to the creation of a comic book to answer another comic which wanted to popularize and promote synthetic biology. 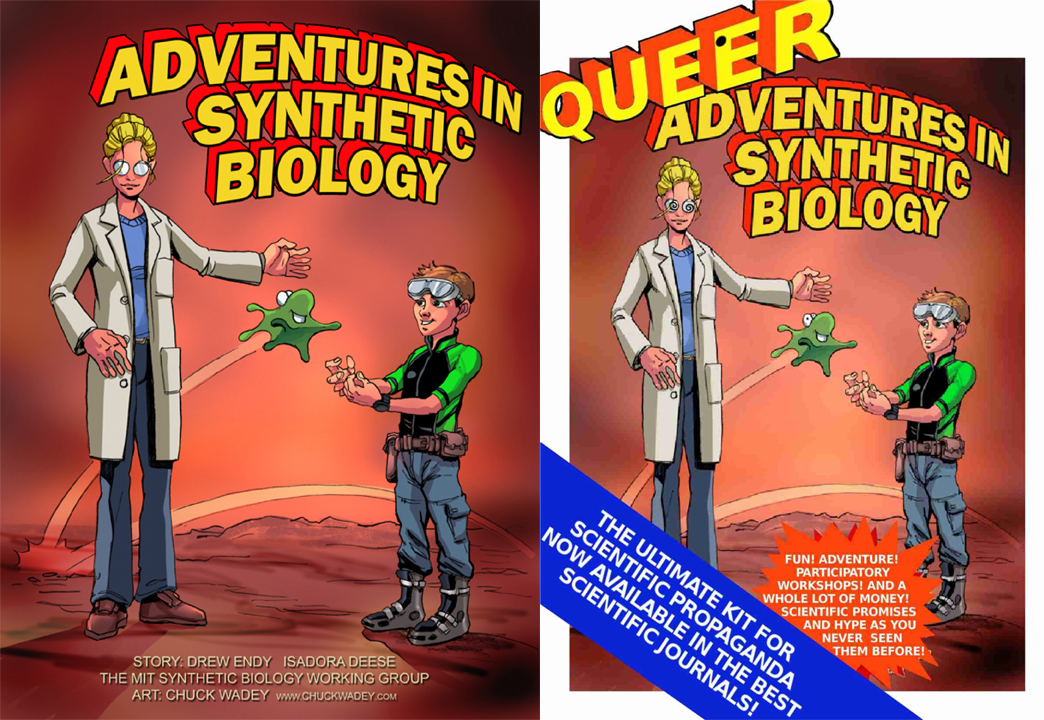 The final chapter explores scenarios that may follow the explosion of promises, like the idea of ​​increasing the number of Nobel Prize. New promises?!! More concretely, the author shows that the initial promises are not followed in practice: “The wait & see phenomenon in investment, or lack of innovation, is less known, though widespread: the effect of general and diffuse promises maintains the interest of players but too much uncertainty holds back investment in cycles of concrete promises-requirements.” [Page 297] “A game is at work which continues as long as the players follow the rules, […] they are prisoners of the game. […] They may also leave it if the right circumstances occur and then the game collapses.” [Page 298]

In conclusion, beyond a very rich description of many examples of scientific and technical promises, the authors have shown how a system of promises was built through interactions between the various stakeholders (the researchers themselves, the (political, social and economic) decision makers who fund them, and the general public which hopes and feels anxiety). The relationship to time, not only the future but also the present and the past, is beautifully described, in addition to a desire for eternity. And finally, we mostly discover that the promises have led to numerous debates that were perhaps, if not entirely, useless, as we could have known that the promises can not be kept, even from the moment they were created…