The start-up world is so fashionable that a few clouds should gather above it. The thing is not new. In the past, I mentioned Silicon Valley Fever. There was also the recent Disrupted – My Misadventure in the Start-Up Bubble by Dan Lyons But, more worrying, the criticisms are more numerous and more serious. For example, the article The evidence is piling up – Silicon Valley is being destroyed about the Juicero and Theranos scandals. Without forgetting the more fundamental transhumanist / apolitical fever … 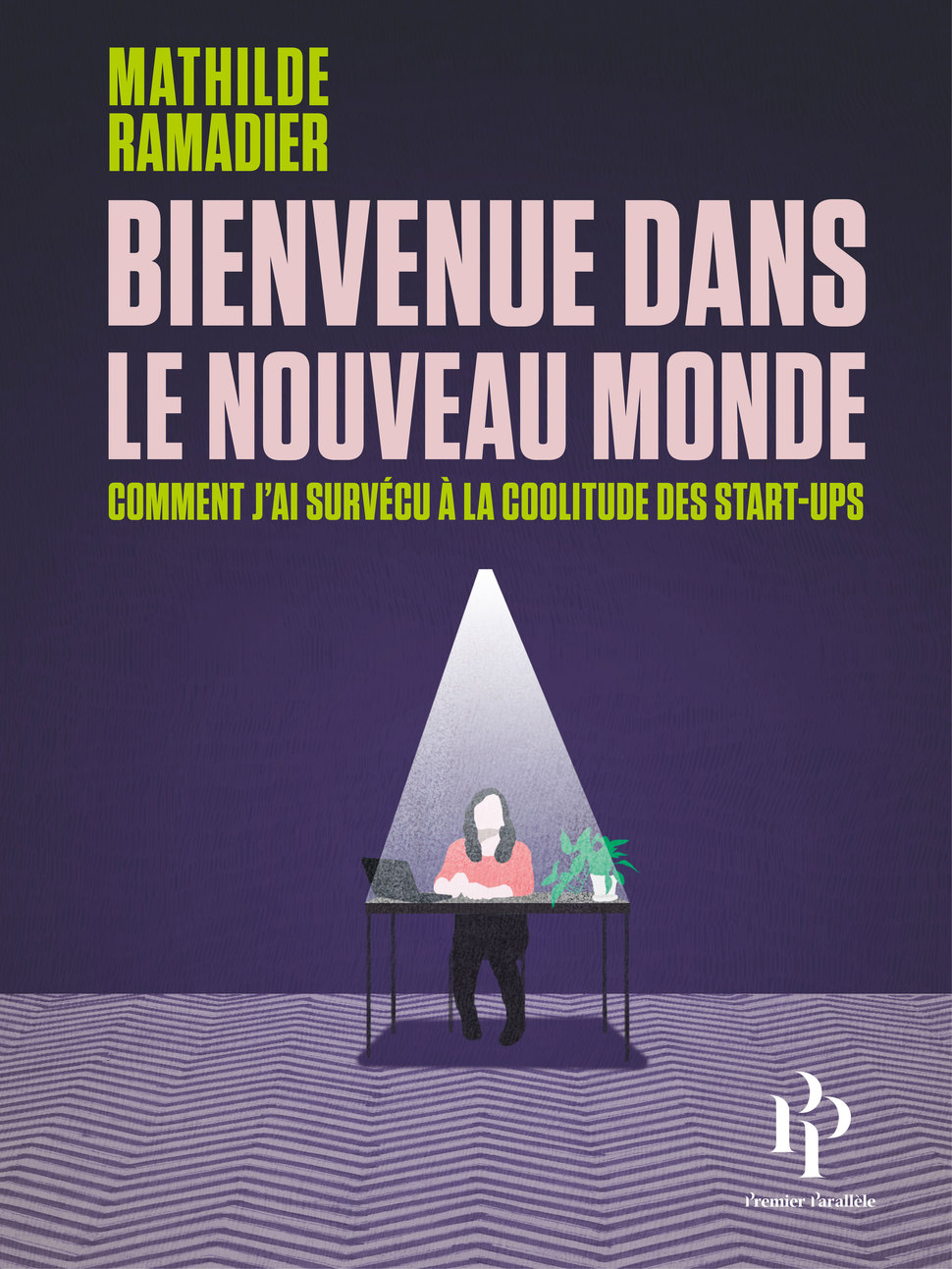 Here is a new book, fun and serious…In French: Bienvenue dans le nouveau monde Comment j’ai survécu à la coolitude des startups (Welcome in the new world – How I survived the coolitude of startups) by Mathilde Ramadier. Mockery uses language. The “novlangue”, the “coolitude”. But this hides more unacceptable behaviors. Discounted wages, ridiculous working conditions. All this in the tone of humor, or more of chilling irony. Excessive? A little bit in the sense that not all start-ups act as the author describes, but revealing a reality that should not be underestimated … Here are some examples:

“During the end-of-test interview, my CEO tells me that instead of the 1500 euros agreed upon at the start, I will finally be hired with a payroll three times lower. [… He] knows very well what he does and delivers a perfectly honed speech to sweep away my disappointment. […] So I refused a job paid 500 euros because I lacked motivation, belief and ambition. I did not deserve to participate in the adventure.” [Page 26-7] The CEO had previously added that “if I want to make a career, I will have to accept to bend down and give everything. Just like in “the Voice’.”

“But doen’t disruption also mean an acceleration imposed too suddenly on society? […] The sharing economy allows the connection of a client who has a need and a service provider (let’s say a small hand that needs money.)” [Page 28] And then she quotes Bernard Stiegler. How right she is!

“But this tendency, pushed to the extreme, has become the watchword of a despotic regime which does not admit ‘the weakest’, that is to say the refractory, and which relegates them to the bottom of the social pyramid. Because if everyone can, in theory, become a superstar, there is little talk of those for whom “siliconization” does not embody a dream… nor a sinecure.” [Page 36]

“As Orwell has taught us, the manipulation of language is the starting point of any totalitarian discourse. […] The disappearance of the ability to think for oneself can even be the core competence of a company.” [Pages 41-2]

“In many cases, these are bullshit jobs, these new ‘jobs’ in the service sector that pride themselves abotu contributing to the rational organization of the company, but which cannot be described easily because even the first concerned fail to explain clearly what they do neither can they find a real utility. […] Wages were evidently free from all egalitarian considerations and remained confidential.” [Pages 44-5]

“I’ve seen people say ‘never again’ and had to start over again. They had promised that they would not step back behind the counter of a bar after their first internships and still return, for lack of finding a job in their branch. I have seen young women and young men becoming financially dependent on their partner, sublet their car or room to live in their living room (since all aspects of life are now marketable), and knocking at the door of their parents at thirty. Pregnant women put money aside because their maternity leave did not allow them to live decently. These are the people I saw accept a precarious contract with a ridiculous paycheck in a startup because they were promised many things, and offered ‘evolution prospects’ if they agreed to ‘give everything’.” [Page 70]

The author also has interesting definitions. “One of the definitions of start-up might be this: it is a young company with high potential but still not profitable. The objective, from the beginning, is therefore rapid growth.” (Page 94) Mathilde Ramadier even has her own glossary (pages 151-5), often funny… For example:
Disruption: super-powerful innovation that breaks the codes of a whole market. An earthquake, the disruption puts everything flat and does not generally worry about the consequences of the chaos it induces.
Entrepreneur: courageous person with rare talent, who has an idea of genius before everyone, is working to achieve it and succeeds – or not.
Innovation: introduction of a new product or process on the market. A startup is necessarily innovative (for those who launch it anyway).

“During these four years in the startups, I was trapped in an infernal loop, tossed from one absurdity to another, finding here and there the same folklore … Paradoxically, we push the rational to the irrational, originality to conformism, thirst for the new to regression […] The solutions that the startupsphere promises us – to the crisis, unemployment, boredom, repetition of the same and even disuse, old age and ugliness, etc. – are also a deception: one can not pretend to live in the new world before having truly built it.” [Page 143]