I was lucky to meet last week two economists from the International Monetary Fund who are the authors of the working paper The Leap of the Tiger: How Malaysia Can Escape the Middle-Income Trap. It is not directly linked to high-tech innovation and I am not an economist; my expertise is limied to the nano-economics of start-ups. This being said, I was very impressed by the analysis of Reda Cherif and Fuad Hasanov. 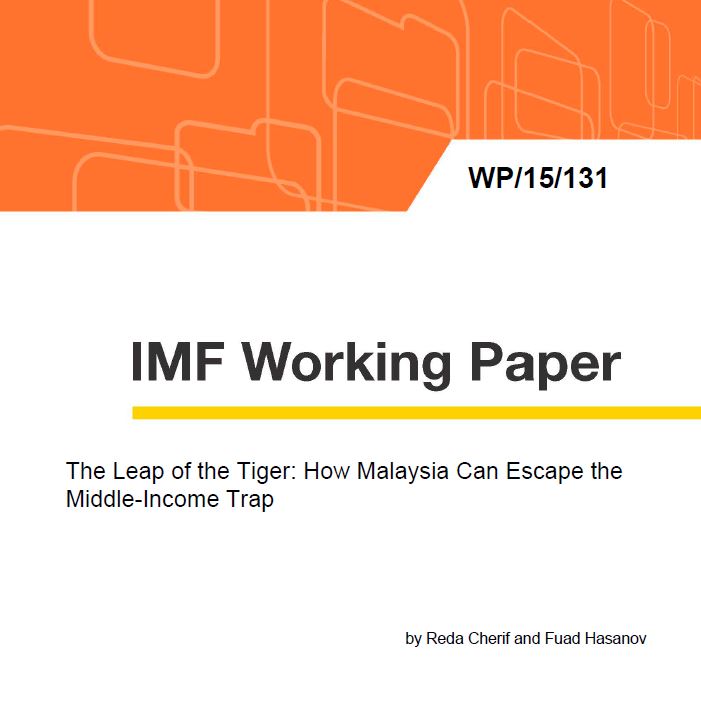 In general, I read more about developed countries and high-tech entrepreneurship, Silicon Valley, obviously, but also the example of Israel, Finland, France, Chile… Lerner, Saxenian and Mazzucato have been important authors for me. Hasanov and Cherif explain how Malaysia tried to develop its economy and relatively failed compared to Taiwan and Korea. The reasons are complex and the interested person should read their paper.

They really show the complexity of things and again the recipe needs so much fine tuning, with no guarantee of success. The addition of Chile, Thailand and Norway in their analysis, makes it really rich. I understood that a combination of strong state support (incentives, funding, sometimes protection) and competition in the private sector (so many Korean automotive firms were initially created) with an emphasis on its ability to export is very striking. Why did Nokia succeeded for some time and not Alcatel maybe explained with their arguments. They also put a lot of emphasis in the ability to innovate, a must to enable exportations.

So Mazzucato is right, the state has an entrepreneurial role, but individual initiatives seem to be also important, something I had not necessarily understood in the cased of Taiwan and Korea. The diaspora of engineers who studied and work abroad (in the USA mostly) was instrumental to the economic development and innovation once they came back (sometimes many years later) in their home country…