In the recent years, there had been regular filings in the biotech field, but IT had suffered. then Dropbox and Spotify filed and successfully went public. This probably gave confidence to “unicorns” and many have filed recently such as Smartsheet, DocuSign, Zuora. Carbon Black is the latest one with an interesting history. here is its S-1 filing and below my computed cap. table. 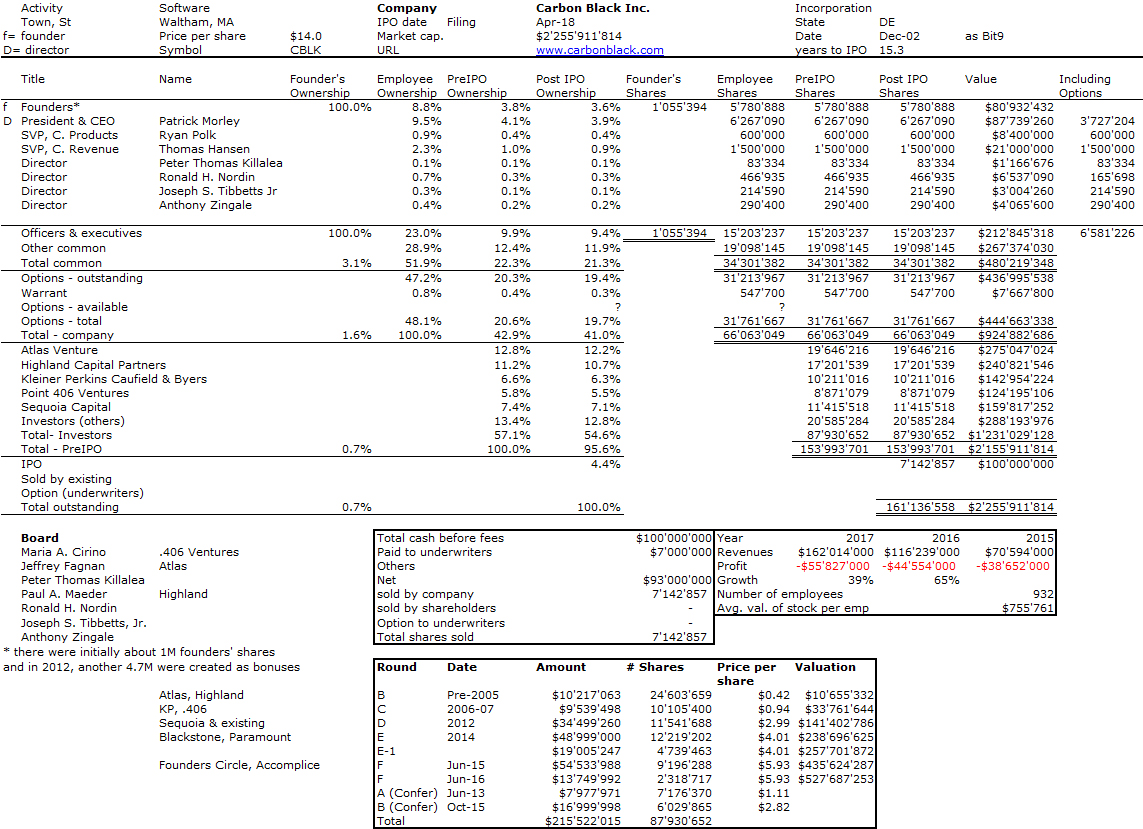 Carbon Black was founded in 2002, has raised close to $200M since inception (not counting the money raised by 4 startups is has acquired, Confer Technologies, Objective Logistics & VisiTrend). It has a royal list of VCs, including Kleiner Perkins, Sequoia, Highland, Atlas or lesser know funds such as .406 or Accomplice. I do not know who the founders were, but I could get the name of Todd Brennan who has left in 2008. Who else, help me! Finally the company is based close to Boston, not in Silicon Valley… This is just the latest of my compilations, that you may find in a previous post Equity in Startups. 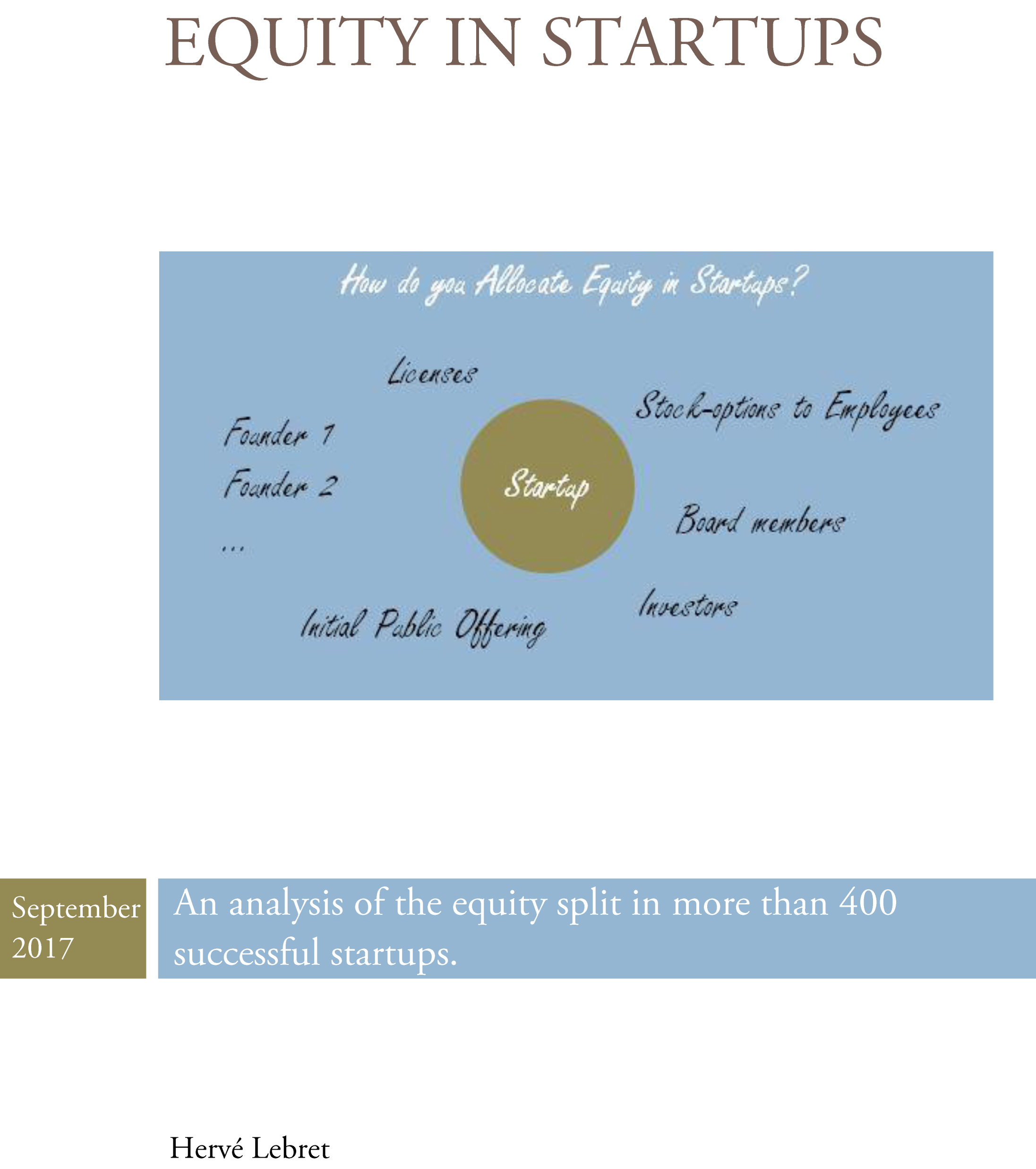