As a follow-up of my previous post Aaron Swartz – The Idealist, here are a few additional notes from this very moving and intelligent book. 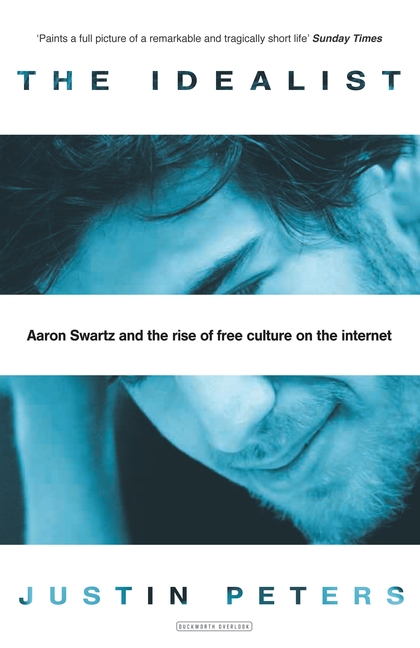 So why did he die? You must read the book. But here is a sentence close to the end [page 268]: “Swartz saw things differently, and, indeed, devoted much of his life to the notion that the only way that the world ever improved was by allowing people to open things up. This notion […] is Swartz’s legacy. It is also his challenge to the world he left behind.”

Corporations continue to deploy law and rhetoric to combat the situational ethics of unauthorized downloading, to argue that copyright is a zero-sum game. Conflicts recur. The actors may change, but the script remains the same. [Page 271]

A surprising argument is against Apple and Steve Jobs: Swartz depicted Apple as “a ruthless, authoritarian organization” that flouted labor standards and Jobs himself as a martinet who insisted on controlling every aspect of the user experience. His megalomania manifested in Apple’s portable music players: sterile white rectangles that could be neither opened nor modified by the end user. “Jobs couldn’t abide people opening things”. [Page 267]

A stronger quote taken from Swartz’s blog: Since power over human beings is shown in making them do what they would rather not do, the man who is actuated by love of power is more apt to inflict pain than to permit pleasure. If you ask your boss for leave of absence from the office on some legitimate occasion, his love of power will derive more satisfaction from a refusal than from a consent. If you require a building permit, the petty official concerned will obviously get more pleasure from saying «No» than from saying «Yes». It is this sort of thing which makes the love of power such a dangerous motive. — Bertrand Russell [Page 254]

Peters would like to have a balanced view of the situation: Property holders are but one party to the social contract. That is supposed to govern our polity, and their interests are not the only ones that matter. There is a middle ground between functionally eternal copyright and wholesale anarcho-syndicalism. [Page 268]