I just learnt the death of Don Valentine, the founder of Sequoia. For those of you who may not know him, you could visit my previous posts that mentions him, either through tag #sequoia or even better search Valentine. Just be aware he invested in Atari, Apple, Oracle, Cisco, Electronic Arts… 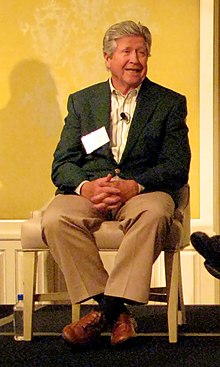 Or you may just read some of my favorite quotes of him:

“There are only two true visionaries in the history of Silicon Valley. Jobs and Noyce. Their vision was to build great companies … Steve was twenty, un-degreed, some people said unwashed, and he looked like Ho Chi Minh. But he was a bright person then, and is a brighter man now … Phenomenal achievement done by somebody in his very early twenties … Bob was one of those people who could maintain perspective because he was inordinately bright. Steve could not. He was very, very passionate, highly competitive.”

“Well, look, we’ll put up all the money, you put up all the blood, sweat and tears and we’ll split the company”, this with the founders. Then if we have to hire more people, we’ll all come down evenly, it will be kind of a 50/50 arrangement. Well, as this bubble got bigger and bigger, you know, they were coming and saying, “Well, you know, we’ll give you, for all the money, 5 percent, 10 percent of the deal.” And, you know, that it’s a supply and demand thing. It’s gone back the other way now. But, in starting with a team, it’s a typical thing to say, well, somewhere 40 to 60 percent, to divide it now. If they’ve got the best thing since sliced bread and you think they have it and they think they have it, you know, then you’ll probably lose the deal because one of these guys will grab it.”