I wanted to write this article the day after July 14 and the tragic events in Nice. But it took me a little longer. Start-ups, Innovation are above all a passion for me, a topic that fascinates me. I see many reasons for optimism and hope for humankind and for the planet as a whole. But for any positive pole, there is a negative one. And any optimistic analysis of a complex topic always induces its pessimistic viewpoints. The point is not to provide a “simplistic” opposition to innovation and entrepreneurial creativity, but to mention here some works which demonstrate, by their depth, the complexity of the subject.

The simplest, and probably the least interesting of the three controversial analyses I will present here comes from the United States. Two MIT researchers, Erik Brynjolfsson and Andrew McAfee, explain the risk of automation that are created by science and information and communication technologies (ICT). In Race Against The Machine followed by The Second Machine Age, they show that many jobs will necessarily disappear with the development of ICT. All technological advances have created such risks (printing, the steam engine, electricity) but it seems that ICT is of much higher dimension, with the “fantasy” of transhumanism, which suggests that humans could be totally replaced by the machine. 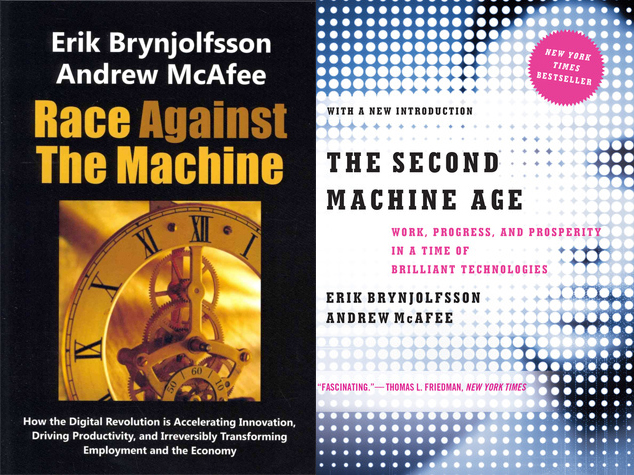 The book is an excellent introduction to the challenges the world will meet and let me quote. The chapter Beyond GDP begins with a quote of Robert Kennedy: “The Gross National Product does not include the beauty of our poetry or the intelligence of our public debate. It measures neither our wit nor our courage, neither our wisdom nor our learning, neither our compassion nor our devotion. It measures everything, in short, except that which makes life worthwhile.” I know that these books were best-sellers in the US, probably because they ask interesting questions. But I must say that I found the analysis a little light with nor facts and figures compared to the two books that I will write about now. 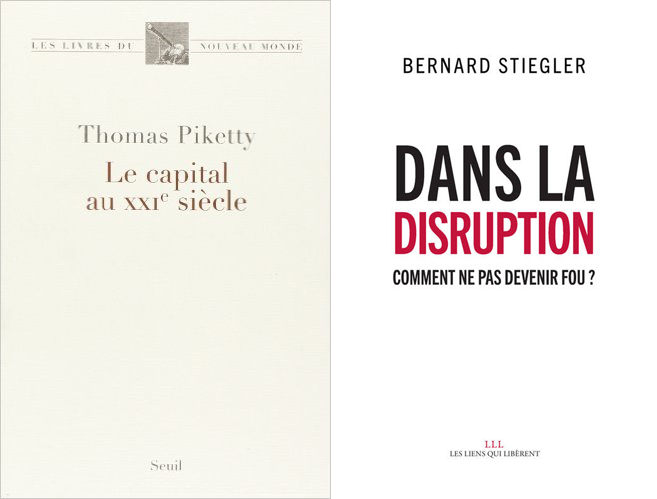 Capital in the 21st Century by Thomas Piketty is one of the most impressive books I have ever read. I will not give my summary here, and I encourage you to read the wikipedia page or slides from its website, if you do not have the courage to read some 900 pages! But again this is an absolutely remarkable book which the following 4 figures will further encourage you in trying… 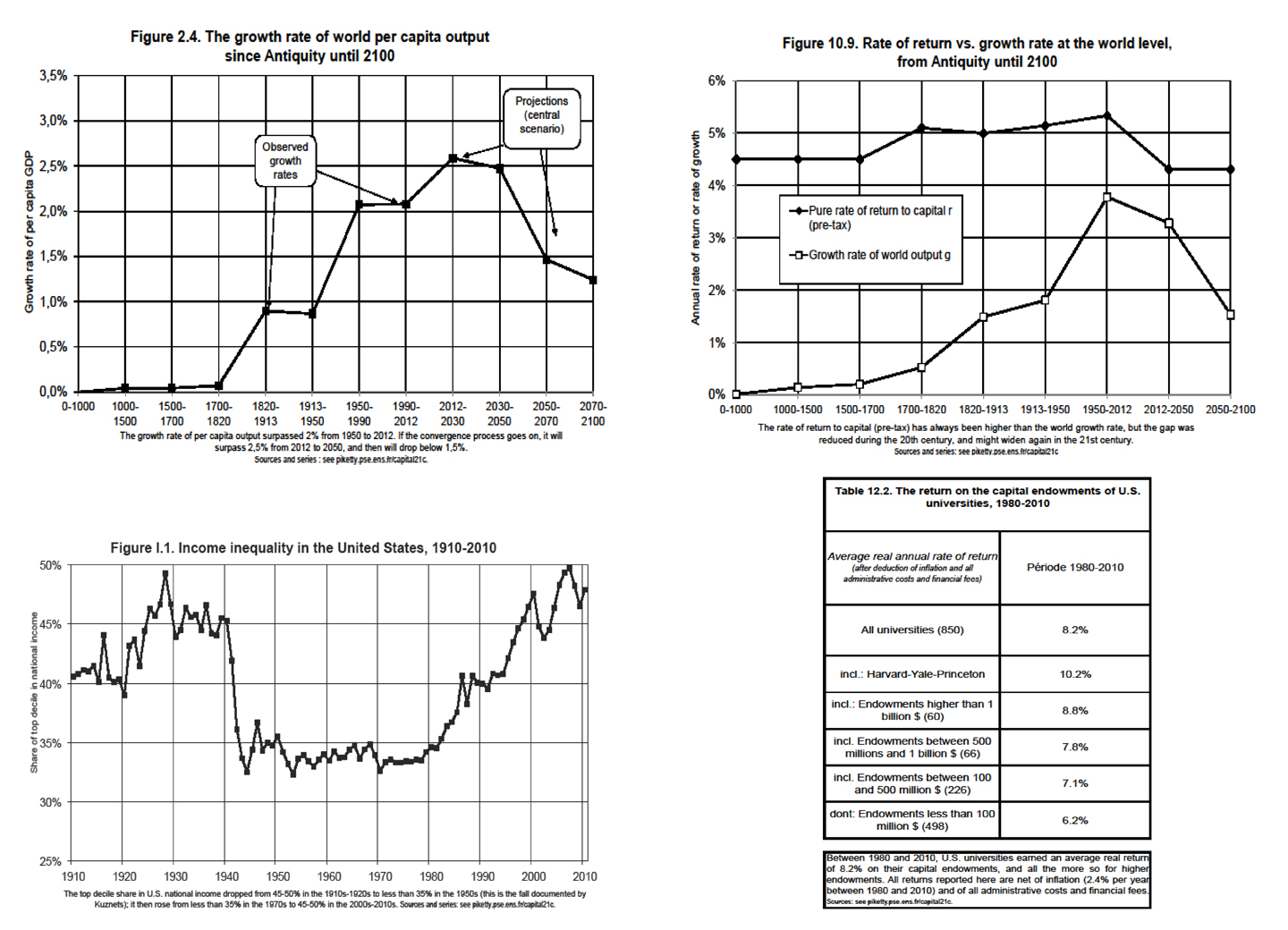 Piketty shows that capitalism has reached its limits probably due to unregulated globalization but more importantly because the growth of the planet will probably not be anymore what it was during the post-war boom. Piketty is quite close to the theses of Erik Brynjolfsson and Andrew McAfee, but he seems to me much more convincing about the causes, effects and remedies. Bernard Stiegler wrote a strange book, In the disruption – How not to go crazy? (In French only so far, but many of his books have been translated) This is a very difficult book to read, closer to philosophy and psychology, but behind the difficulty, what a fascinating analysis, rich and also taking into account the complexity of the world. If you fear the demanding reading, you can listen Stiegler (in French only )in a series of 15 one-hour epiosed produced by Radio Suisse Romande in June 2016: see the web site of Histoire Vivante that is devoted to the work of Ars Industrialis. The main thesis of Stiegler is that capitalism has gone crazy and that the absence of regulation can lead you to madness. The “disruption” can be good when it is followed by a stabilization phase. And as serious as the economic analysis of Piketty, Stiegler undoubtedly explains why people become crazy to the point of causing events like in Nice. 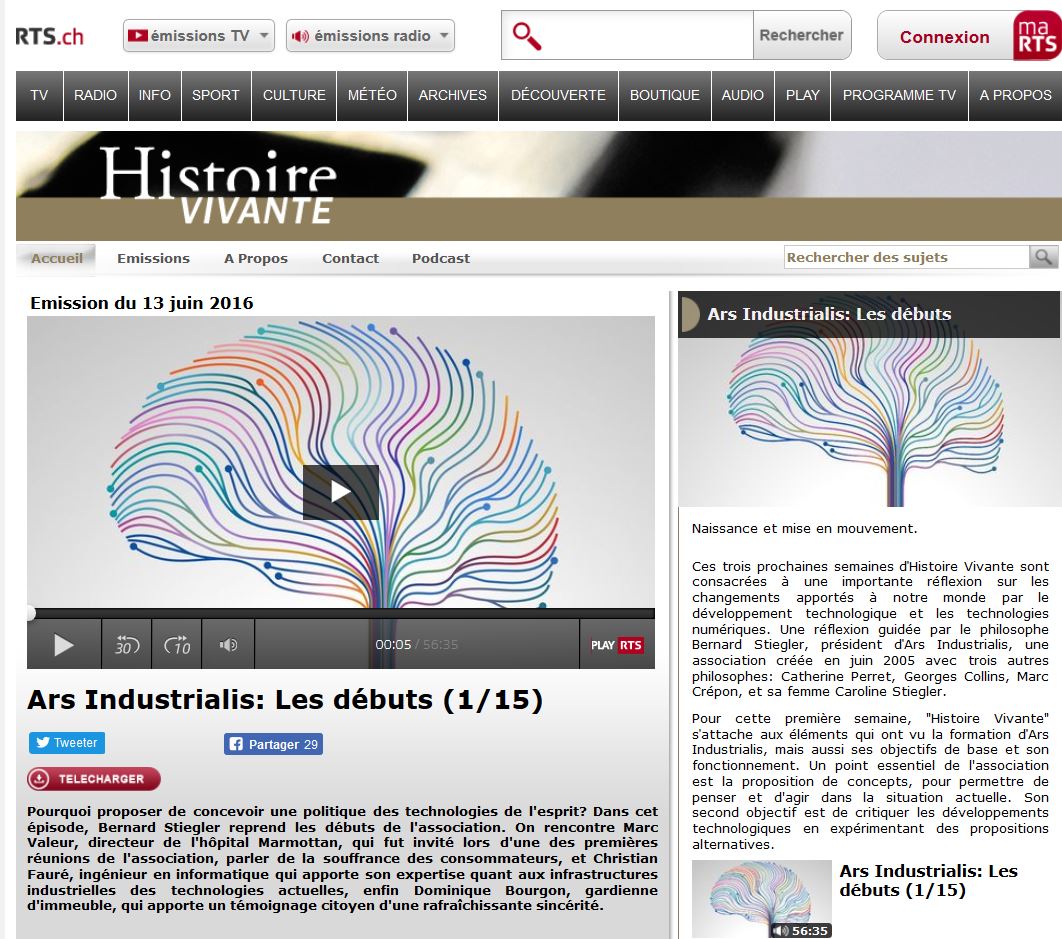 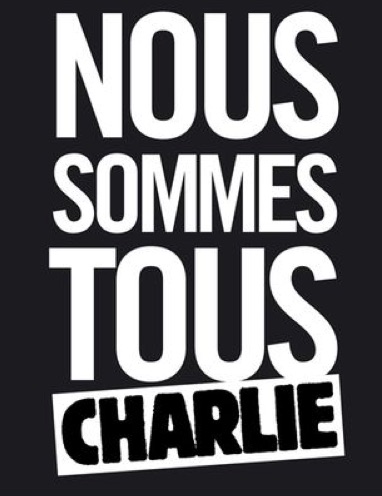 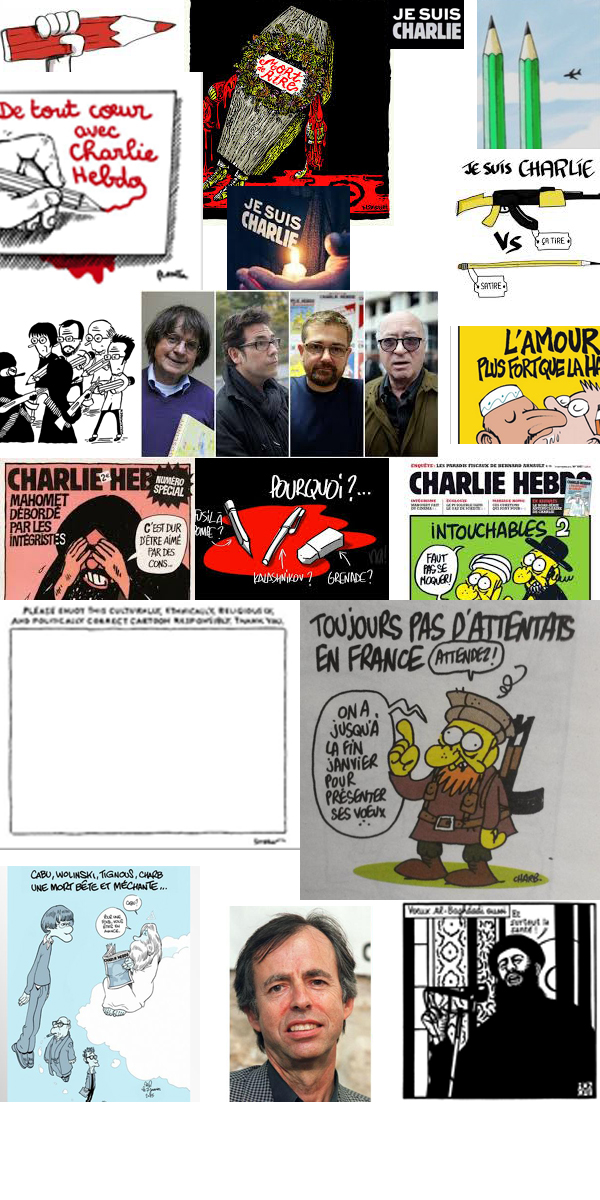 This blog is about Start-ups. But from time to time, I take the freedom of touching other topics. Often about Art. It will be again the case here. And also when tragic events occur. Last Friday, Paris was stricken again. And I do not have any answer but to say I believe in Peace and Love, not in war and hate. My brother sent me two beautiful pictures he took in Paris recently. They mean a lot. 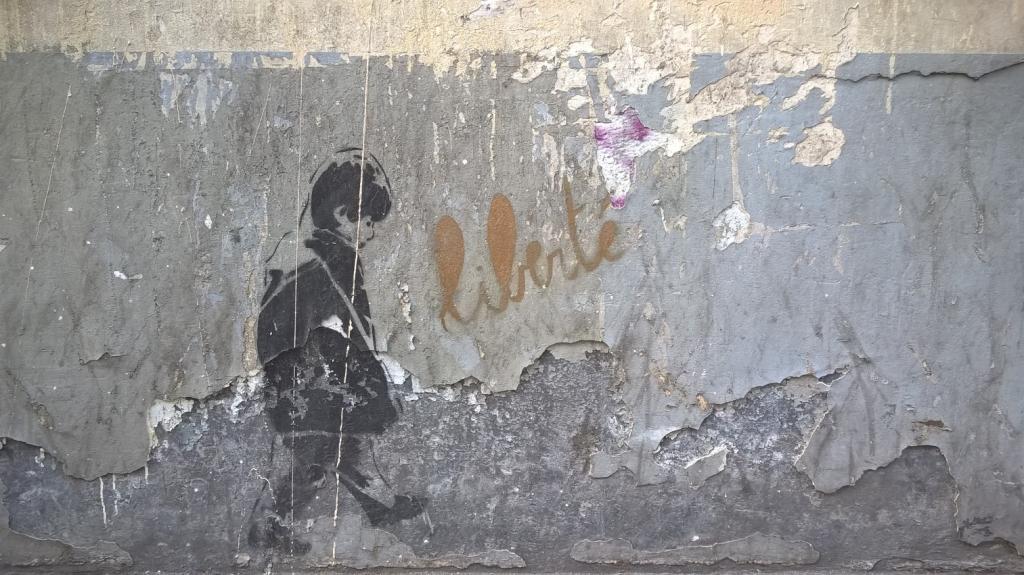 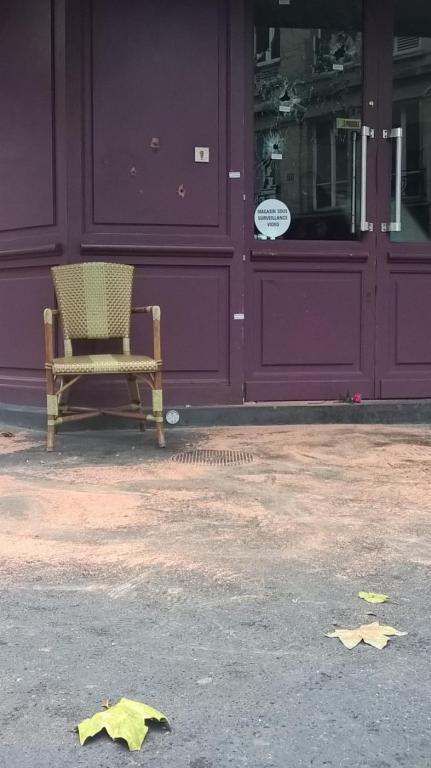 So my reaction goes elsewhere. I recieved emails on Friday night and Saturday from the Space Invader community checking that everyone was all right. People who love street art go out to find the works and take pictures. Indeed Invader was in the same mood last January. He is now invading New York City, with a fifth wave. By following him with a work in progress, I see art as an answer to the tragedy of life. 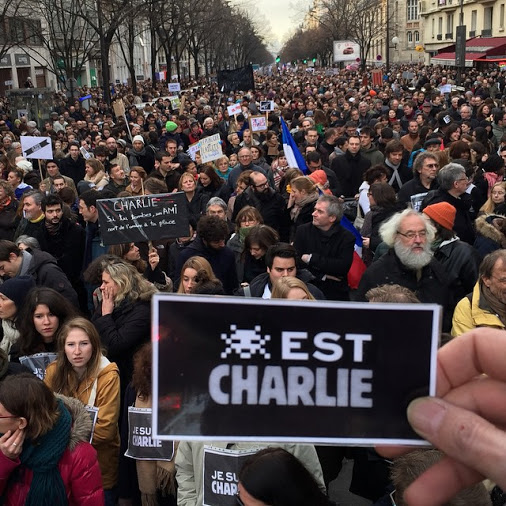 Here is my own work in progress:

as well as my map (if I gave you access – Invader asks people not to give inidcations to people who destroy his work).