As I am a big fan of both Piketty and Harari in addition to being a start-up fan, I was attracted by this article from the Stanford Magazine: This is Not Your Parents’ Economy – Inequality is putting the American Dream in peril. Here is the most striking message: 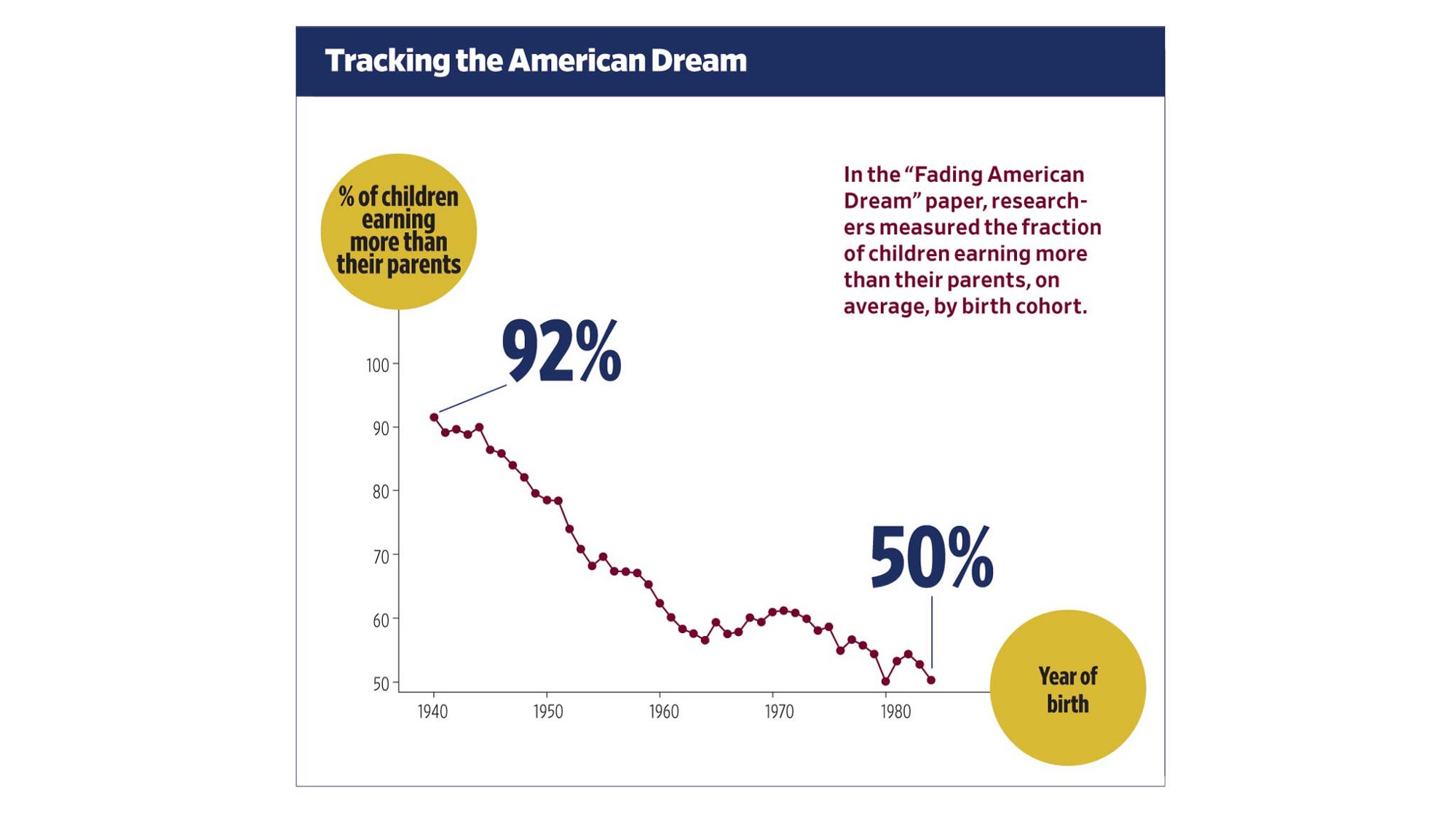 According to the “Fading American Dream” paper, 92 percent of people born in 1940 earned more in income at age 30 than their parents did at age 30. Only 50 percent of those born in 1984 did.
[…]
In trying to explain why mobility has fallen so precipitously, Chetty, Grusky and their team considered two “counterfactual” scenarios for those born in the 1980s. The first assumes higher GDP growth, equivalent to that experienced by those born in 1940 but distributed as it has been recently. The second uses the real GDP growth for the 1980s cohort but assumes a “more broadly shared” distribution. As the paper explains, “the first scenario expands the size of the economic pie, dividing it in the proportions by which it is divided today. The second keeps the size of the pie fixed, but divides it more evenly as in the past.”
[…]
The higher GDP growth scenario did increase mobility — to 62 percent from 50 percent. But the more broadly shared growth scenario did even better, increasing mobility to 80 percent. To achieve that higher level of mobility using GDP alone would require growth of 6.4 percent per year. (Recent years have seen growth under 3 percent in the United States.)
[…]
“We were able to say, if you care about upward mobility, aggregate growth wouldn’t be enough to restore it; instead, growth needs to be more equitably distributed.”