The question often arises about the difference between the two groups, business angels and venture capitalists. The simple answer, which claims that angels come at the seed and early stages whereas VCs only come later, is misleading. For example, Google got $1M from Business Angels initially whereas Yahoo got its 1st million from Sequoia. In fact the differences are elsewhere. A recent academic article theorizes some of these differences and I describe them below.

The recent academic paper I just mentioned is “Prediction and control under uncertainty: outcomes in angel investing” written by Wiltbalm, Read, Dew and Sarasvathy and published in the Journal of Business Venturing. Because of copyright issues, I am not sure you can access the paper but you can try and click the picture below. 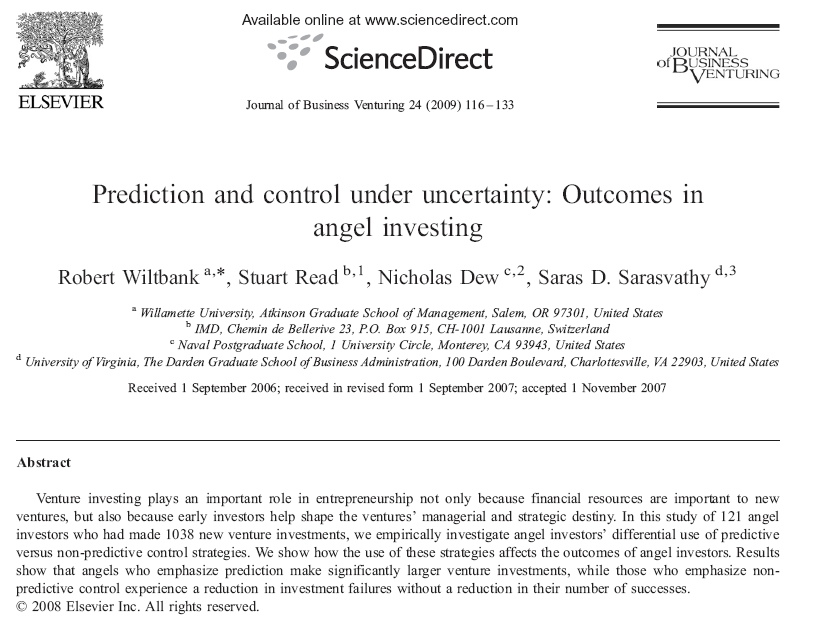 The authors define angel investor as “a wealthy individual who acts as an informal venture capitalist”. Informal venture capitalist and institutional business angel look very similar so we do not disagree. One manages his money directly; the other manages others’ money. But there is much more than this. Forget about conditions in term sheets. They have become very similar even if some claims business angels are easier to work with. You will find good and bad people in both groups. The paper I mention above is very interesting at another level. It categorizes investors in two groups. I am certainly simplifying as these academic papers are often too detailed for a blog!

On one side, the authors claim you have investors who focus on prediction, on the other side, those who emphasize control. Prediction means here that you see a long-term business opportunity and you deploy the resources adequate for this ambition. Control means you do not know about long term so you plan short term and you act as you learn. No real need for a business plan. Let me describe this further using the terms of the authors.

“Predictive strategies include market research using formal tools such as surveys, detailed financial models leading to careful calculations of risk-adjusted expected return, etc., and are very familiar to virtually anyone involved in writing business plans… However, high uncertainty may reduce the accuracy and usefulness of prediction… One concept suggests that to the extent you can control the future you do not need to predict. Such actors begin with who they are, what they know and whom they know, rather than with a predetermined vision or externally validated “opportunity.” This means that they do not evaluate opportunities based on expected return. Instead they work with any and all interested. In other words, those who commit something valuable to come on board help determine what the venture will do next. People are working on things within their control, working to expand the zone of things they can materially control, obviating the need to predict the future.”

What are the implications of the two strategies?

These are quite interesting and also surprising. If I fully understand the advantages of the control strategy, it seems strange that a homerun may come with a conservative strategy. But control does not mean conservative, it means more pragmatic. This is my understanding of the thing.

For those who read my book, you may remember the analysis of venture capital that I had taken from Tim Cruttenden. I see some similarities between his description and the two categories of the paper with the major exception that Cruttenden expects more homeruns (and more failures) with aggressive strategies. What do you think? 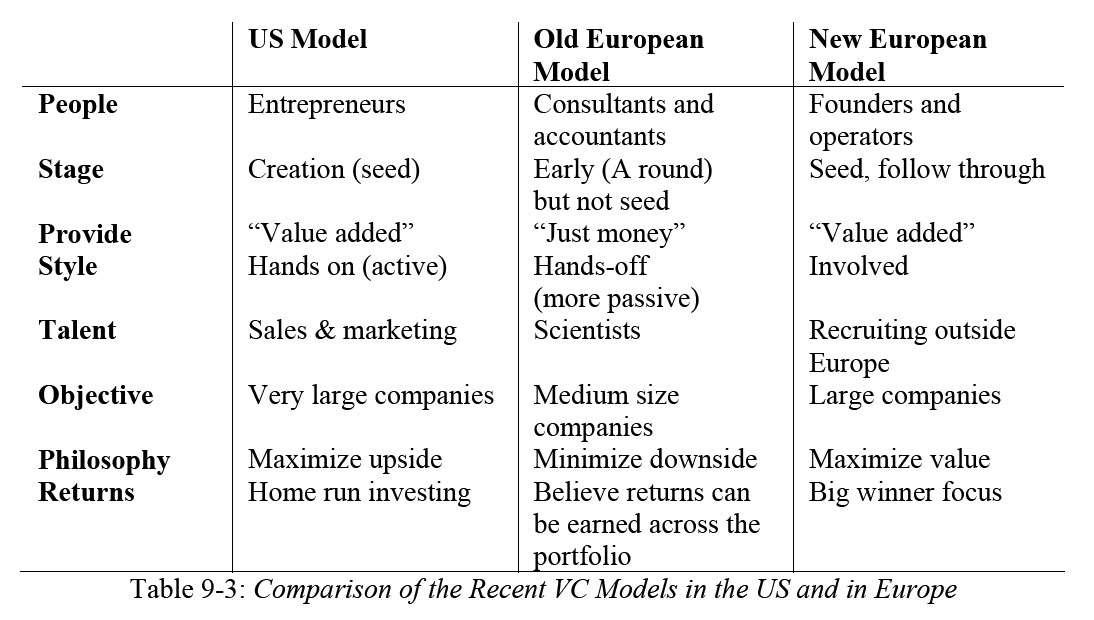