On May 26, Switzerland celebrated innovation through a full day of TV and radio broadcasts on French-speaking TSR and RSR. In particular, there was a debate on the topic on popular programme infrarouge. It is in French obviously.

So let me just add my translation of a quote by Daniel Borel, co-founder of Logitech and one of the infrarouge guests, that is extracted from an interview to magazine Trajectoire published on November 16, 2009. I think that it is consistent with what I usually publish here: 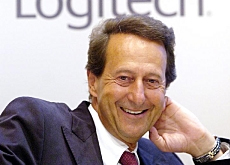 “The only answer that I may provide is the cultural difference between the USA and Switzerland. When we founded Logitech, as Swiss entrepreneurs, we had to enter very soon the international scene. The technology was Swiss but the USA, and later the world, defined our market, whereas production quickly moved to Asia. I would not like to look too affirmative because many things change and many good things are done in Switzerland. But I feel that in the USA, people are more opened. When you receive funds from venture capitalists, you automatically accept an external shareholder who will help you in managing your company and who may even fire you. In Switzerland is not very well accepted. One prefers a small pie that is fully controled to a big pie that one only controls at 10%, and this may be a limiting factor”.