I just learnt about Isilon yesterday. It certainly shows how disconnected I have been from the start-up world these days :-(. Isilon was backed by Atlas and Sequoia and went public in December 2006. It finally got acquired this week by EMC for $2.2B!

Fred Destin mentions about Isilon in his blog so you will find more info there. What I did since yesterday is looking at the company numbers since its foundation in 2001. So first, here is its stock price history as well as its revenue/profit numbers.

It was not an easy success story. Following its IPO, the company missed its numbers, lost money (no profit) until this year so that the stock price does not show a nice growing curve (even if the VCs always had a nice multiple on their investment). But the company had to wait until the acquisition by EMC to see happy employees and investors. Destin claims Atlas will finally make a 22x multiple over its investment.

What is for me (and I hope for you too!) of interest is the shareholding structure that the next table illustrates. You will have to click on it to read the details. (As usual, if you want the excel file, just ask me). 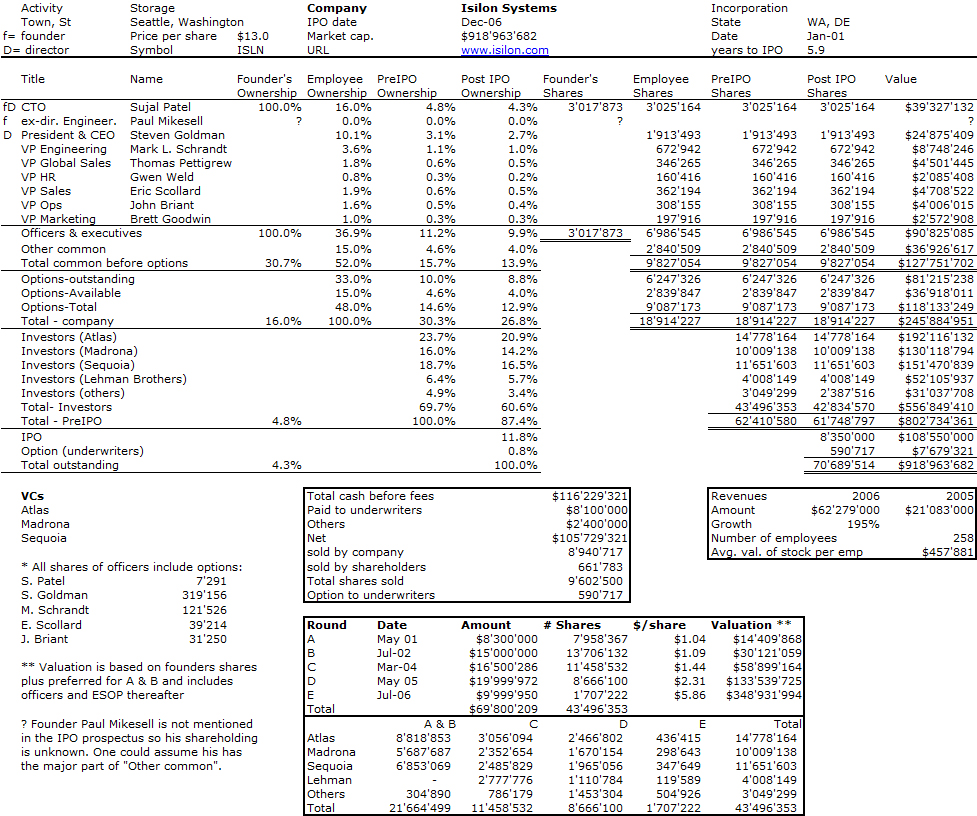 What the IPO prospectus did not say is as interesting as the rich information it provides:
– not much info on the series A and B, except the total amount, but I could not distinguish Atlas, Madrona and Sequoia investments. It would probably possible to guess the real numbers as Sequoia invested (and probably led) in the series B whereas Atlas and Madrona invested in the Series A. With prorata rules, you can make your own guess.
– Paul Mikesell, a co-founder, is not mentioned anywhere so I have no clue how much he owns/owned of the company…

Finally, Isilon was not based in Silicon Valley, but in Seattle. It’s interesting to connect this to a recent post by Bill Curley entilted the Silicon Valley IPO’s anxiety. Though Silicon Valley remains a craddle of innovation, the ratio of IPOs its experiences compared to the rest of the USA, is quite low and Curley has some explanations.

PS (November 18): I was wrong, there was more information available online: I could find the precise allocation of preferred stocks (notice there was a 2.4 stock split) and in addition Mikesell is mentioned… 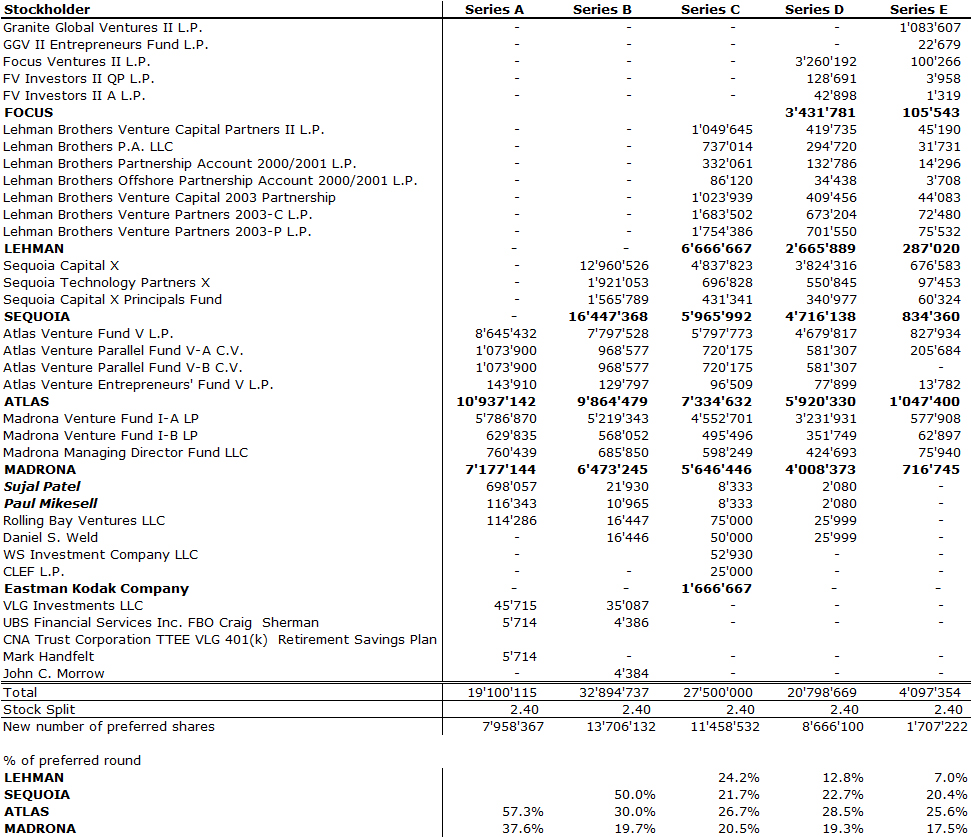