Something is going on. LinkedIn has filed to go public, many lesser known companies have succesfully done it and it is now Pandora. You can read a lot about Pandora’s filing so my contribution is limited to the following points:

– you can read below the cap. table of Pandora (and enlarge it by clicking or even download the picture, ask me for the excel file if interested)
– there were 3 founders: Tim Westergren, Will Glaser, Jon Kraft but only the first one is mentioned in the filing and the equity of the two other ones is unknown. I made the assumption that the remaining common shares belong to them, but it canot be true. It is just an assumption.
– Pandora has raised nearly $100M with its investors.
– Revenues are nice: $50M in 2010 and $19M in 2009, but the company never had a profitable year even if its recent quarters have been (about $1M for the July and october quarters).
– The company was founded in 2000, so it would have taken him 11 years to go public.

Will this be sufficient to concince investors? To be seen…. 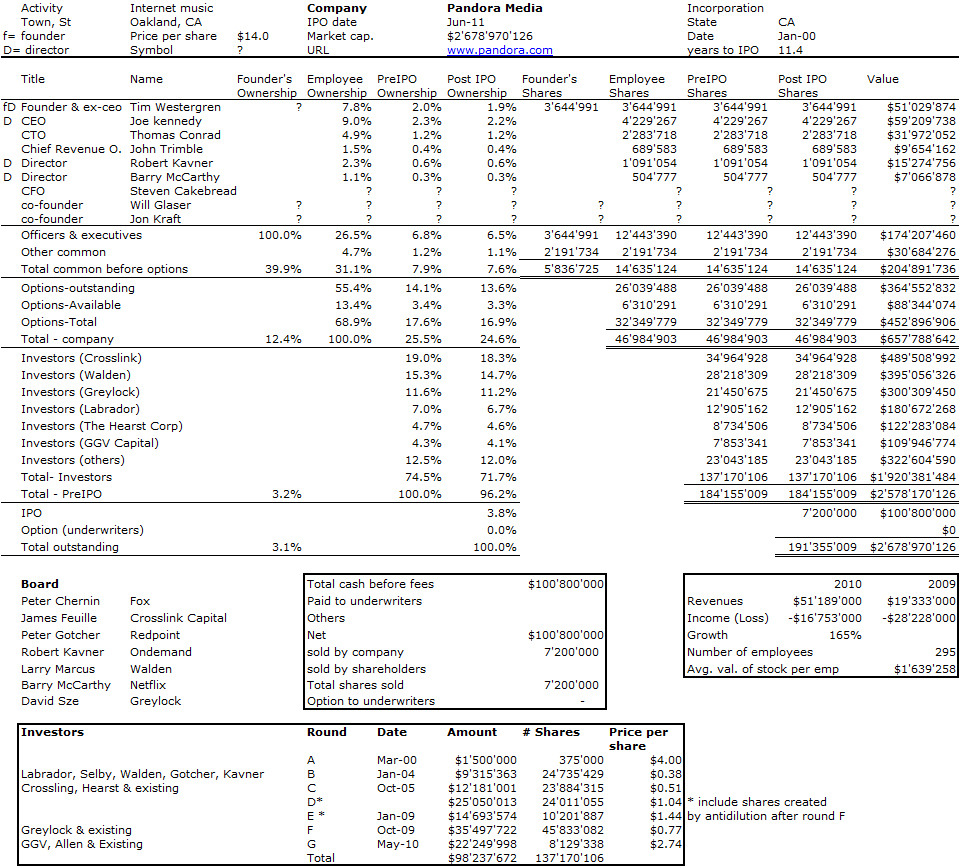