Genzyme is the second topic of my biotech series. Same approach as with Chiron. Genzyme was founded in 1981, went public in 1986, in less than 5 years. It had two founders, Sheridan Snyder and Henry Blair. It should be added that Henri Termeer was instrumental in the company success. Snyder was 45 and an entrepreneur who after Genzyme will create again new companies. Blair was a researcher at Tufts and was 37. He would become an entrepreneur again.

Genzyme had some revenues but no profit when it went public. Oak was the main investor and both Advent and Rothschild had about 5-6% of the company. Interestingly enough, just like Genentech (with Roche) and Chiron (with Novartis), Genzyme has been recently acquired by a European pharma: Genzyme has been acquired by Sanofi-Aventis for $20B.

Next: a few features about Biotech founders and start-ups. 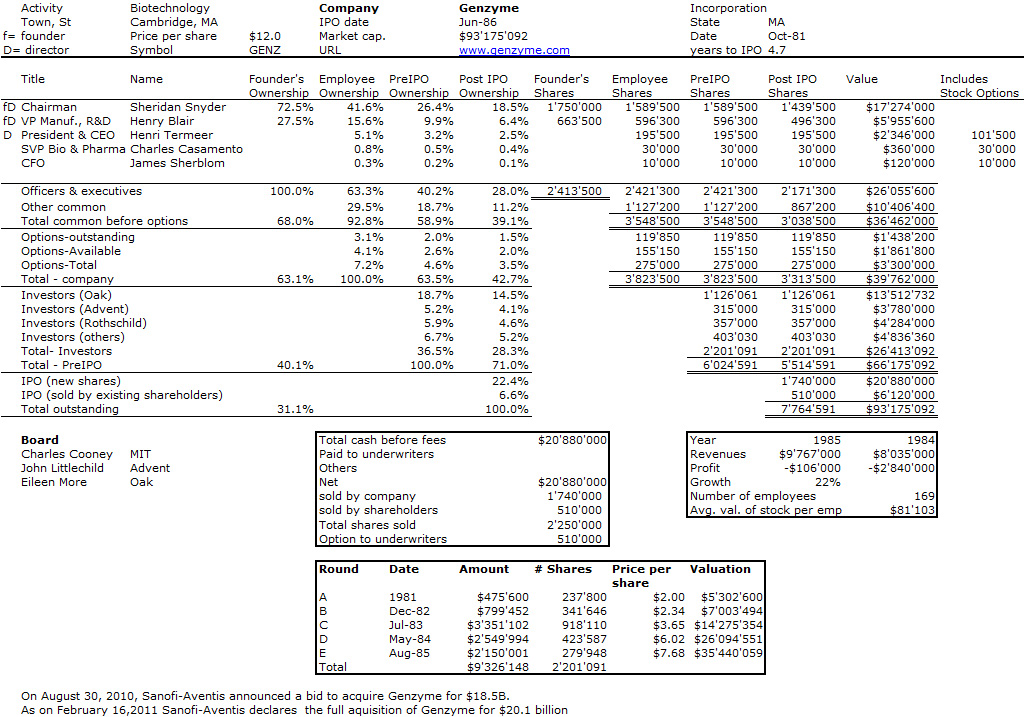 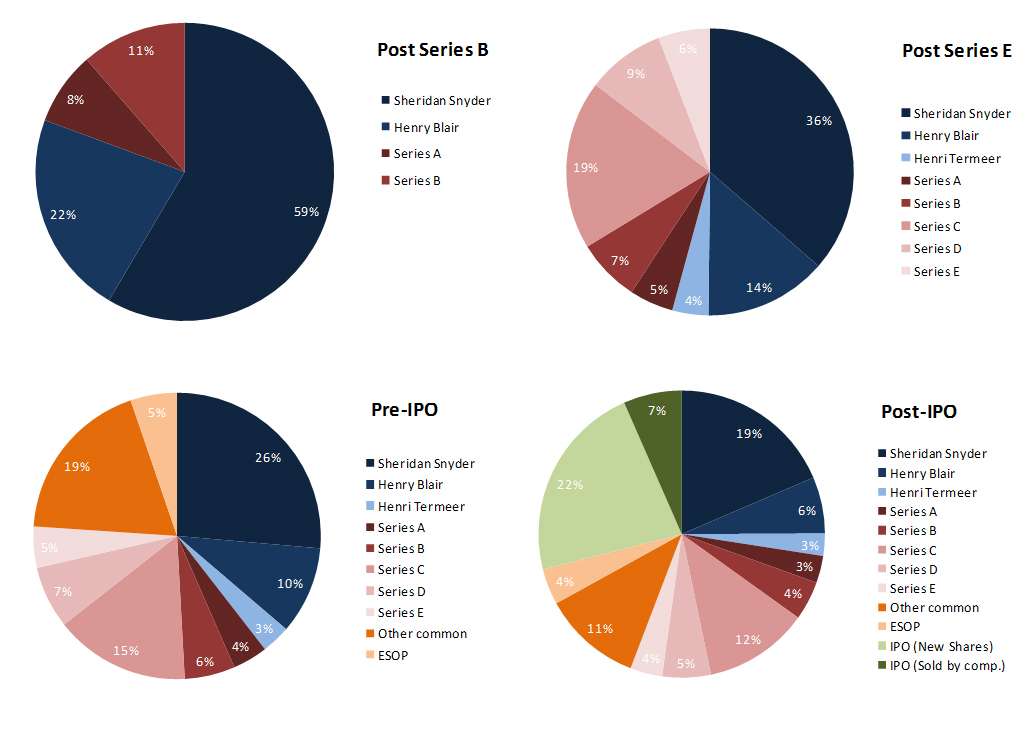