In my regular work of compiling equity structures of start-ups, I fell twice in a row on Chinese start-ups. And twice, Sequoia was a large investor. And twice, they were incorporated in the Cayman islands. I do not know much about China, but this simple “discovery” is of interest. One start-up is in the Internet field, VIPShop, and the other one in biotechnology, NewSummit. 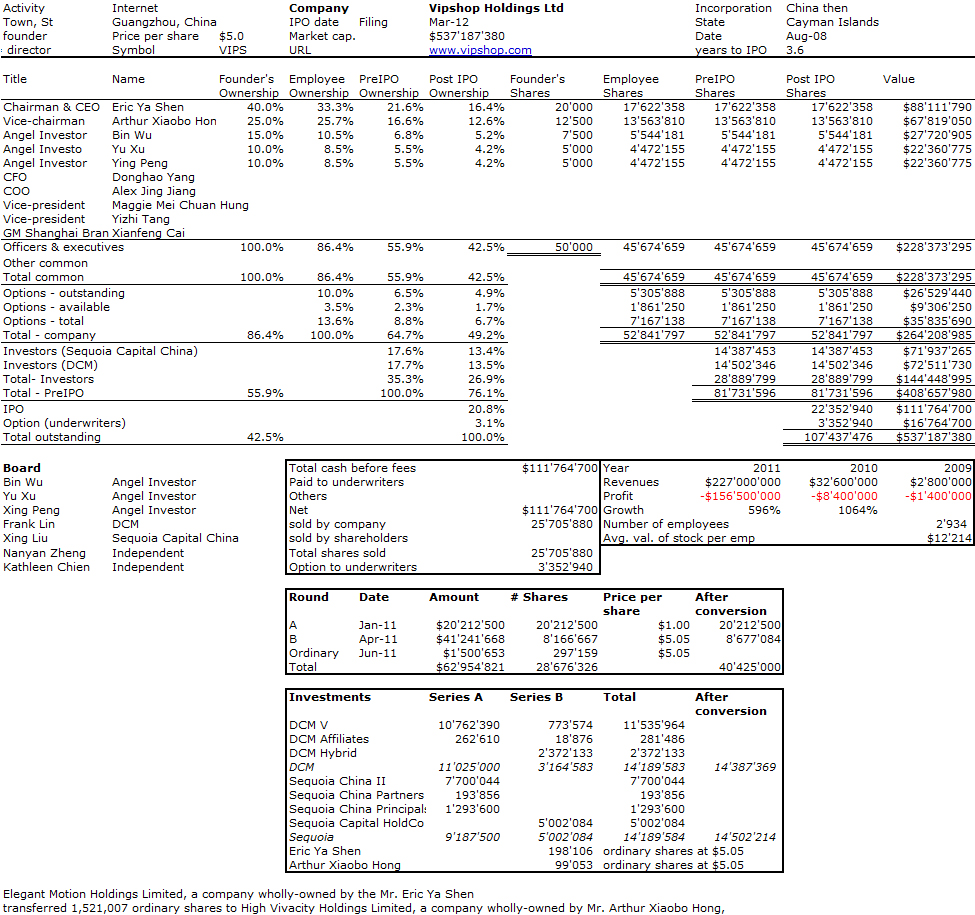 Here is the rather complex holding structure, which probably made possible a Sequoia investment in a Chinese start-up. 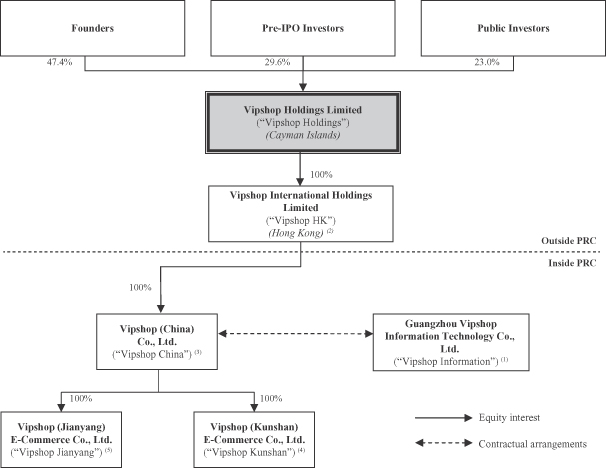 I tried to find some common features among the founders: none seemed to have studied or worked outside of China, which I think is interesting and somehow unusal with high-tech entrepreneurs. Their age: 32, 33, 36 and 37, which makes an average of 34.5. My overall average (see my analysis) over 257 founders is 34.9. I could not find any picture of them but this could be linked to the fact that the sites are usually in Chinese. 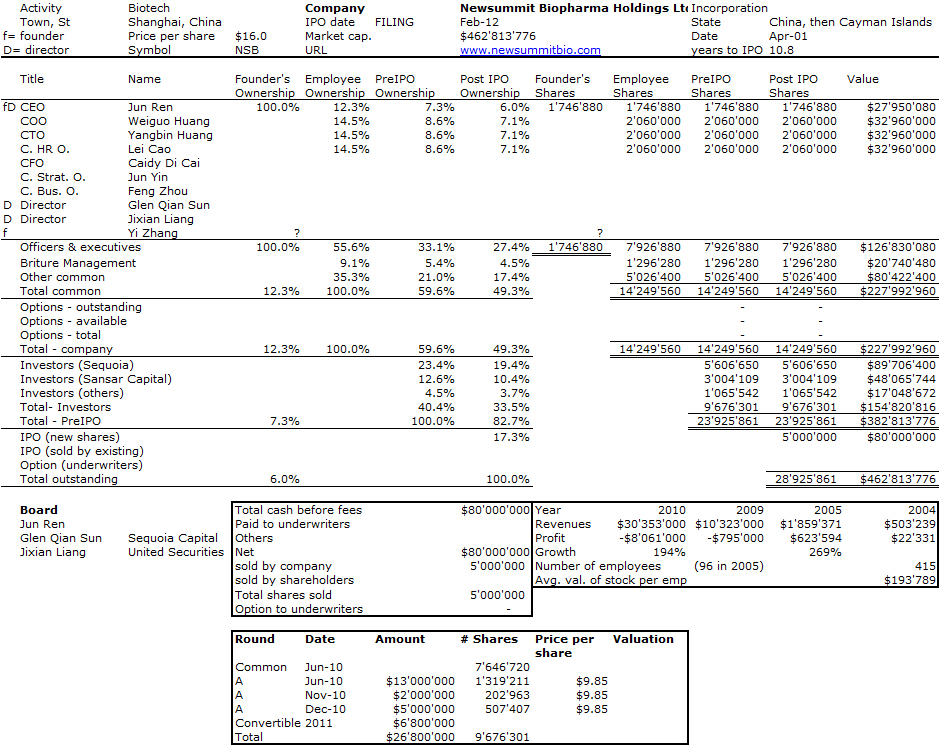 1 thought on “Once is an exception, twice is a trend: Sequoia Chinese IPOs”