Freeman Dyson is a strange scientific blend of wise and moderate conservatism and pioneer of iconoclasm. He advocates cold analysis but loves what is strange. I just read The Scientist as Rebel, a wonderful book where everyone can find his or her share of intellectual stimulation. 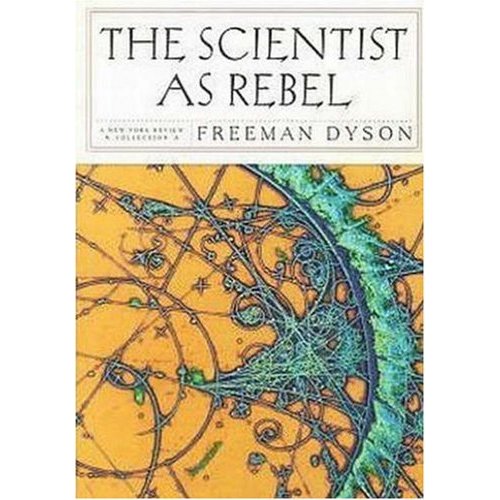 Any relationship with innovation or entrepreneurial high-tech? Very little directly, and the subject is closer to my other articles on the books about reflexions on science (Smolin, Ségalat for example). There are actually many connections between scientific research and technology innovation, not the least being the question of creativity. Another tenuous link: he is the father of Esther Dyson, famous venture-capitalist in Silicon Valley.

Failure is another example. In an interview Dyson gave before writing this book said about its role: “You can’t possibly get a good technology going without an enormous number of failures. It’s a universal rule. If you look at bicycles, there were thousands of weird models built and tried before they found the one that really worked. You could never design a bicycle theoretically. Even now, after we’ve been building them for 100 years, it’s very difficult to understand just why a bicycle works – it’s even difficult to formulate it as a mathematical problem. But just by trial and error, we found out how to do it, and the error was essential. The same is true of airplanes.” From Freeman Dyson’s Brain

The Title “The Scientist as Rebel” also reminds me the quote by Pitch Johnson which I had mentioned in Entrepreneurs and Revolutions: “Entrepreneurs are the revolutionaries of our time.” And he had added: “Democracy works best when there is this kind of turbulence in the society, when those not well-off have a chance to climb the economic ladder by using brains, energy and skills to create new markets or serve existing markets better then their old competitors”

In this book, Dyson writes about ethics, religion, climate change and about scientists as different as Gödel, Erdös, Hardy, Oppenheimer, Feynman of course, Teller the indefensible, and Thomas Gold whom I had never heard of.

The chapter is called “A Modern Heretic.” Gold has covered topics as diverse as
– the physiology of the ear (validated 30 years later despite resistance of many kinds),
– the instability of Earth’s axis of rotation,
– the abiotic origin of natural gas and oil, (i. e. not derived from the degradation of living creatures)
– the existence of life within the Earth’s crust,
– the interpretation of pulsars.
He had no fear of making mistakes on such topics as
– the steady state universe,
– the moon’s surface being covered with a fine rock powder.
Gold was “an intruder but certainly not an ignorant” and added that “science is not fun if the scientist is never wrong.” I just found another blogger article on Gold: The Radical Ideas Of Thomas Gold.

Dyson has written a challenging, exciting book, and I can only encourage its discovery!