It is in discovering the Parrot investment in two EPFL start-ups, senseFly and Pix4D, that I was reminded a start-up which recent success I did not know. I am sometimes very much disconnected! I had indeed met its founder, Henri Seydoux, in one of these start-up conferences that were popular in the late 90s. The start-up had already received support from Sofinnova, but it was less than 5 years old and was far from its € 250 million turnover achieved in 2011 and its 700 employees it has hired since!

As usual, I could not help but get its IPO filing document, and also some older material on the French register of commerce, which allowed me to build the following capitalization table. 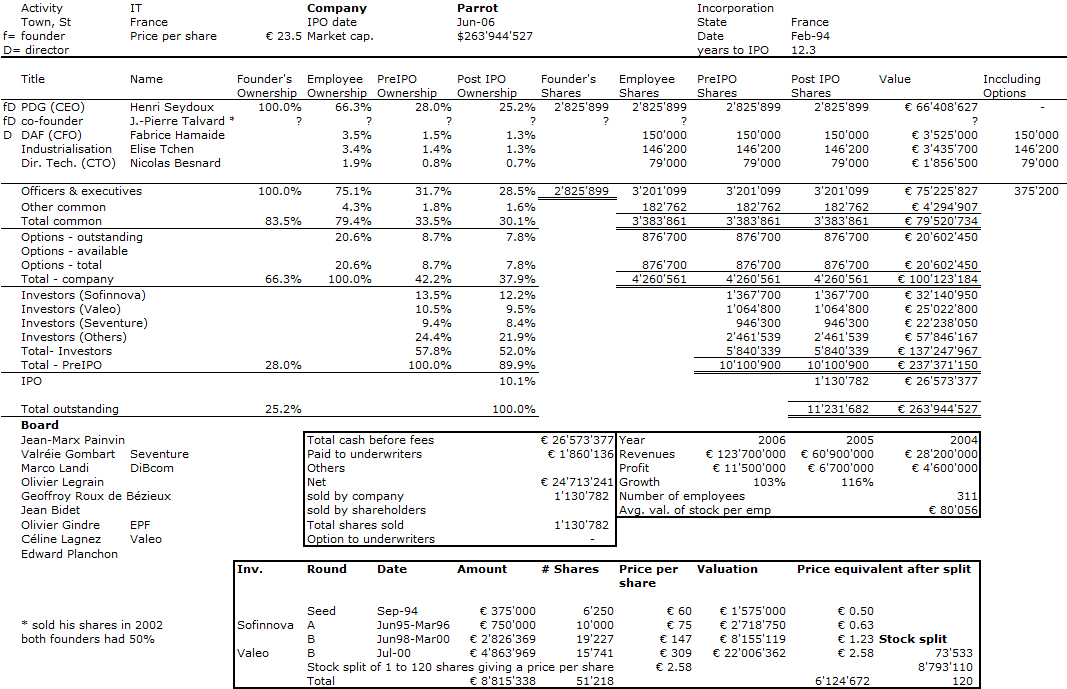 To learn more about Parrot, the following video is quite refreshing …

Finally, I also wanted to try to learn more about Henri Seydoux, intrigued by a fairly famous family name in France … this work is probably closer to the tabloids than this blog but hey, I find the genealogy interesting! 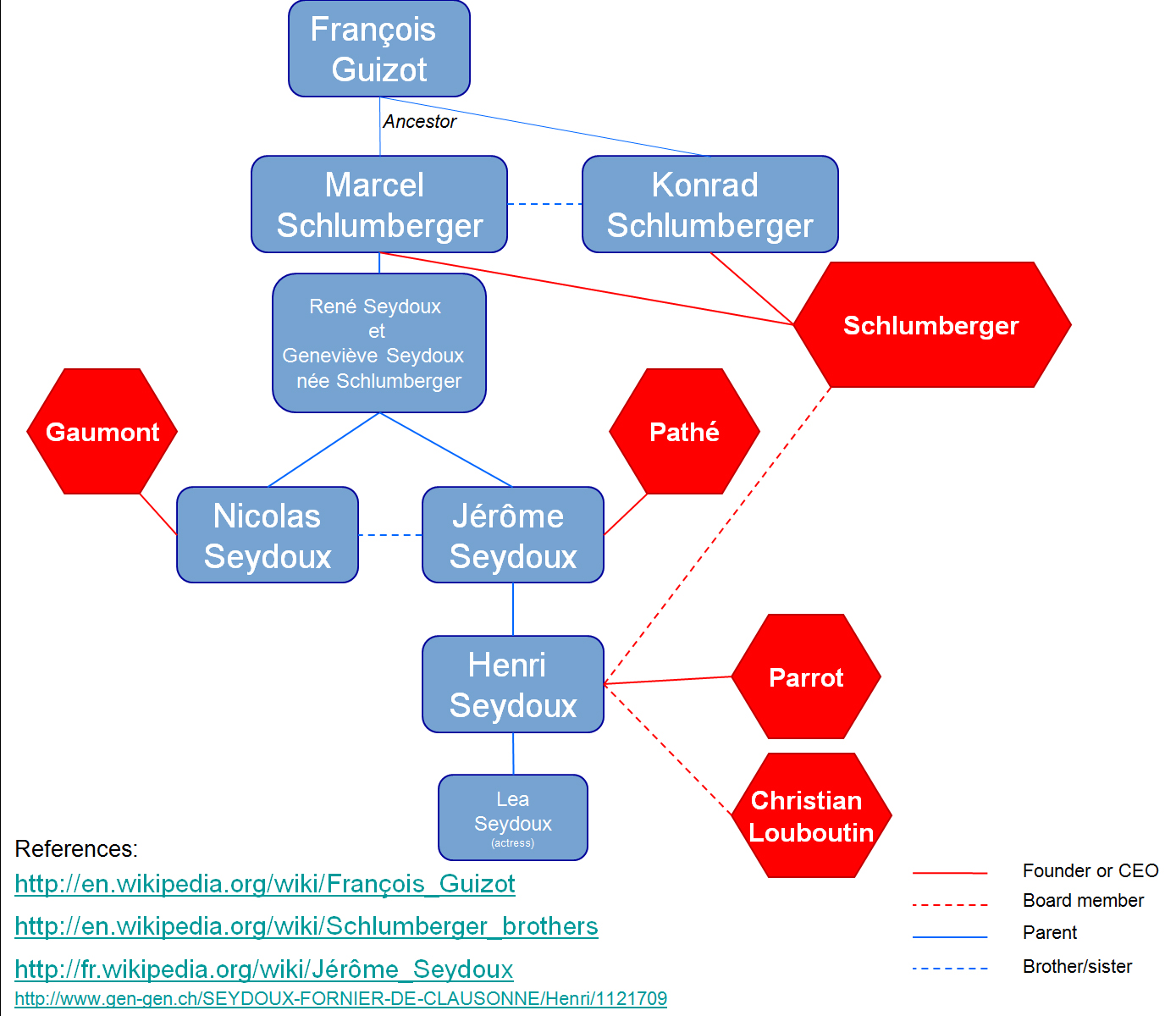