My friend Jean-Jacques reminded me about this new study about entrepreneurship at Stanford University. Charles Eesley (who is also the co-author of the study on MIT impact) and William Miller have published it last October after surveying thousands of Stanford alumni. I was a little disappointed by the findings, but it might because I am biased (I work on the topic too, check my previous post on Stanford entrepreneurs) and also because I preferred the MIT study. But there is so much to say and analyze about Stanford! There are still very interesting data (see figures below), and it begins with the executive summary:

“The report […] estimates that 39,900 active companies can trace their roots to Stanford. If these companies collectively formed an independent nation, its estimated economy would be the world’s 10th largest. Extrapolating from survey results, those companies have created an estimated 5.4 million jobs and generate annual world revenues of $2.7 trillion.” [Page 6]

I also liked very much the small paragraph on risk-raking [Page 27]: When we asked Bechtolsheim whether taking on risks was part of the reason for his successes, he instead offered: “Risk is the wrong word. To me, Sun was a zero-risk startup because I knew there was a large market opportunity for this product. It was just about getting it out the door and selling it. Quite frankly, good startups don’t take on a lot of risk. They focus on making the right technology choices and product investments to go after significant market opportunitites. If you build the right product at the right time for the right market, success is much more predictable. That’s true even today.”

Now the figures I noticed, but there are many more: the initial capital raised by start-ups is high. It is consistent with my data on 190 public companies. The average value is $7.2M overall in my study and the median $3.0M (all fields included; the figures become $6.4M and $2.7M without biotech). 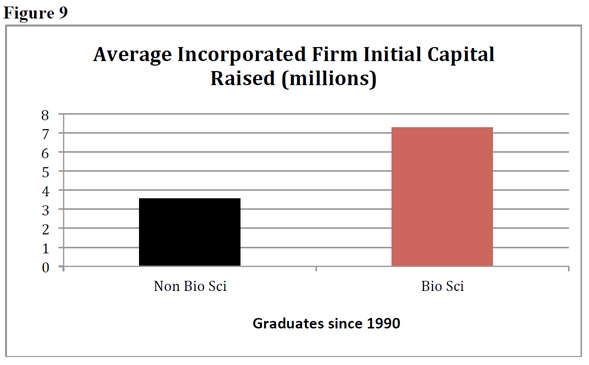 It is no news that many founders are immigrants. Here is a new illustration 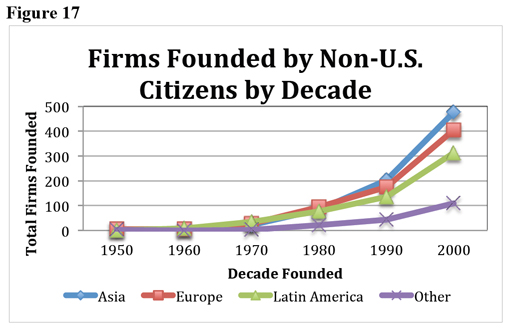 Finally there is an interesting trend about how many years after graduation, alumni become entrepreneurs. 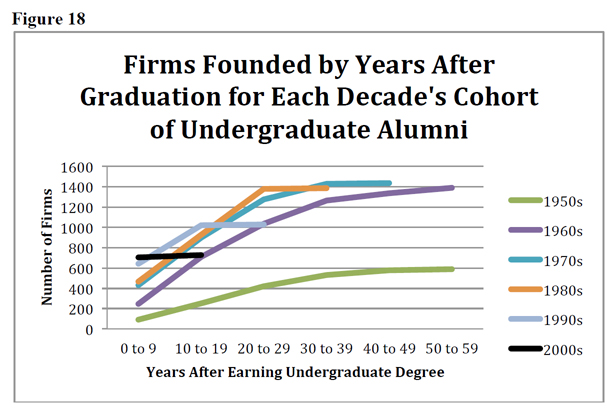