I finally read the Steve Jobs biography by Walter Isaacson. I hesitated a long time (the original edition was published in 2011) because I feared disappointement. I had read the excellent The Apple Revolution as well as Return to the Little Kingdom. I finally read it in French and it is excellent. Read it if you have an interest in the topic. I’m not going to do any analysis, but as I usually do just mention some striking or subjective extracts. The citations refer to the French paperback release dated October 2012. 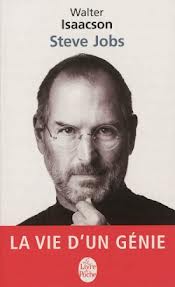 Various cultural earthquakes upset San Francisco and SiIicon Valley in the late 1960s. There was the technological revolution, initiated by the increase of military contracts, which had attracted electronics companies, chip manufacturers, designers of video games and computer manufacturers. There was a sub-culture, the pirates – inventors of genius, cyberpunks, dilettantes as well as pure geeks, they also had in their ranks electronicians refusing to fit the mold of HP and their impetuous children who wanted to break down all barriers. There were (quasi-academic) research groups, who led in vivo experiments on the effects of LSD, such as Doug Engelbart’s Augmentation Research Center, who would later work at the development of the mouse and graphical user interfaces, or Ken Kesey, who praised the psychedelic drug in shows, combining music and light, run by a group of musicians who became the legendary Grateful Dead. There was also the hippie movement, from the Beat Generation of Kerouac, a native of San Francisco Bay, and political activists, born out of the Movement for Freedom of Expression of Berkeley. And encompassing all that, there were various spiritual movements seeking inner enlightenment – Zen, Hinduism, meditation, yoga, primal scream, sensory deprivation and Esalen massage.
Steve Jobs was the embodiment of the fusion of Flower Power and microchips, the pursuit of personal revelation and high tech: he was meditating in the morning, followed in the afternoon courses in physics at Stanford, working the Atari at night and dreaming of starting his own business. [Page 114]

A passion for entrepreneurship

Bushnell is of this opinion: “To be a successful entrepreneur, you must have something special and I saw this thing with Steve. He was not only interested in electronics, also by business. I showed him that one had to behave as if one would succeed in what one wanted to achieve and then everything would naturally follow. That’s what I always say: if you pretend to know what you do, people will follow. “[Page 111]

His closest friends think that having learned so young, he had been abandoned at birth had left indelible scars. “The need for total control of what he did comes from this injury” [Page 34] … “The most amazing thing about Steve is that he cannot help being cruel to some people – a kind of Pavlovian response. The key to the mystery is the fact that he was abandoned at birth.” [Page 35]

So he went back to Nolan Bushnell, “Steve asked me to put fifty thousand dollars on the table and in exchange he’d give me a third of Apple’s shares. I thought I was smart and I said no. When I look back, I still laugh. Not to cry!” [Page 142]

– “This is madness. It is impossible. ”
He was answered that Jobs would not listen.
– The best definition of this oddity, you find it in Star Trek. Steve creates a reality distortion field. In his presence, reality is malleable. It can make anyone believe almost anything. The effect of course disappears, when he is not there, but it prevents you seriously to have realistic expectations for anything.
RDF was a confusing mix of charisma and mental strength, it is the willingness to bend the facts so they fit the mold. [Page 207]
When Jobs decreed that the sodas in the fridge would be replaced by organic orange and carrot juice, someone on the team had printed T-shirts with: “Beware of Reality Distortion Field!” And on the back: “It comes from the juice!”

“Better to be a pirate than join the navy” [Page 248] And the Jolly Roger decorated with the Apple logo floated for a few weeks on the roof of Bandley 3.

The chapters on Jobs’ private life and Pixar are quite interesting. About the IPO of Pixar: “Earlier that year, Jobs had tried to find a buyer for Pixar, for fifty million dollars, just to recover his funds. At the end of this historic day, the actions he had kept – about 80% of the company – were worth more than 20 times that amount: one billion two hundred million dollars! It was nearly five times more than he had gained with the Apple IPO in 1980. But Jobs did not care to make a fortune, as he told John Markoff of the New York Times: “I do not intend to buy a yacht. I never did it for the money.” [Page 471]. He is in this respect very different from Larry Ellison, founder and CEO of Oracle with whom he became a friend who helped him to return to Apple.

In this regard, there is an funny anecdote page 482: “Two years ago, Guy Kawasaki, Macworld magazine columnist (and former Apple evangelist) published in the magazine a parody telling Apple was buying NeXT and elected Jobs as CEO. The article featuring Mike Markkula talking to Jobs: “You want to spend the rest of your life selling Unix with a nice coating, or change the world?” And Jobs replied:” Now I am a father and I do not want to play adventurers.” The article made the assumption: “Following his troubles with NeXT, it is possible that Jobs, in his return to the parent company, will bring the Apple management a dose of humility. Bill Gates was also quoted; he said that if Jobs returned to the business, Microsoft would again have innovations to copy! Everything was invented and purely humorous. But the reality has this annoying habit of catching up all satires. “([Page 482 and see below]

And on his return: “His credo was perfection. He was not very good at compromise, or to arrange with reality. He did not like complexity. This was the case for the design of his products and the furniture of his houses, it was the same for his personal commitments. If he was sure of himself, then nothing could stop him, but if he had doubts, he sometimes preferred to throw in the towel rather than ending up in a situation that did not satisfy him completely. [Page 509]

[With Markkula] They spent the rest of the time talking about the future of Apple. Jobs wanted to build a company that survives him and asked for his advice. Markkula replied that companies that remain are those who knew how to renew. That had been constant with Hewlett-Packard, beginning by constructing measuring instruments and then calculators and then again computers.” Apple was ousted by Microsoft from the market for personal computers, Markkula explained. You must change the course of Apple to another product. You have to be like a butterfly and accomplish your metamorphosis.” Jobs was hardly talkative, but he retained the lesson. [Page 515]

The music was obviously an essential art in the life of Jobs. We know his passion for Bob Dylan, Joan Baez, and the Beatles. But here’s a most interesting part: Bach, he said, was his favorite classical composer. He particularly liked the contrast between the two versions of the Goldberg Variations recorded by Glenn Gould – the first in 1995 by the little-known pianist of twenty-two years that he was, and the second in 1981, a year before his death. “They are like night and day, Steve told me one day after having listened to one after the other. The first is exuberant, young, brilliant, played so fast that it is a revelation. The second is more efficient, more austere. It reveals a deep soul, a painful experience. “Jobs was sick for the third time when he listened to the two versions. I asked him which was his favorite version. “Gould preferred the latest version. In the past, I preferred the first, the exuberant. But now, I understand better what he meant.”

Isaacson ends his book with a brilliant remark by Jobs on the topic of life and death. “But on the other hand, maybe it’s like an on/off switch. Click and nothing more!” He paused again and smiled. “This is surely why I never liked the on/off switches on the Apple products.”

I could have put these final remarks earlier in the section A passion for entrepreneurship. “My passion has been to build a sustainable business, where people were motivated to manufacture great products. Everything else was secondary. Of course, it was great to make a profit, because it allowed us to create good products. But the motivation is the product, not profit. […] The difference is subtle, but in the end it is crucial because it defines all the people we hire, those we promote, the topics we discussed at meetings. […] People do not know what they want until they have it in front of them. That’s why I do not care about market research. […] The intersection between the arts and sciences. I love this juncture, IL has a magical aura. […] Our innovation holds a large part of humanity. I think great artists and great engineers are similar .. Both have the desire to express themselves. […] I have my own theory to explain the decline of companies like IBM and Microsoft. The company did a great job, innovates and comes almost to a monopoly in some areas. It was then that the quality of the product becomes less important. The company praises great sales people […] that eventually take control of the company. […] I hate people who say they are entrepreneurs when their sole objective is to build a start-up that they will sell or go IPO. They do not have the desire to build a real company. […] People should never stop innovating. […] I think most creative people want to thank their predecessors who left their legacy.” [Pages 889-892]

An incredible life. Jobs will remain one of the biggest celebrities of the twentieth century. I wondered when I finished reading this book what I remember of Apple and Jobs and here is the result. 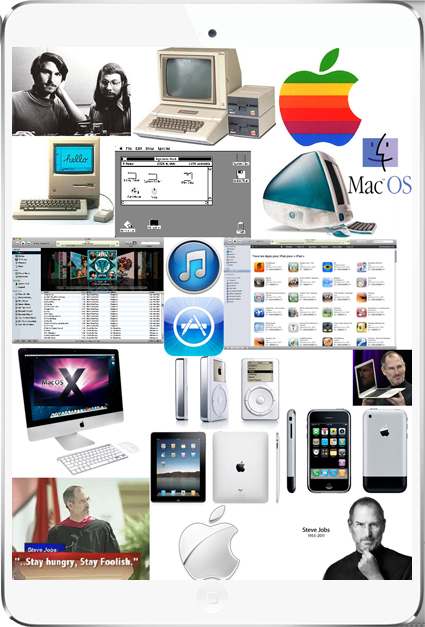