Here is my fourth contribution to Entreprise Romande. I realize now it is often about failure and innovation. This new article maintains the tradition. And because it was a special issue about failure, let me provide a translation of the editorial. 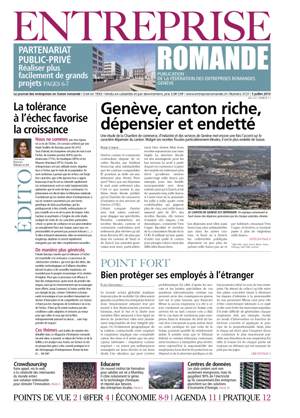 We are not all equal vis-à-vis failure. The fact is confirmed by a detailed study published by Barclays in late 2012. First, Europeans have more difficulty seeing failure as positive (69%) than Americans (71%), Asians (80%) and Middle Easterners (91%). Second, entrepreneurs have a less negative attitude towards failure than the rest of the population. They often think that failures have shaped their character, that this event has taught them a lot and they were able to bounce back quickly. Entrepreneurs are also far more optimistic than the rest of their fellow citizens. This phenomenon is described in the medical literature: it seems that a high number of successful entrepreneurs are characterized by a genetic form of psychiatric bias, which predisposes them to be creative, enthusiastic and somewhat less apprehensive vis-à-vis risk taking. John Gartner, the psychiatrist at the origin of this study, highlights the specific features of these characters: “Having that kind of confidence can lead to blindness when facing risk, because these individuals do not believe they can fail. (…) However, if they fail, they will not stay down for long and will soon be energized by a completely new idea”.

More generally, the Barclays study shows that tolerance for failure is essential to growth. The process of “creative destruction”, that is obsolete ideas, technology and business models give way to new impulses, is essential to economic progress and job creation. For this process to be effective, we need entrepreneurs who want to take risks, and an environment that supports their efforts. Until now, Switzerland seems to have done OK, as evidenced by its economic health and its high ranking in terms of innovation and competitiveness. As the Swiss are not the champions of tolerance for failure, they must be supported by appropriate framework conditions and encouraged so that those who have the entrepreneurial spirit may try … without taking too much risk! These topics are covered in great detail in the Magazine Entreprise romande. The taboo of failure and bankruptcy is analyzed in all its forms and put into perspective with practical advice and testimonials from entrepreneurs. Happy reading … enjoy the summer!

and here is my contribution:

Does the Swiss culture tolerate failure? 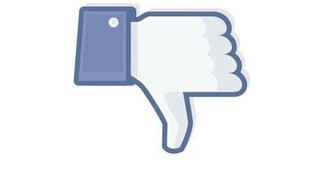 “The Swiss Society gives us so many slaps in the face through education that we are afraid of being creative, because we show then our weaknesses. By expressing our dreams, we do an intellectual striptease; it is feared that others see them as bad, not good, not nice and not fair.” So speaks Elmar Mock, inventor of the Swatch and founder Creaholic. The Swiss school system is indeed not known for its creativity. The famous (in French speaking Switzerland) « faut se gaffer » (“don’t be goofy”) might make you smile. Our teachers too seem to give more importance to the rigor than to the creativity of our little darlings. The room for error is unconsciously repressed. If one accepts the idea that innovation is above all creating in situations of uncertainty, the statement is worrying. Yet Switzerland is world champion of innovation in almost all global reports. Is there a contradiction?

Innovation is a subtle thing. Innovation is not limited to invention and innovation is not about technology only; it is the result of a process, following which are created products, services or new processes that will have to demonstrate that they answer a (commercial or non-commercial) need. The process leading to innovation is long, unpredictable and hard to control, innovation cannot therefore be planned and we have to accept failure.

Clayton Christensen, a professor at the Harvard Business School, built a theory explaining the process of disruptive innovation, the one innovation which allows the emergence of new revolutionary products such as the Internet, the mobile phone, but also the low-cost airlines, the one innovation which also allows new players to emerge and replace their older competitors. According to Christensen, disruptive innovation cannot occur within established institutions. The best companies are listening to their customers and those only want to improve existing products and will rarely desire new products. The U.S. has seen more than 80 major new companies emerge since 1970, and France, only 4. And Switzerland?

Switzerland is world champion of innovation firstly because the framework conditions are excellent. Everything is done for businesses to succeed, minimizing barriers and constraints. Then, because there is a culture of work well done. Apprenticeship, in the early years of training, helps in maintaining this tradition and Swiss companies are known to be listening to their customers in order to improve existing products in the right direction. But what kind of innovation are we talking about? Probably not about the one which enables technology breakthroughs. No, rather of a different type of innovation, incremental innovation, made of “gradual, continuous improvement of techniques or existing products; usually incremental innovation does not fundamentally change the dynamics of an industry, or does not require a change in behavior,” according to wikipedia. Switzerland is champion of incremental innovation through a dense network of highly performing SMEs. Failure is relatively absent, when the attention to every detail is permanent. But is it enough?

Not only the Swiss school system is not known for its creativity, but furthermore our academic spin-offs create few jobs. If we accept the corollary that innovation is a source of growth and new jobs, we might not be as innovative as it might be desired. We are obviously efficient for incremental innovation, but certainly not as good when it comes to disruptions. Except for one example that comes easily to my mind, the Swatch. But Nicholas Hayek was not the product of the Swiss culture! I could add Nespresso, but Eric Favre, inventor of the product, had suffered a strong initial reluctance from Nestlé to the point of saying: “The Swiss economy lacks real entrepreneurs!” The difficulty of integrating risk and radical innovation can make anyone short-sighted when experiencing ongoing changes and cause much bigger failures, as evidenced by the grounding of Swissair, which was seen as a national trauma. The United States has lost TWA and PanAm, but Americans have invented the concept of low cost airlines with Southwest or JetBlue, which have happily replaced the old players. In Europe, EasyJet and similar companies only followed the American model.

The Swiss start-ups never die. They have a survival rate of 90% after 5 years. Whereas across the Atlantic and even in Switzerland for traditional businesses, this rate is less than 50%… This may mean, quoting Xavier Comtesse, that “startups are protected by the academic system or federal funding.” Because failing is an unacceptable stigma? Or because taking risks, an inevitable cause of a greater failure rate, would be too dangerous? Without being so pessimistic, I would add that our start-ups are often excellent engineering offices, with great know-how. With a service business model eventually outweighing new products, the company survives without significant creation of jobs and without growth. I often asked entrepreneurs who failed to share their experience. A real failure! Our experts and mentors do not grow our young entrepreneurs in this direction, and I have heard it so often that I almost got used to it. Our business angels have a great distrust of more aggressive venture capitalists and they fear their more binary approach of “make it or break it. ”

Daniel Borel, the iconic entrepreneur: “In our industry, if we do not innovate constantly, if we do not have the courage to take risks, we disappear. This is why I prefer to get into seven projects even if it means failing three, as not to fail in anything, by chance, having focused on a single project.” […] “We only learn from our failures, rarely from succcess. Success can be your worst enemy: it makes you think you are strong, very strong; you could even walk on water. And it is at this point that you drown. ”

The Swiss culture has certainly a very small tolerance for failure. It promotes a type of innovation (incremental) which may explain its strengths. Its network of strong SMES is probably the result of this conservative and demanding culture. There is reason to be proud of it. But I like the quote from the former star of Hockey, Wayne Gretzky: “I skate to where the puck will be, not where it was.” The question is whether Switzerland will be tomorrow at the right place to get the puck …