“The prestigious American university Stanford will now invest in start-ups.” Thus begins an article in the newspaper Le Monde. The author, Jerome Marin, is rather negative about this decision, as the following quote shows: “The confusion is fueled even at the top of the university: the president has close ties with several giants of Silicon Valley, including Google as it is a member of the Board.” Without trying to argue, I think the reporter is misled. 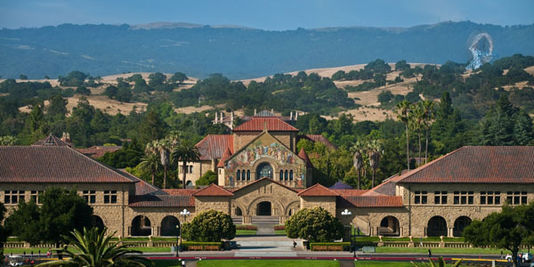 But before I give you my point of view , I’d like to mention that I looked for other articles related to the topic, I found at least two :
– That of TechCrunch, close in spirit to Le Monde’s one, Stanford University Is Going To Invest In Student Startups Like A VC Firm. The article is also critical but I think better informed… and it also deals with the tension between the academic and business worlds. “That tension between academia and industry was highlighted this past spring when a number of students dropped out of school to start Clinkle”.
with references to another New Yorker article.
– The press release by Stanford University, StartX, Stanford University and Stanford Hospital & Clinics announce $3.6M grant and venture fund. If you read the statement carefully, it is about a gift from Stanford to StartX and a joint Stanford-StartX fund. StartX is an accelerator created by Stanford students and I understand that the University therefore supports this initiative. There is no mention, however, of a fund managed by Stanford as a VC fund.

The reason I think the reporter is mistaken is when he says that “Stanford will invest in companies created by its students”. As if it was new. Even if I agree that the stakes taken in start-ups in exchange for licensing of intellectual property is not an investment per se, Stanford still has acquired stakes in more than 170 of its spin-offs in the past . In addition the Stanford endowment has invested on an individual basis in many start-ups in the past (not to mention in many VC funds). For example, I found in a database I am building on Stanford-related companies, that Stanford invested in Aion (1984), Convergent (1980), Gemfire (1995), Metreo (2000), Tensilica (1998). Website LinkSv mentions Stanford invested in 143 companies. [I am aware there might be some confusion between investor and shareholder, so the topic remains somehow confusing].

It is not at all new that Stanford invests in its start-ups. There has also always been tension, let’s do not deny it either. A little-known example of Cisco-Stanford early relationship. So nothing new under the sun. But you will not be surprised if I add that the overall result seems (is) extremely positive for all stakeholders, the university (including in its academic dimension), individuals, start-ups and the economy in general.