A: I don’t think entrepreneurship can be taught. I don’t think it’s like: “Do these five things and you’ll be an entrepreneur.” And by extension, I don’t think it’s: “Do these five things better and you’ll be a better entrepreneur.” Everyone I know has their own style. The unifying characteristics are all the same: drive, inability to play well with others, decisiveness, general indifference to reason on occasion. Entrepreneurship is this weird process of constantly flying blind, by the seat of your pants, and also of constantly projecting this extreme confidence that everything is going to be just fine. And the only way you can do it is you have to believe that it really will be. So it’s the continuous ability to suspend your own disbelief, basically. —Max Levchin, a founder of several companies, including PayPal, who was an Innovator Under 35 in 2002. 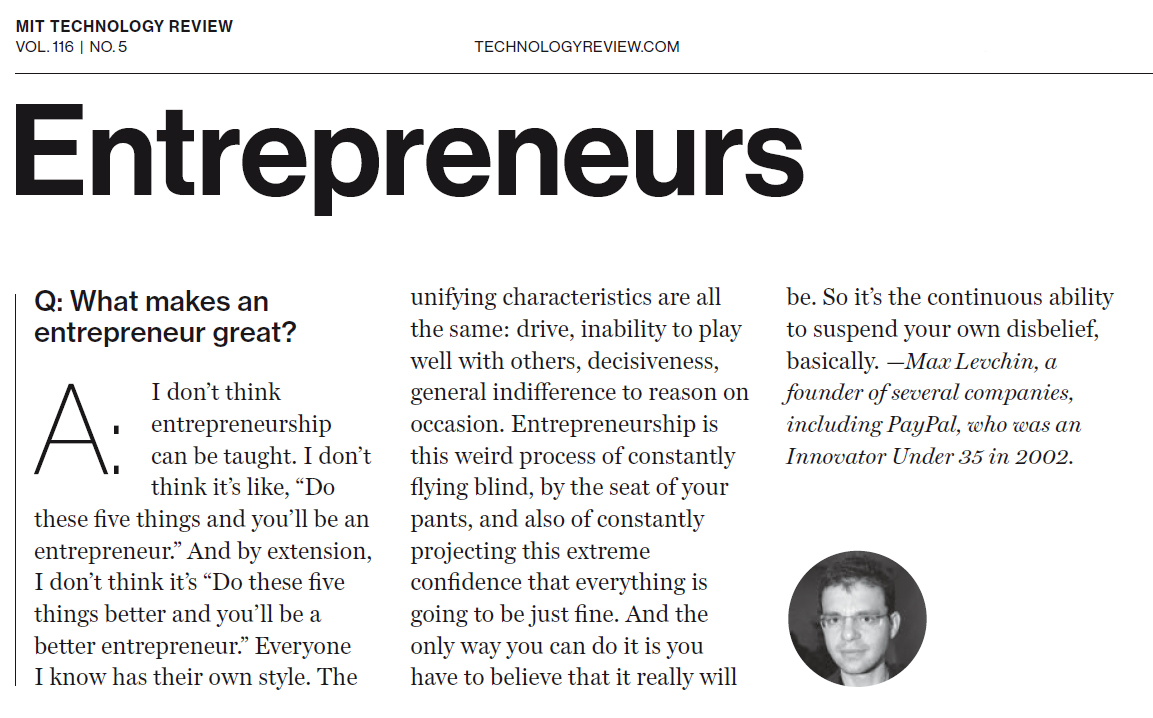 In addition I just read an interview of Bernard Dallé, General Partner with Index Ventures in Entreprise Romande, in the same special issue dedicated to failure where I wrote a short note entitled “Does the Swiss culture tolerate failure?”. Bernard is asked about common features of entrepreneurs. He just says: “Often they are not attracted by money. They are not afraid of failure. Their goal is to have an impact on society.”