This is how begins The Hard Thing About Hard Things by Ben Horowitz [see page ix]. After a first chapter about his experience in start-ups (Netscape, LoudCloud), Horowitz gives advice to entrepreneurs. And it is not business school-like advice indeed. 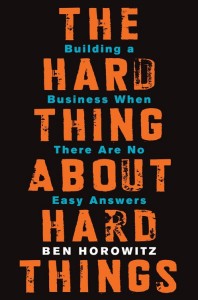 Marc: “Do you know the best thing about startups?
Ben: “What?
Marc: “You only ever experience two emotions: euphoria, and terror. And I find that lack of sleep enhances them both.
[Page 21]

Marc is Andreessen, the founder of Netscape, with whom he co-founded VC firm Andreessen Horowitz (a16z.com) in 2009.

“People often ask me how we’ve managed to work efficiently across three companies over eighteen years. Most business relationships either become too tense to tolerate or not tense enough to be productive after a while. Either people challenge each other to the point where they don’t like each other or they become complacent about each other’s feedback and not longer benefit from the relationship. With Marc and me, even after eighteen years, he upsets me almost every day by finding something wrong with my thinking, and I do the same for hi. It works.” [Page 14]

I plan to come back with comments about this book when I am finished, but let just me finish for now with my usual start-up cap. tables. here Netscape and LoudCloud. 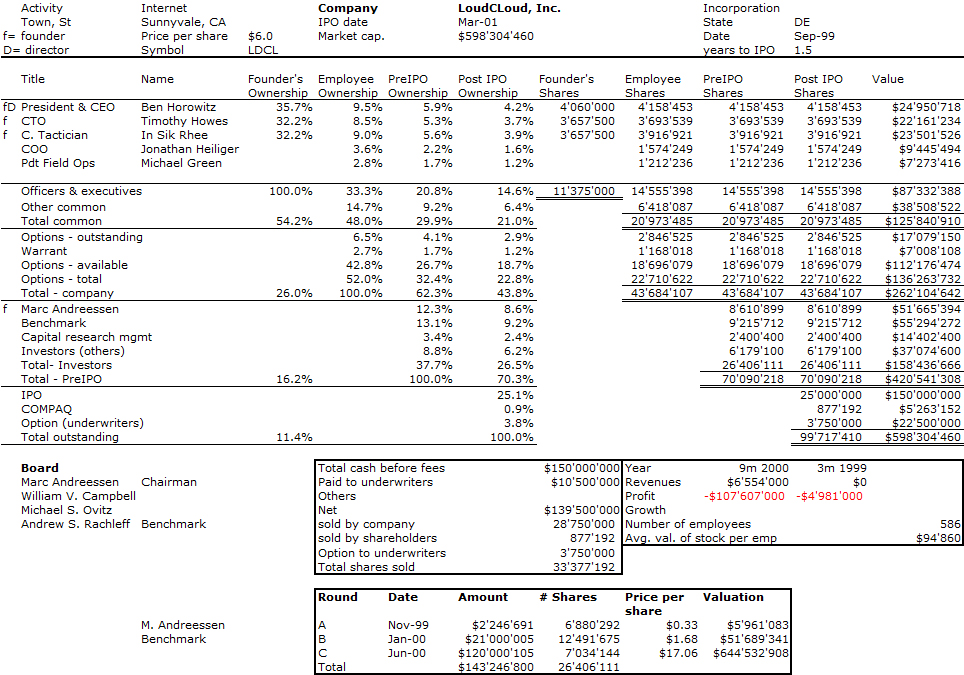 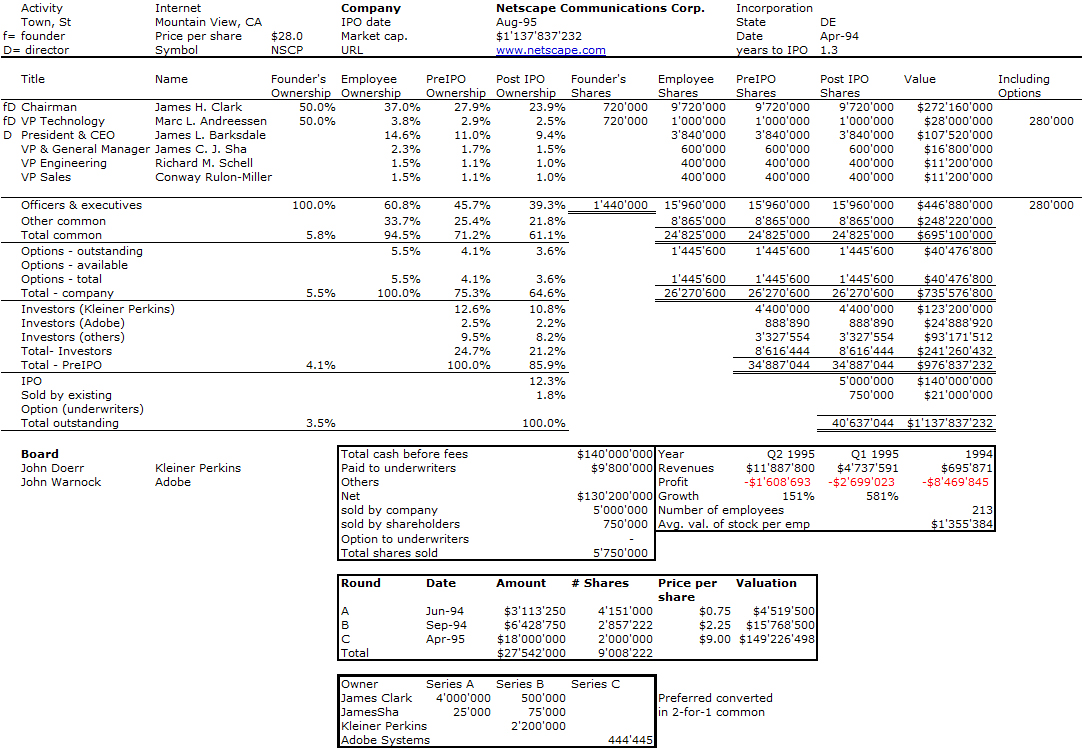 2 thoughts on “The Hard Thing About Hard Things – Ben Horowitz”