How the Web was Born is a book I bought recently while visiting CERN in Geneva. It was written by James Gillies and Robert Cailliau and published in 2000. If you like history, you will appreciate this detailed account of more than forty years of technology developments. I am not yet finished, but there were a couple of things I wanted to mention here. 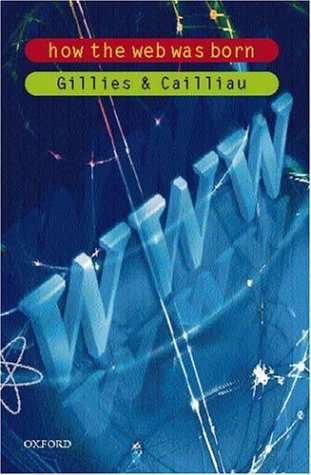 – Public funding, mostly through (D)ARPA has been critical for the emergence of the Internet.
– Xerox PARC with its freedom to explore in the 70s has also been instrumental even if it did not directly benefit from its innovations. I did not know key people were coming from ARPA (again).
– When in 1987, CERN needed equipment that could guarantee and secure data transfer, it used he a small 3-year old company… Cisco.
– They were similar experiments to ARPANET in the UK and France, but with different dynamics… [In France] “this apparent success is tempered by the fact that CII had been selling its products at a loss, despite billions of francs of state investment, and the resulting company, again called Bull, is but a small player on the world stage. American success stories like DEC and Apple were launched for the equivalent of less than a single day’s funding of the French Plan Calcul and that from private funds. The lesson to be learnt is that state investment alone isn’t the answer. France’s Délégation à l’Informatique included not a single computer scientist, and was motivated by national pride rather than economic viability, noted a 1997 French government report. Partly because of this, ‘the failure of CII was written in its genes’, one former director of Bull was moved to say. The American approach, on the other hand, most strongly expressed through ARPA, had been to support good ideas coming from the ground up rather than trying to impose something from the top down.” [Page 58]

Indeed the TCP/IP protocol won because it worked but not because it was planned… The Internet is an amazing innovation which does not belong to anyone but is the result of collective endeavors. Again, the role of the state is shown as a friendly enabler more than a direct actor. Interesting lessons (or at least useful reminders)…