I did not think when I bought this intriguing book about the hidden faces of the Internet that I would relate it to my three previous posts. The world is dangerous, the physical world is dangerous as we all know and as it was confirmed in Paris last week (A tribute on Jan. 8, We are all sad on Jan. 7). It is also known that the online world may be dangerous as illustrated by Jamie Bartlett in The Dark Net. I am not sure that the authors of How The Web Was Born (Dec. 2) had envisioned such possibilities. 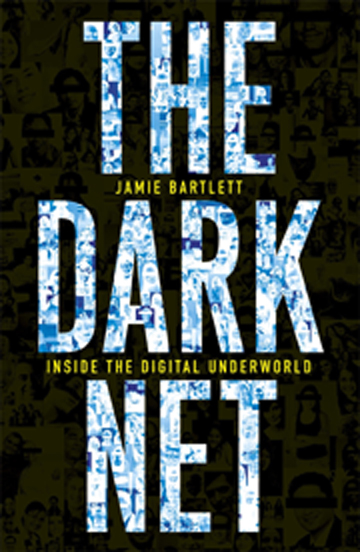 In his book Bartlett talks about the trolls (you may also want to read the recent MIT Tech Review article – The Troll Hunters), the lone wolves (such as Berwick), about Tor Hidden Services, about Bitcoin, about illegal sites selling drugs such as Silk Road, about online pornography and paedophilia, about self-harm and finally about transhumanists against anarcho-primitivists. Written this way, I am not sure I am doing a good marketing for the book, but the truth is that with the exception of terrorism, the author addresses many dark sides of the internet. It is a fair and good description of what the Internet hides (“close to its surface” [Page 238]).

These are important topics about freedom, about the evolution of our world, and I can only quote a famous French thinker: on France Culture, earlier this week, coming back about the Paris terrorist attacks, Regis Debray explained that the Western world is the primacy of the individual over the group. The Eastern world it is the reverse.” And I am not sure I understood if there was a value judgment or not, he added: “And the West today represents modernity.” I strongly believe in these values and I understand the risks linked to them, but I do not think we have much choice. You may want to read The Dark Net if these topics are of interest for you…