Biocartis might have been a Swiss success story but most of the company is now based in Belgium. Probably not a decision of investors (as people think when company move) but from management! One of the founders is from Belgium and an impressive serial entrepreneur: Rudi Pauwels. Here is what you could read in the IPO document:

Still the numbers are interesting. The company has raised more than €200M before its €100M IPO this week. Despite such huge amounts the founders have kept about 5% of the company. Its IPO prospectus is available on the company web site. It has signed deals with Philips, Hitachi, Biomérieux, Abbott, Janssen and Johnson & Johnson and counts Swiss-based Debiopharm among its mains shareholders. Here is my usual cap. table: 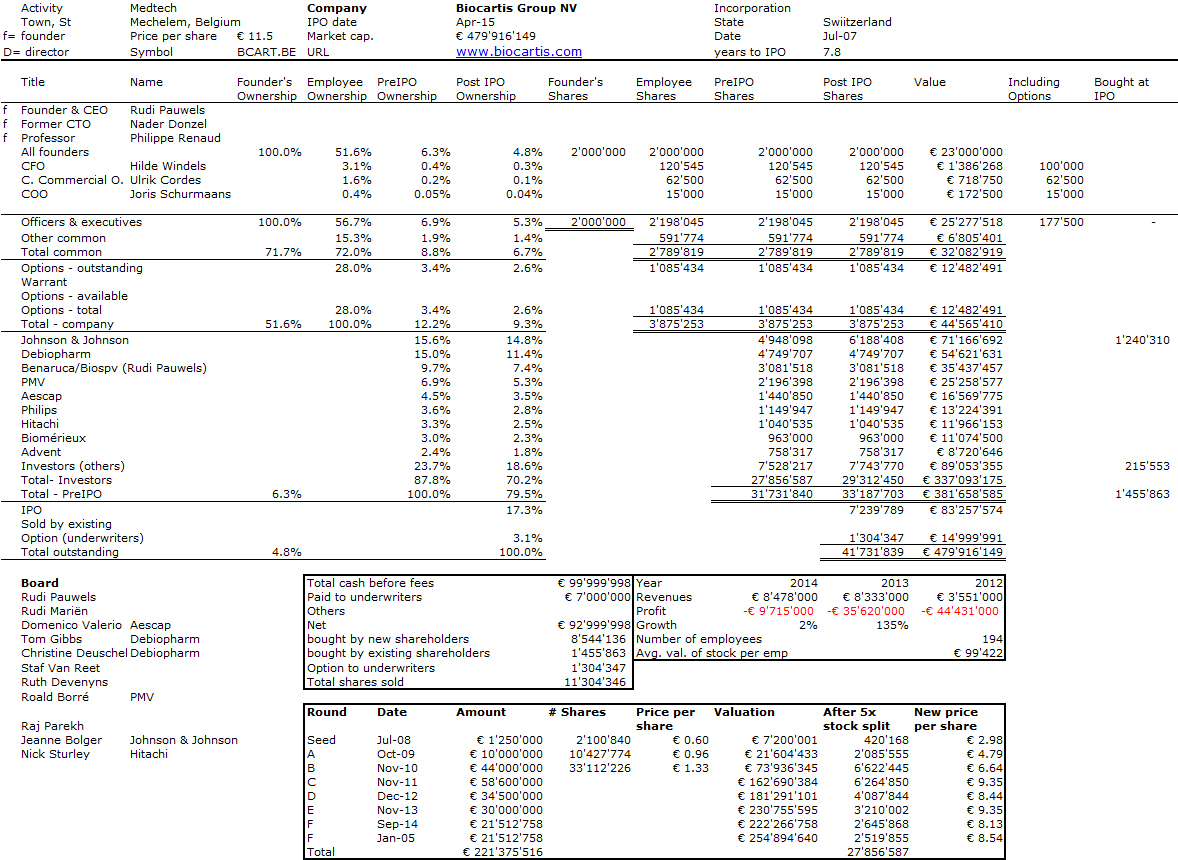