Two documents have led me to describe two types of challenges facing the technology transfer of academic institutions.
– First, at a macro-economic level, the challenge comes from the various possible administrative structures, but also the complexity of the operations. The report Transfert et Valorisation dans le PIA (in French) by Bruno Rostand compares the national policies of Germany and the United Kingdom to that of France.
– Secondly, at the micro-economic level, the journal Nature published the article Keys to the kingdom with the subtitle, What you should know about your technology transfer office. I will come back to this in my next post. 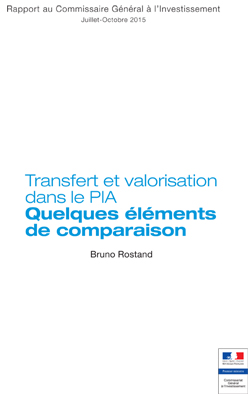 The report of Bruno Rostand addresses the challenges that France meets after having established regional structures for technology transfer, the “SATT”. He notes that Germany has built a similar system with its “PVA” in the Länder. In both cases, there is a goal of financial independence which seems difficult to achieve if not unrealistic, despite the existence of public subsidies. In Germany, two of these companies have even filed for bankruptcy in Lower Saxony in 2006 and Berlin in 2013.

Why such difficulties? Because the returns on investment have not been up to the expectations. For example, approximately €10M euros have been invested each year in the form of public funds in Germany, but revenues remained much lower. In addition the regional structure has its limitations, as it is difficult to gain expertise in all areas of technology.

The United Kingdom has a different situation. The state has been a marginal actor and technology transfer was organized either by universities (Cambridge, Oxford, Imperial College) or by private structures close to venture capital (IP group) which organically helped in structuring technology transfer. Through externalization, these organizations have become private organizations, which have become rich in financial and human resources. At Oxford, ISIS employs 80 people for £14.5m in revenue in 2014. Imperial innovation has been publicly traded since 2006, employs 45 people and generated a profit of £27M in 2014. Imperial innovation has expanded its initial base in collaborating with other universities. Finally, the IP Group has agreements with over 15 universities for a profit of £9.5M in 2014. The report shows very different philosophies, whether public or private, with profitability as an end or not, with an obvious entrepreneurial dimension in the UK. if the focus on start-ups is important, this will lead to different structures, including maturation funds and incubators.

The report also shows that a licensing policy and a policy to support the creation of start-ups are very different. Finally, the new TT structures often have the sole responsibility of the development and maturation of IP, while research collaborations with industry remain the responsibility of universities. This separation could be a weakness when the two topics are linked.

A sensitive issue is that of exclusivity that can create tension when TT management is pooled over many universities. Some universities want to maintain some autonomy, especially in areas where the technical competence of the TT structure seems weak to them. Another sensitive issue is that of the structure by region while a transregional structure by field of expertise might be more appropriate. (The report also addresses research partnerships and international cooperation that I will not discuss here.)

In the final part, Rostand shows the complexity of the challenges. One must first define the mission of technology transfer which can be for profit or not. Externalization seems to be a trend in the three countries, but it has its advantages and disadvantages. It also seems that there is a lot of instability and fluctuations in funding cycles, which does not help to make an analysis of the transfer tools. The report also addresses the issue of human resources (types of skills and experience), another subject which may be related to the available resources of these organizations.

The only personal comment I make here is about my slight frustration at not having found in the report (which is extremely informative) an analysis of the US situation. The country of liberalism and private universities have very few external technology transfer structures, let alone for-profit. I have in mind WARF at University of Wisconsin-Madison – www.warf.org) while revenues of TT in the USA are significantly higher than in Europe. The explanation could simply come from a far more dynamic private innovation, regardless of all the systems in place.