Andrew Grove died a few days ago. I remember reading is “Only The Paranoid Survive”. I remember that he had an amazing life, at least his first years from his native Hungary until he reached New York. 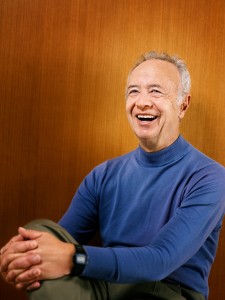 I also remember he wrote in 1010 an analysis about start-ups which is very profound. So I will quote him again.

It’s our own misplaced faith in the power of startups to create U.S. jobs. Americans love the idea of the guys in the garage inventing something that changes the world. New York Times columnist Thomas L. Friedman recently encapsulated this view in a piece called Start-Ups, Not Bailouts. His argument: Let tired old companies that do commodity manufacturing die if they have to. If Washington really wants to create jobs, he wrote, it should back startups.

Until a recent spate of suicides at Foxconn’s giant factory complex in Shenzhen, China, few Americans had heard of the company. But most know the products it makes: computers for Dell and HP, Nokia Oyj cell phones, Microsoft Xbox 360 consoles, Intel motherboards, and countless other familiar gadgets. Some 250,000 Foxconn employees in southern China produce Apple’s products. Apple, meanwhile, has about 25,000 employees in the U.S. — that means for every Apple worker in the U.S. there are 10 people in China working on iMacs, iPods and iPhones. The same roughly 10-to-1 relationship holds for Dell, disk-drive maker Seagate Technology, and other U.S. tech companies… (more on the Bloomberg article)

A great man has just disappeared.