‘What are hopeful monsters?’ I said ‘They are things born perhaps slightly before their time; when it’s not known if the environment is quite ready for them.’
Hopeful Monsters, by Nicholas Mosley [P. 71] 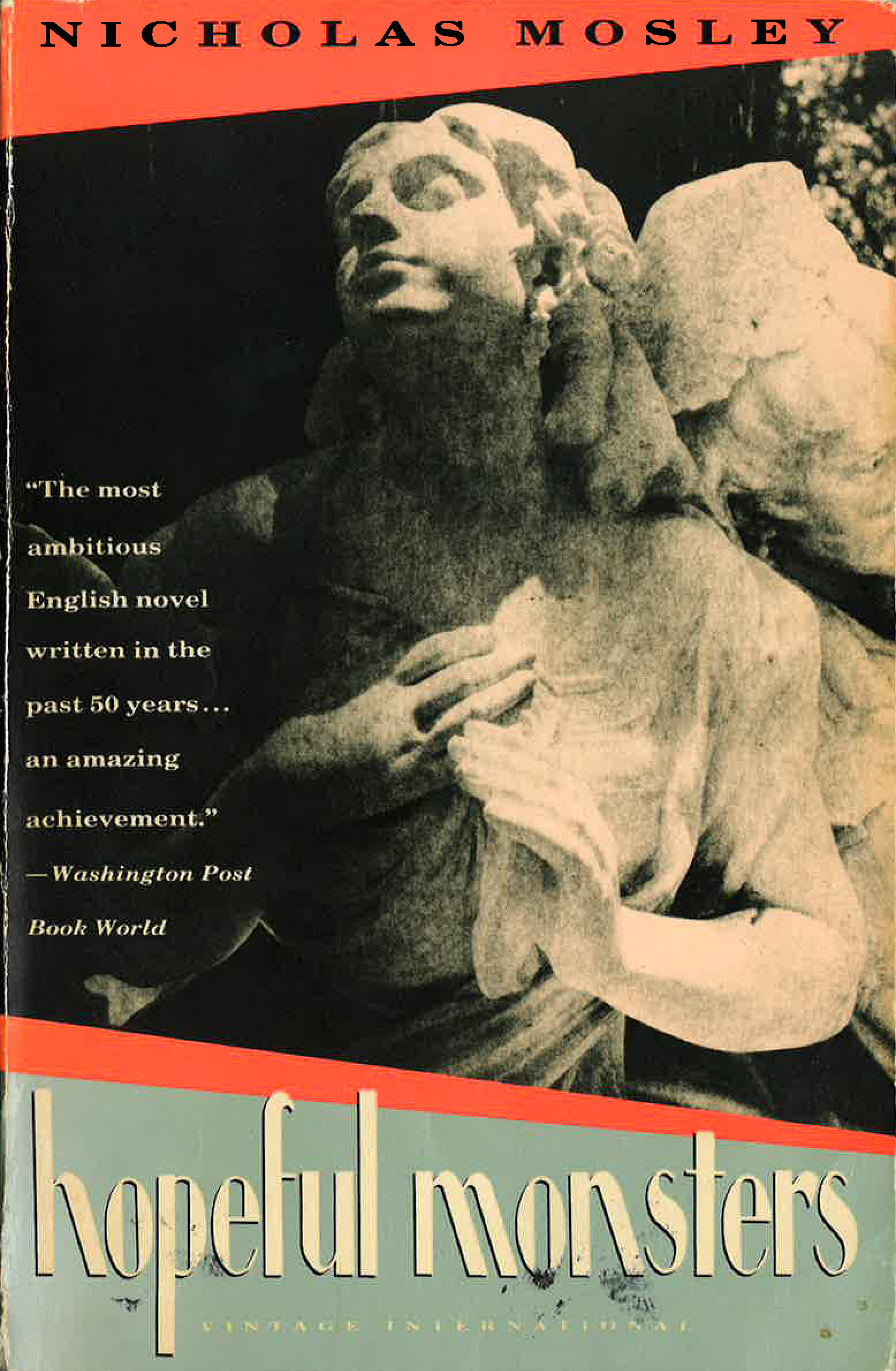 Hopeful Monsters could have been startups, but it is a novel, a marvelous novel written in 1990 and that I am reading again these days. I had read it in another century, when there were only books in paper and independent bookstores still existed. I had bought it in the late Black Oak Books in Berkeley, California.

Bruno held out his hands to the flames and talked to them in an unintelligible language. Minna said ‘What do you say to the fire?’
Bruno said ‘I say “Come on up! Do as I say or I’ll punish you!” ’
Minna said ‘And does it?’
Bruno said ‘If it wants to.’

The first 3 chapters begin this way:
Chapter I – if we are to survive in the environment we have made for ourselves, may we have to be monstrous enough to greet our predicament?
Chapter II – if we are talking about an environment in which the acceptance of paradoxes might breed, then this can happen in an English hot-house, I suppose, as well as in a melting-pot of Berlin streets.
Chapter III – if, for the sake of change, old ground has to be broken up, one or two seeds lie secret – what terrible opportunities there were during those years! 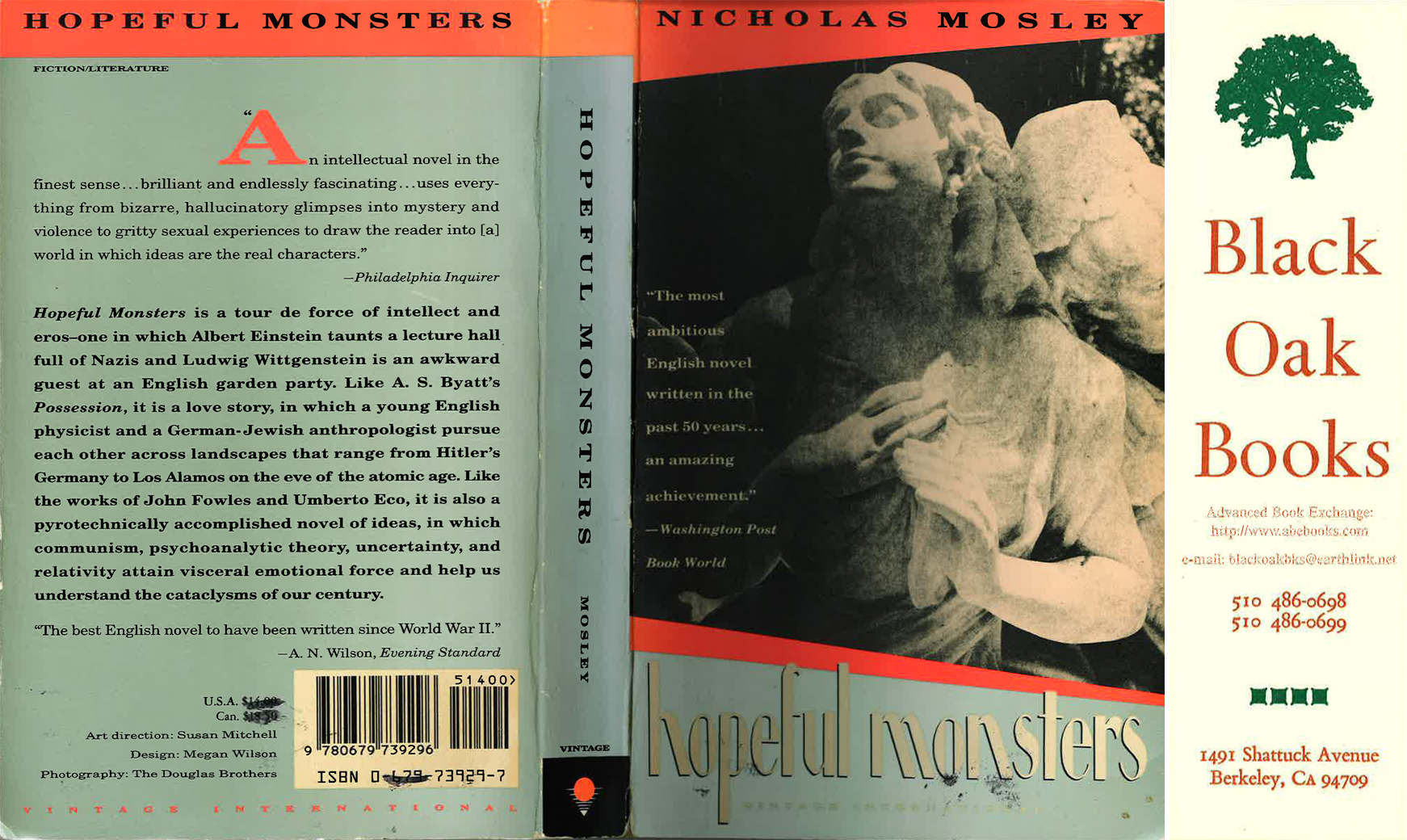 I had never read a novel which mixes philosophy and science with beautiful story-telling. Not an easy read. Not sure it is a masterpiece either, though…