I had read a few years ago the great The Man Behind the Microchip by Leslie Berlin. After the biography of Robert Noyce, one of Intel’s cofounders, Berlin comes now with Troublemakers, a description of “How Generation of Silicon Valley Upstarts Invented the Future”. 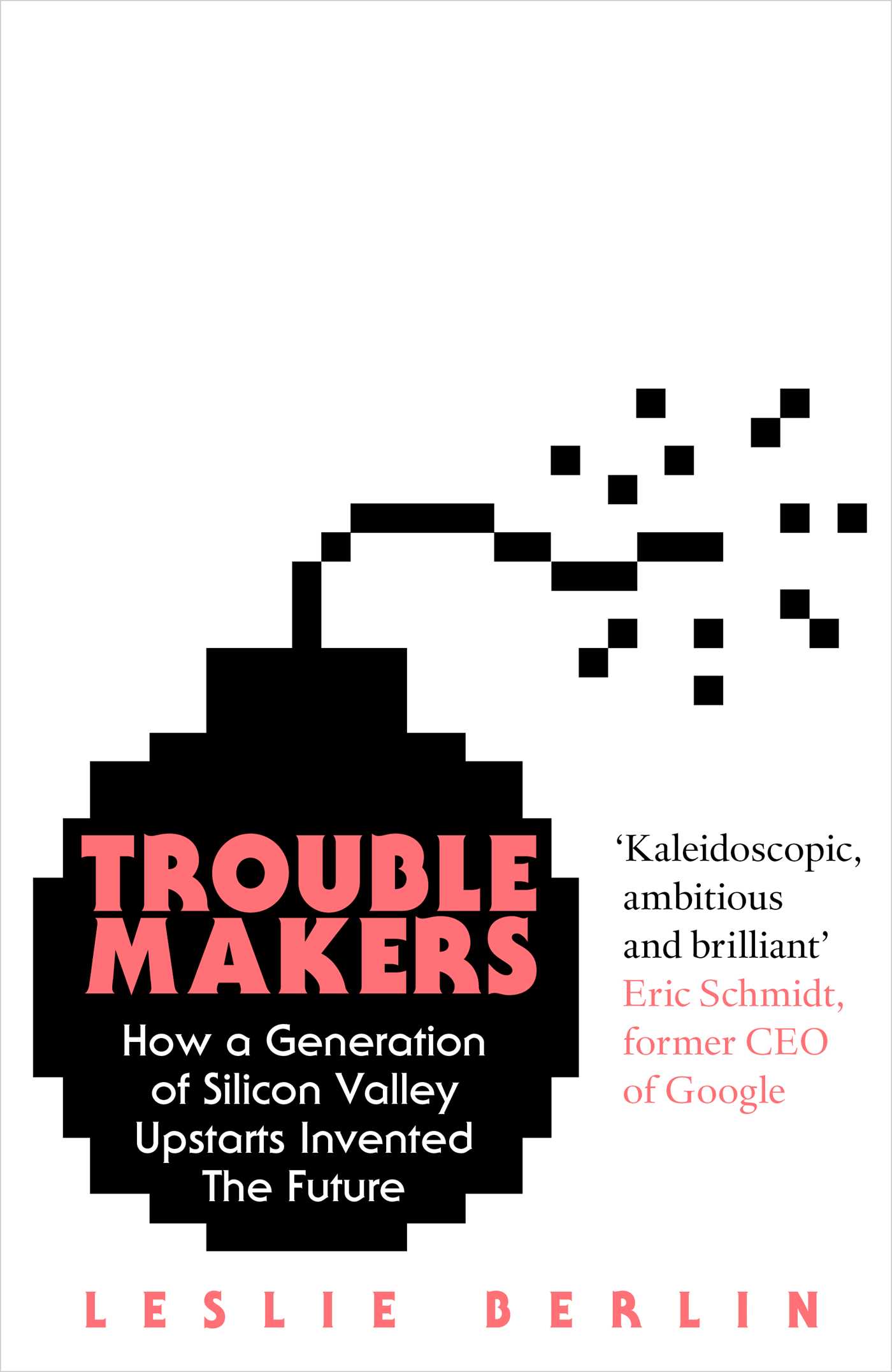 The title is a reference to a famous Apple advertisement: The crazy ones. The misfits. The rebels. The troublemakers. One of the great merits of the book is to focus on 7 individuals (2 women and 5 men) which are relatively unknown compared to the stars of Silicon Valley. Will you recognize them on the following image? (The answer is at the end of the post). 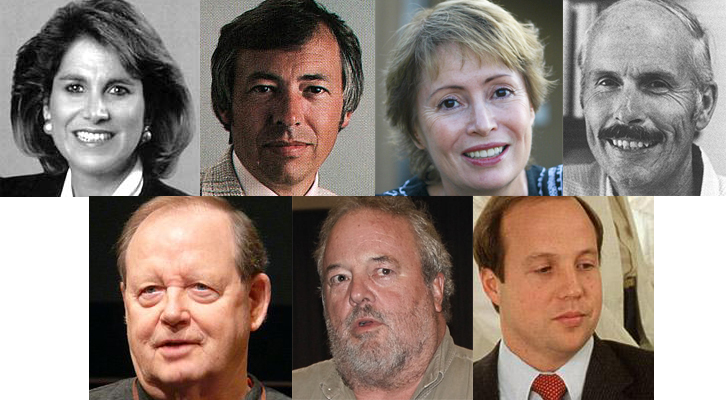 The book is not only great storytelling. It describes the dynamics of Silicon Valley from the late 60s to the early 80s and how “five major industries — personal computing, video games, biotechnology, modern venture capital, and advanced semiconductor logic — were born”. You can also listen to Leslie Berlin here:

The close-to-400 page book also has more than 80 pages of rich notes. It is really a must read for anyone passionate or just interested in Silicon Valley. Here are a few quotes:

“We didn’t want to be considered part of the flock. Eagles don’t flock, was our joke.” (Tom Perkins when asked why KP was not initially on Sand Hill Road – Page 192) 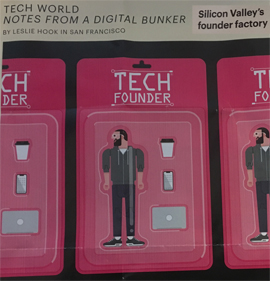 Let me make a short parenthesis. While reading this book, I read a very interesting article in the FT entitled Silicon Valley’s founder factory ‘Silicon Valley is lacking in one core area — a sense of entrepreneurial hustle’ (Leslie Hook – Jan 2018): “When I moved to San Francisco four years ago, I noticed something odd about the start-up founders I met: many of them resembled each other. Not just physically, though most were men under 35. But also in the way they spoke about their companies. They had PowerPoints at the ready, and big numbers on the tips of their tongues. Everyone seemed to know exactly what the total addressable market of their start-up was, even if they hadn’t yet made a single dollar of sales. […] By contrast, while there are a lot of founders in Silicon Valley, I have found relatively few entrepreneurs. The founders are smart and hard-working. But many are simply products of a system, which is why they all seem vaguely the same.” Interesting food for thought in comparison to the 70s…

As my personal contribution, here are 4 of my “usual” cap. tables. Ask Computer, ROLM, Cetus and Atari are companies from the 70s mentioned in the book that I had not studied yet… Ask was one of the first software companies and Cetus the 1st biotech company… 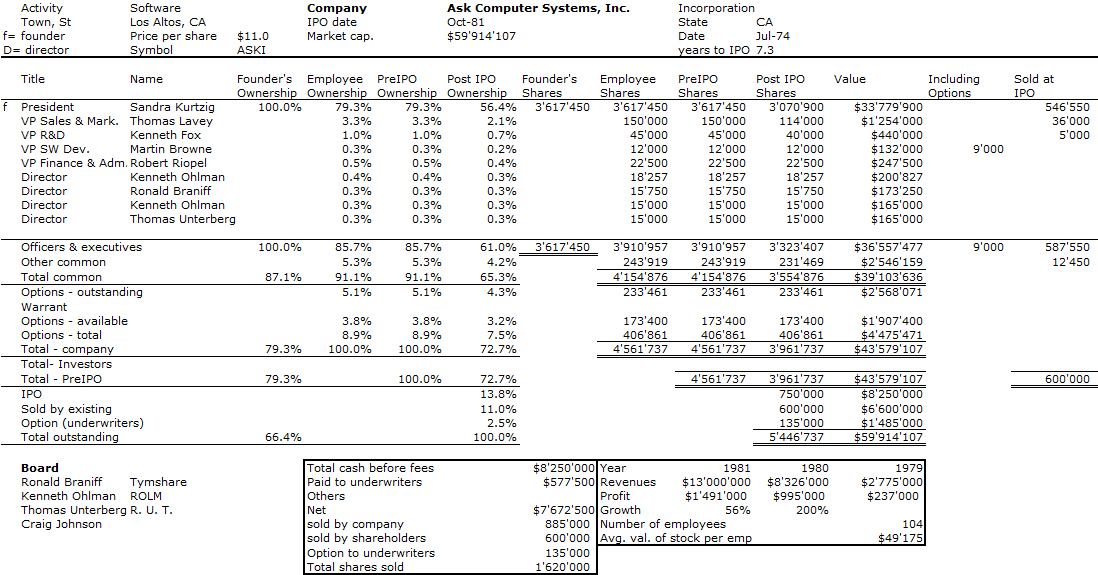 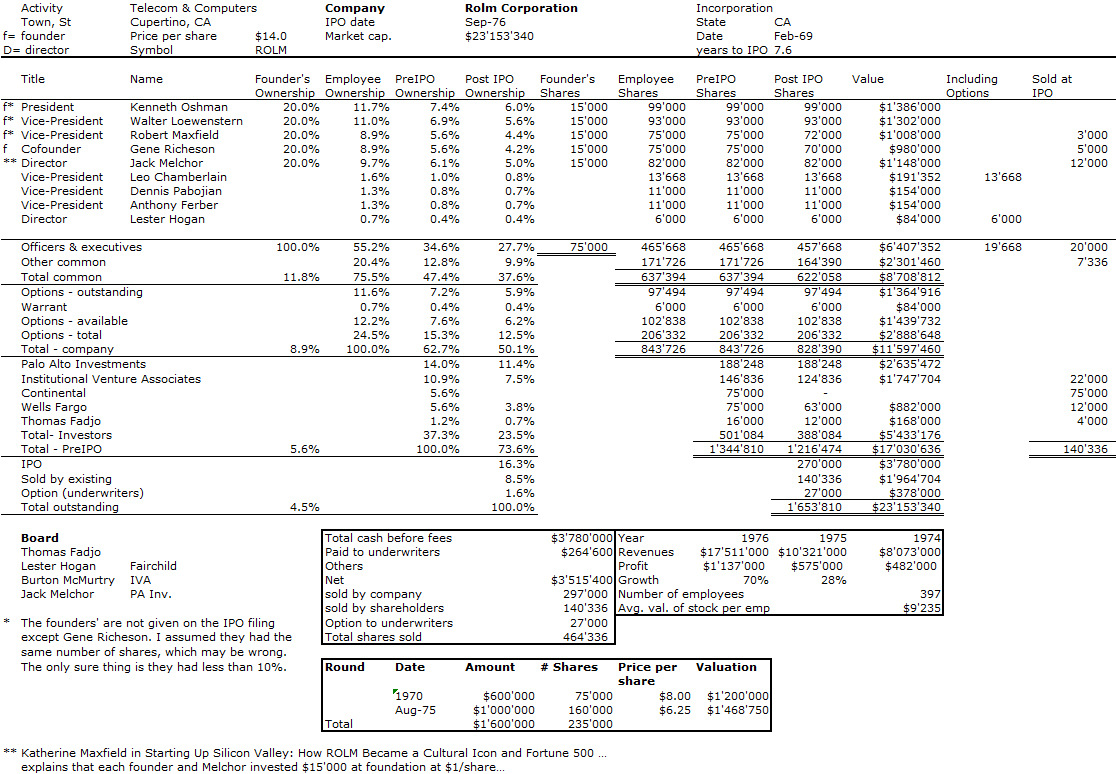 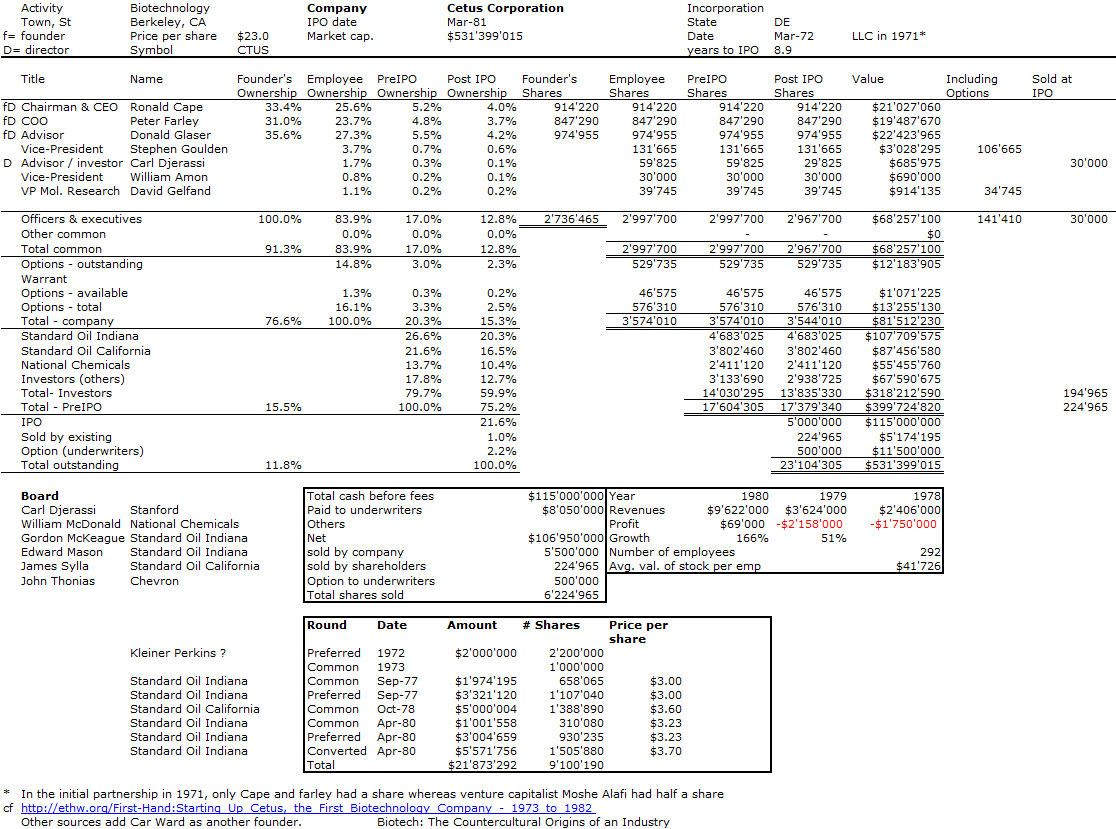 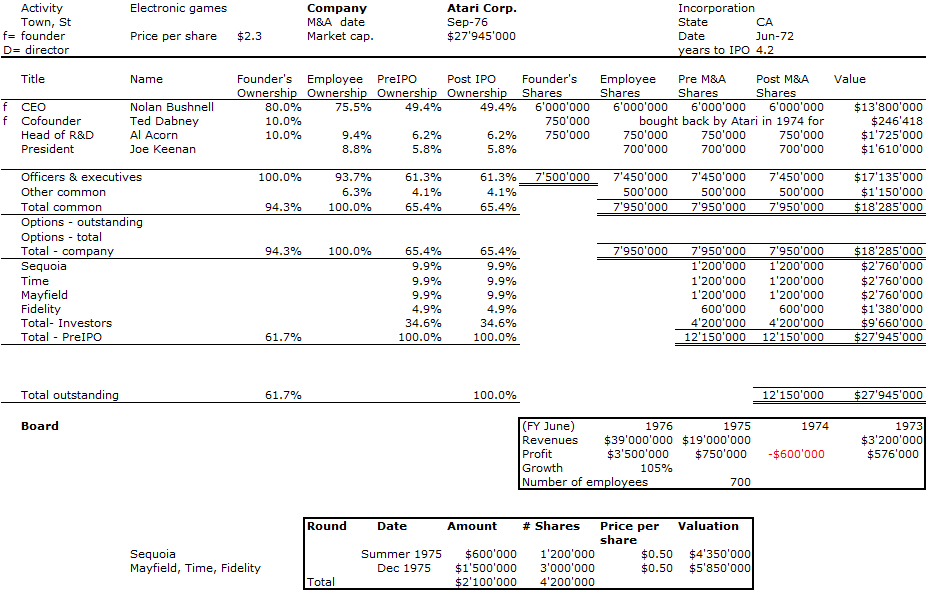 Well to show the complexity of the exercise, here is a second Atati cap. table based on its S-1 IPO Filing… 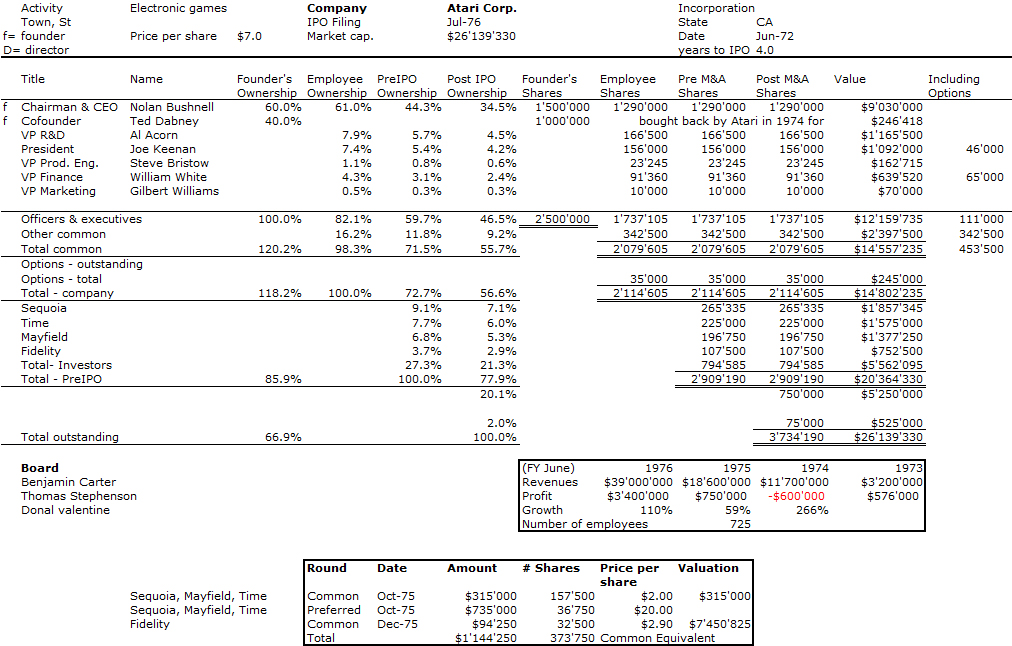 In her final pages, Leslie Berlin also mentions another company founded by Mike Markkula, Echelon Corp. Echelon had the ROLM founders as well as Arthur Rock and Larry Sonsini as stakeholders. Here is a 5th table: 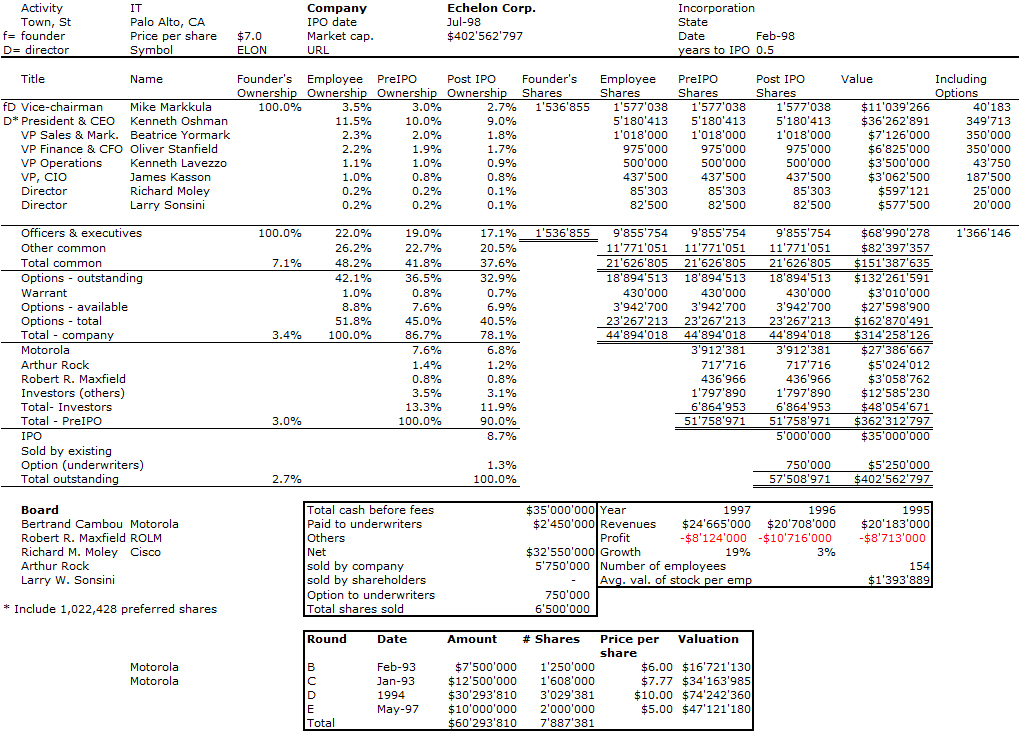