I have never been a big fan of “How to” books, sometimes called “personal development”. Even if Reid Hoffman is a brilliant entrepreneur, he did not really change my mind with his Start-up of You. His book which sometimes look like an ad for LinkedIn and which is strangely written with four hands, one saying I (Reid) and the other, He (Ben Casnocha) is still a good description of what it requires to look at improving a career:
– know thyself,
– be adaptable,
– network,
– look for opportunities,
– assess risks. 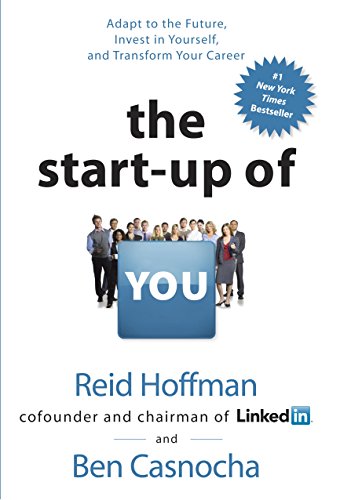 He also has beautiful ideas. When he quotes authors such as Jonathan Franzen – “Inauthentic people are obsessed with authenticity” – or David Foster Wallace – “There is no experience you have had you are not the absolute center of”. (Pages 93-94) I assume Hoffman knows Franzen and Wallace were great friends until the death of the second – strong ties in networks.

He also prones diversity in networks. If people know each other too well, there is not enough diversity, if they do not each other well enough however, trust is tougher to build. You need both old blood (trust) and fresh blood in a team. (Page 118)

But a team is only as good as its members. team quality requires individual quality. Look below at the famous Paypal mafia(Page 159) 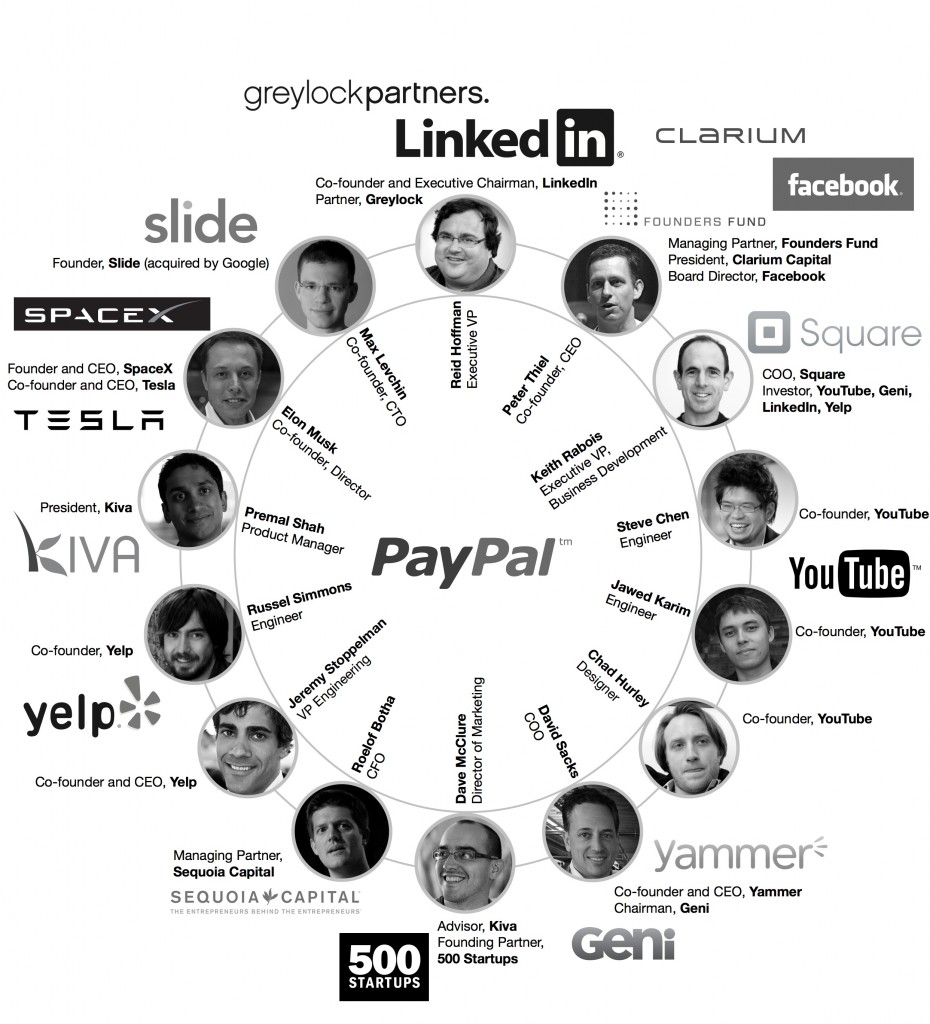 Even if Hoffman gives good advice t the end of each chapter, he is not over-analyzing. For example, when talking about risks: Of the voluminous research on risk, remarkably little of it actually analyzes how real businesspeople make real decisions in the real world. An exception is a study done by professor Zur Shapira in 1991. (…) What he found likely came as a disappointment to architects of fancy decision trees. The executives surveyed didn’t calculate the mathematical expected value of various scenarios. They didn’t draft long lists of pros and cons. Instead, most simply tried to get a handle on a single yes-or-no question: could they tolerate the outcome if the worst-case scenario happened? 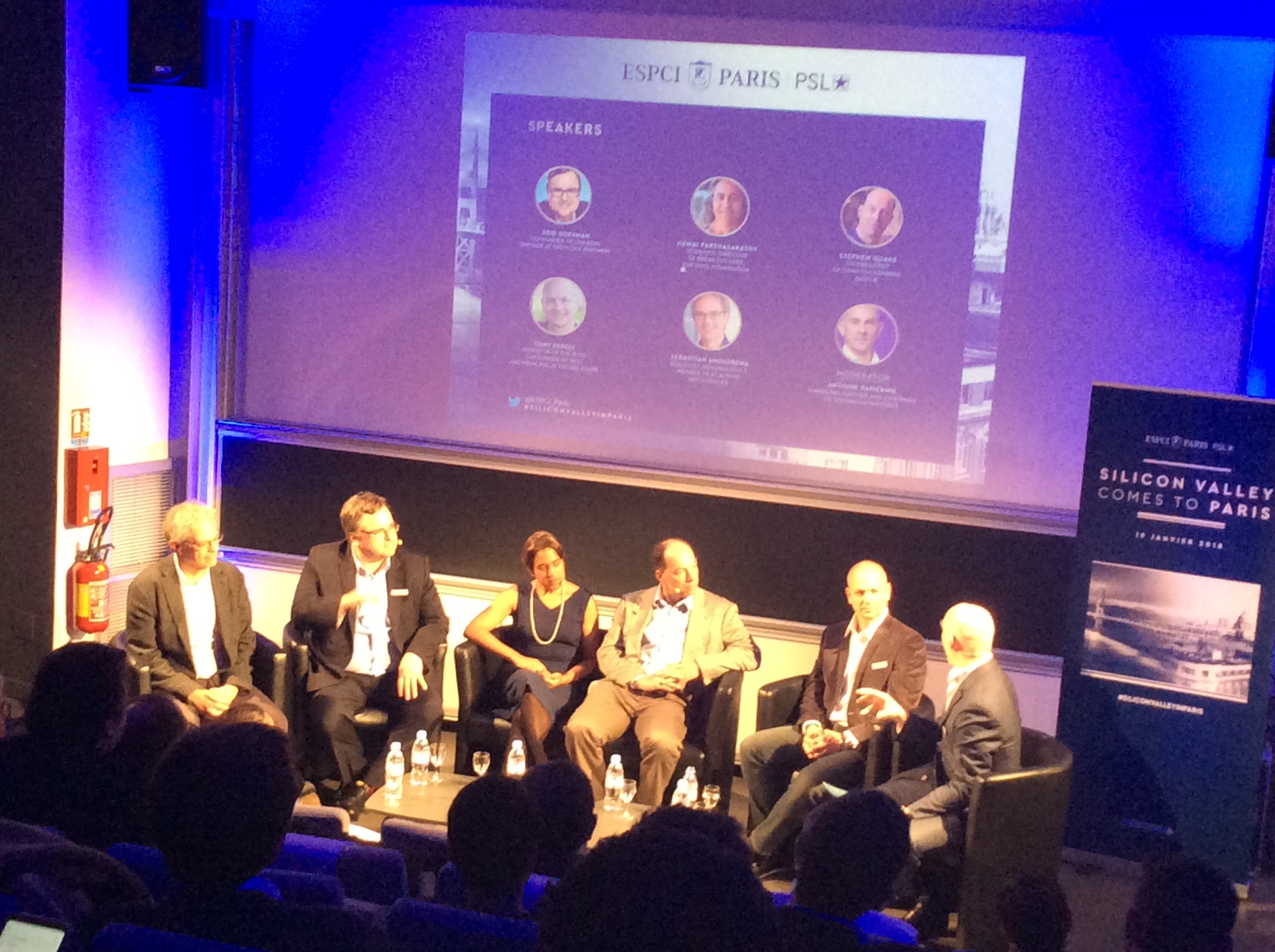 You could ask me why I decided to read that book. In the end, it shows entrepreneurs are really good at action, less at analysis… The truth is I went to Paris to listen to him at a great event called Silicon Valley comes to Paris. I wanted to approach him, network! Without knowing I applied some his advice and also made some of the mistakes he is describing. My main mistake was not knowing his interest about European start-ups. In fact he has not invested in Europe, he does not know EPFL. It makes you humble and willing to network even further. Reid, would you come back in Europe and inspire aspiring young entrepreneurs?