A Mind at Play is a very interesting book for many reasons. The subtitle “How Claude Shannon Invented the Information Age” is one reason. It is a great biography of a mathematician whose life and production are not that well-known. And what is Information? I invite you to read these 281 pages or if you are too lazy or busy, at least the Shannon page on Wikipedia. 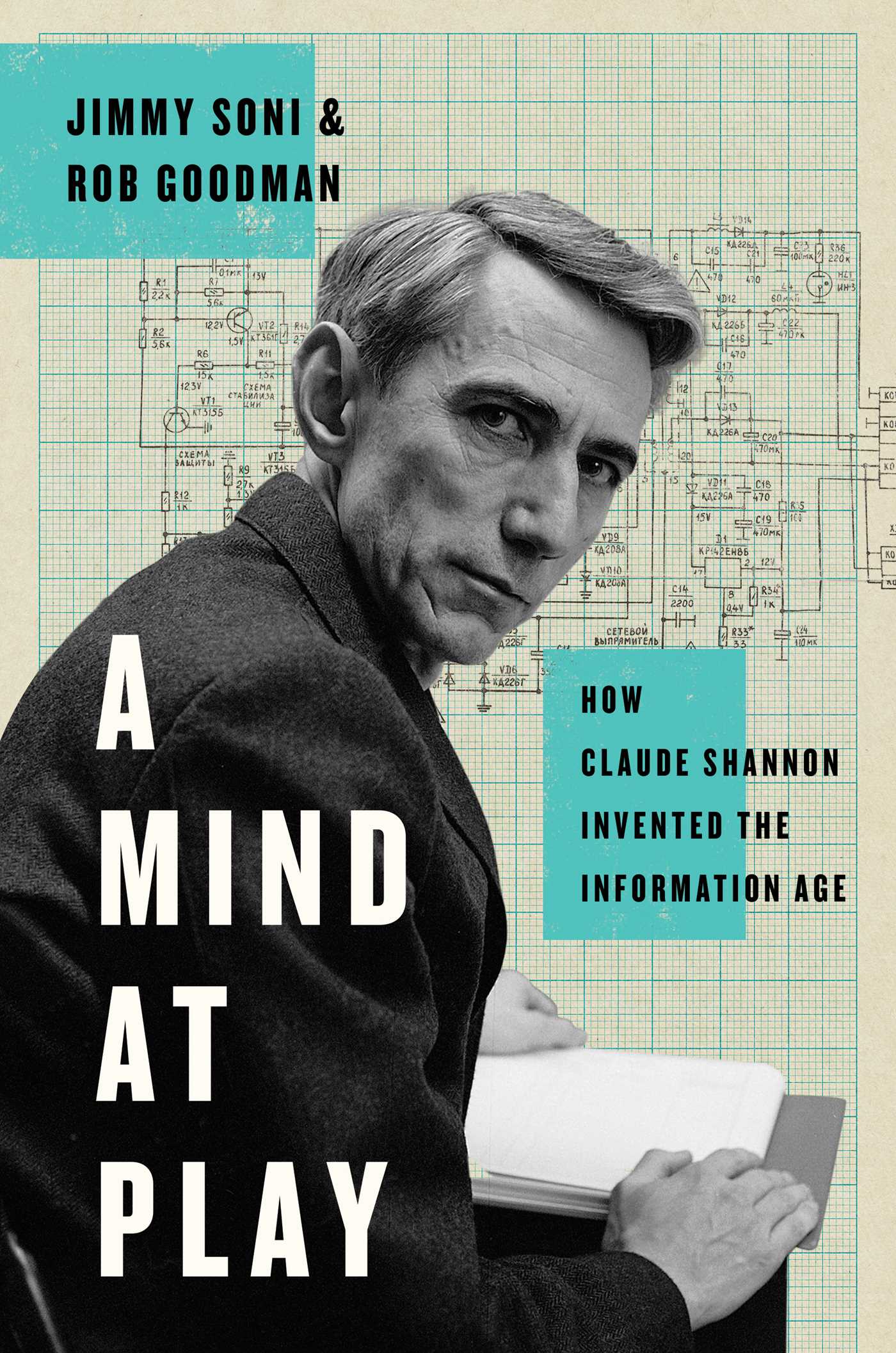 The typical mathematician is not the sort of man to carry on an industrial project. He is a dreamer, not much interested in things or the dollars they can be sold for. He is a perfectionist, unwilling to compromise; idealizes to the point of impracticality; is so concerned with the broad horizon that he cannot keep his eye on the ball. [Page 69]

In Chapter 18, entitled, Mathematical Intentions, Honorable and Otherwise, the authors dig deeper: Above all [the mathematician] professes loyalty to the “austere and often abtruse” world of pure mathematics. If applied mathematics concerns itself with concrete questions, pure mathematics exists for its own sake. Its cardinal questions are not “How do we encrypt a telephone conversation?” but rather “Are there infinitely many twin primes?” or “Does every true mathematical statement have a proof?” The divorce between the two schools has ancient origins. Historian Carl Boyer traces it to Plato, who regarded mere computation as suitable for a merchant or a general, who “must learn the art of numbers or he will not know how to array his troops.” But the philosopher must study higher mathematics, “because he has to arise out of the sea of change and lay hold of true being.” Euclid, the father of geometry, was a touch snobbier “There is a tale told of him that when one of his students asked of what use was the study of geometry, Euclid asked his slave to gibe the student threepence, ‘since he must make gain of what he learns’.”
Closer to our times, the twentieth-century mathematician G. H. Hardy would write what became the ur-text of pure math. A Mathematicians’ Apology is a “manifesto for mathematics itself,” which pointedly borrowed its title from Socrates’ argument in the face of capital charges. For Hardy, mathematical elegance was an end in itself. “beauty is the first test,” he insisted. “There is no permanent place in the world for ugly mathematics.” A mathematician, then, is not a mere solver of practical problems. He, “like a painter or a poet, is a maker of patterns. If his patterns are more permanent than theirs, it is because they are made with ideas.” By contrast, run-of-the-mill applied mathenatics was “dull,” “ugly”. “trivial” and “elementary” And one (famous) reader of Shannon’s paper dismissed it with a sentence that would irritate Shannon’s supporters for years: “The discussion is suggestive throughout, rather than mathematical, and it is not always clear that the author’s mathematical intentions are honorable.” [Pages 171-2]

This reminds me of another great book I read last year Mathematics without apologies with one chapter entitled “Not Merely Good, True and Beautiful”. Shannon was a tinkerer, a term I discovered when I read Noyce‘s biography, another brilliant tinkerer. He was a brilliant tinkerer and he was a brilliant mathematician. He had himself strong vues about the quality of scientific research (pure or applied – who cares really?): we must keep our own house in first class order. The subject of information theory has certainly been sold, if not oversold. We should now turn our attention to the business of research and development at the highest scientific plane we can maintain. Research rather than exposition is the keynote, and our critical thresholds should be raised. Authors should submit only their best efforts, and these only after careful criticism by themselves and their colleagues. A few first rate research papers are preferable to a large number that are poorly conceived or half-finished. The latter are no credit to their writers and a waste of time to their reader. [Page 191]

A brilliant tinkerer as the video below shows…

and it seems he designed and built the (or one of the) first computer that played chess. He was a juggler and a unicycler. 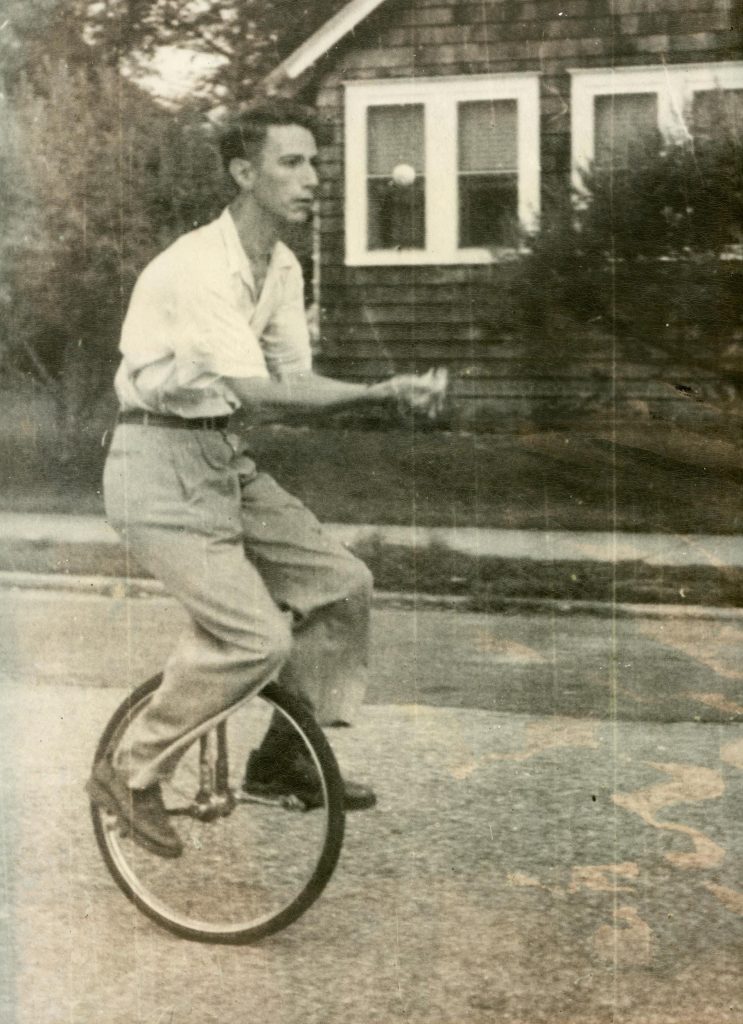 In the chapter Constructive Dissatisfaction, the topic is intelligence. It requires talent and training, but also curiosity and even dissatisfaction: not the depressive kind of dissatisfaction (of which , he did not say, he had experienced his fair share), but rather a “constructive dissatisfaction”, or “a slight irritation when things don’t look quite right.” It was a least, a refreshing unsentimental picture of genius: a genius is simply someone who is usefully irritated. He had also proposed six strategies to solving problems: simplifying, encircling, restating, analyzing, inverting and stretching. You will need to read that section pages 217-20.

He was also a good investor. In fact he was close to a few founders of startups and had a privileged access to people like Bill Harrison (Harrison Laboratories) and Henry Singleton (Teledyne) and although he used his knowledge to analyze stock markets. Here is what he has to say about investing: A lot of people look at the stock price, when they should be looking at the basics company and its earnings. There are many problems concerned with the prediction of stochastic processes, for example the earnings of companies… My general feeling is that it is easier to choose companies which are going to succeed, than to predict short term variations, things which last only weeks or months, which they worry about on Wall Street Week. There is a lot more randomness there and things happen which you cannot predict, which cause people to sell or buy a lot of stock. To the point of answering to the question of the best information theory for investment with “inside information.” [Page 241-2]

A genius, a wise man, an honorable mathematician.