Graphcore gave me concerns. How is it possible that the two founders, Simon Knowles (58) and Nigel Toon (56), two serial entrepreneurs, who founded Icera Semiconductor in the past (sold to Nvidia in 2011 for $435 million or $367 million depending the sources – after having raised $258 million) and Element14 (a 1999 spin-off of Acorn – or its new name – sold to Broadcom in 2000 for $640 million), each owns only 4 shares of the startup? Are they so rich that they don’t need more? !!

All this follows my recent discovery that the UK gave open access to all company and in particular startup data. I began with Revolut a few days ago and now Graphcore. There had to be something wrong. The startup could not have only investors as shareholders. And then of course, I had forgotten the ESOP, the employee stock-options. So my only explanation is that the founders are part of this too and have a minimal number of shares. Still intriguing! 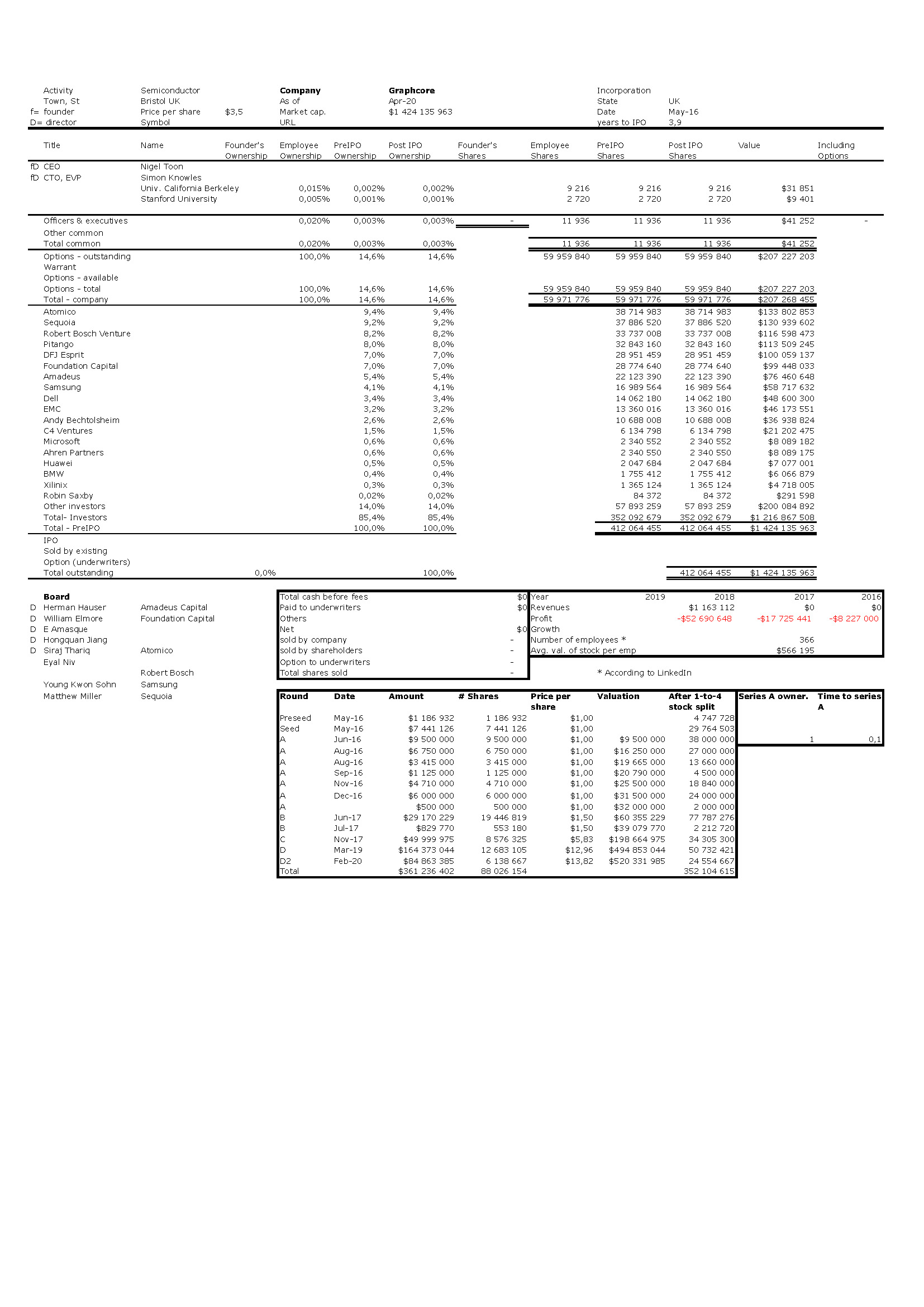