Yesterday I published data in Tesla, Google and Facebook do not suffer from the crisis. and after linking my post to the usual Twitter, LinkedIn and Facebook, one of my readers (thanks Manuel!) told me it would be fun to add Uber as a comparison. I said I would if/when I find the time and then thought why not AirBnB, Apple, Amazon, Microsoft?

I could only compile data about revenues of these firms and I think it is striking enough: 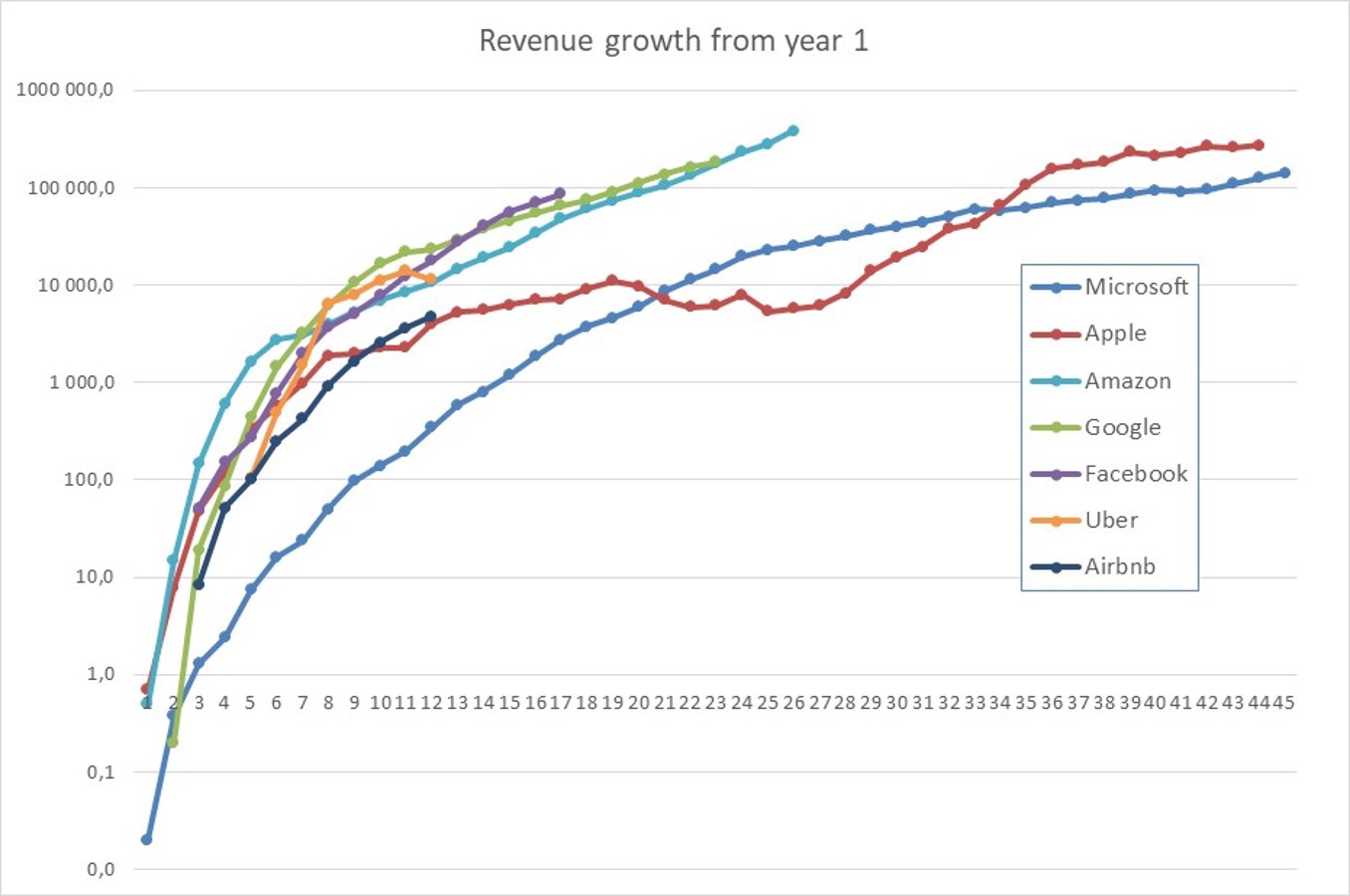 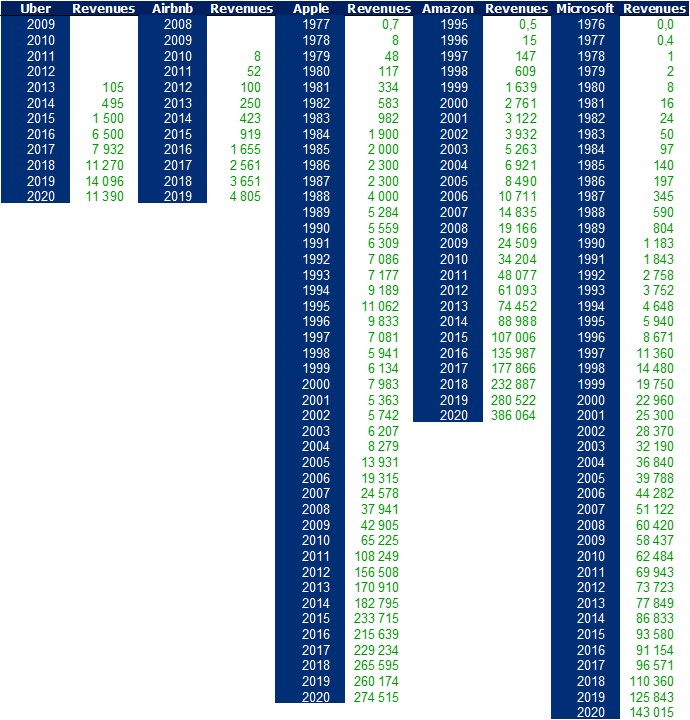 I wrote yerterday the growth rate was above 100% (doubling every year) in the early years declining to around 40% (doubling every other year) then to 15% (doubling evry five-year). Here are the growth rates of these old and new Titans. It begins again with 100+% for all of them. Too early to say about the future of Uber and AirBnB.
The three others of the GAFAM.
– Microsoft even had a 50% growth in its second decade, Amazon was closer to 30% and Apple struggled with 20%.
– In their 4th decade, Microsoft had an average grwoth of 10% and Apple 30%. 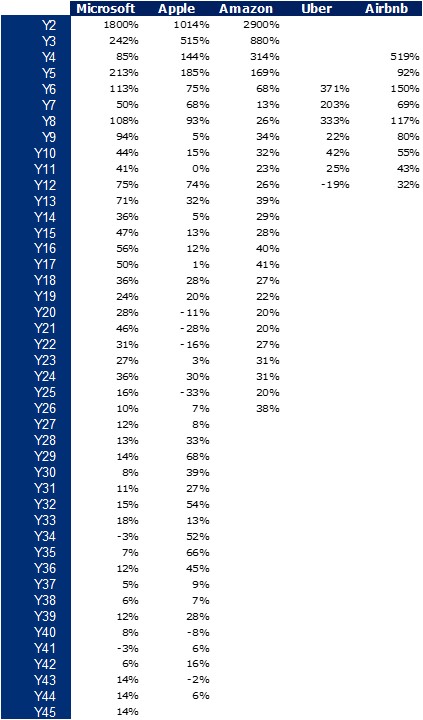