Charles Geschke may not be as famous as many Silicon Valley entrepreneurs, but he is really a legend of technology and software. With John Warnock, he cofounded Adobe in 1982 and he is an exception in the group of founders as he was in his early 40s when he left Xerox to create the company which developed Postcript, PDF, Adobe, Photoshop and so many more products. He died on April 16, 2021. 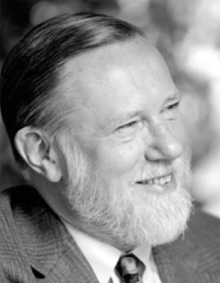 I had read about Geschke (and Warlock) in a good number of books and blogged about him here:
– In the company of Giants in November 2008
– A success story: Adobe Systems – John Warnock and Charles Geschke in March 2009

I found yesterday this very interesting short video that you should watch (or read the transcipt below).

Here is the transcript: “when John and I started Adobe we had a sort of simple thought in mind in terms of how we wanted to organize the business

we wanted to build a company that we would like to work at and we sort of used that principle in terms of how we defined the management structure, the operational organizational thoughts that we had about how to put the company together and part of that recognition was that we had constituencies that every business has that need to be balanced

thank you very much