I had published in the past genealogies (time maps) of Silicon Valley startups and venture capital. Here they are again: 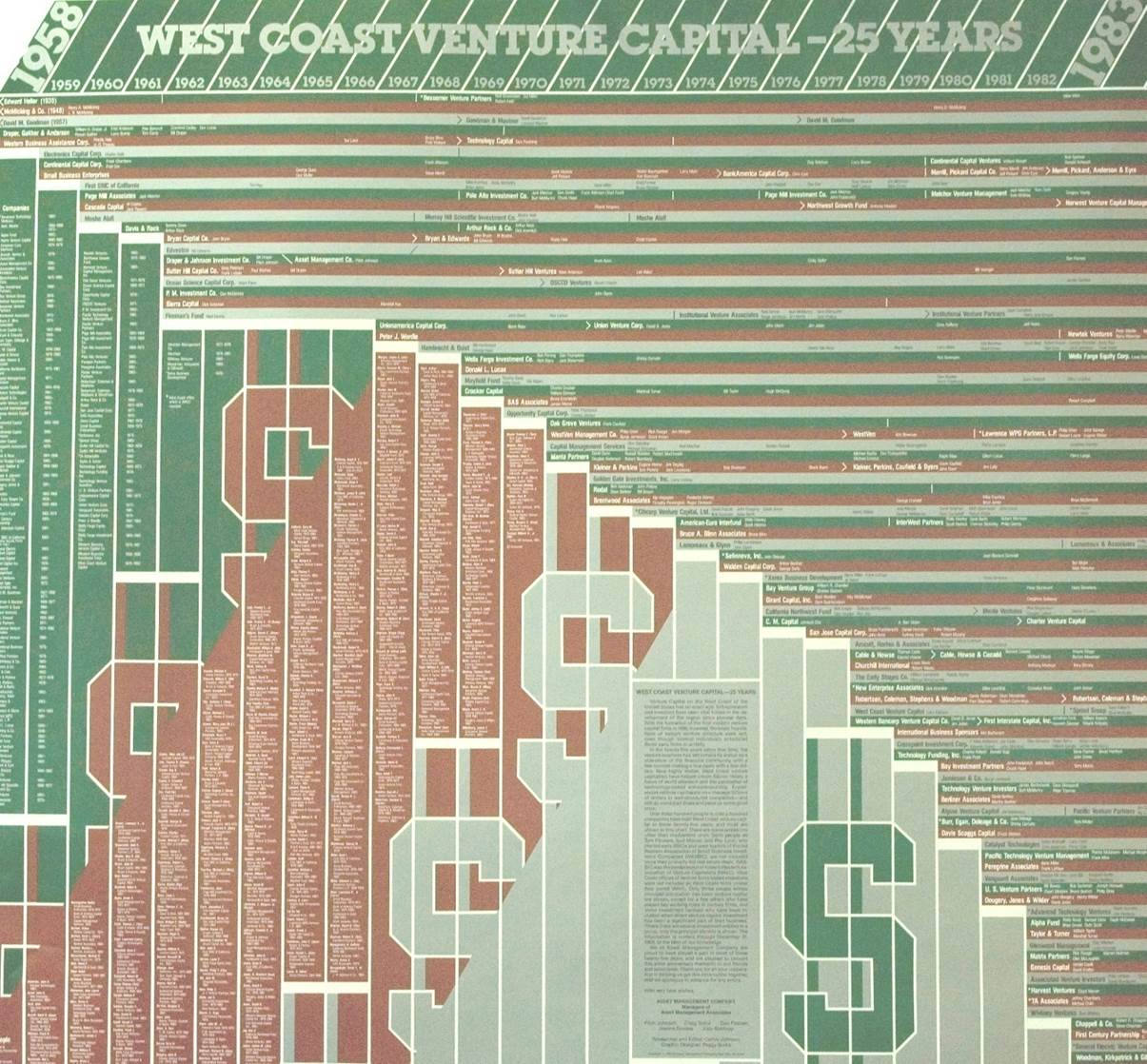 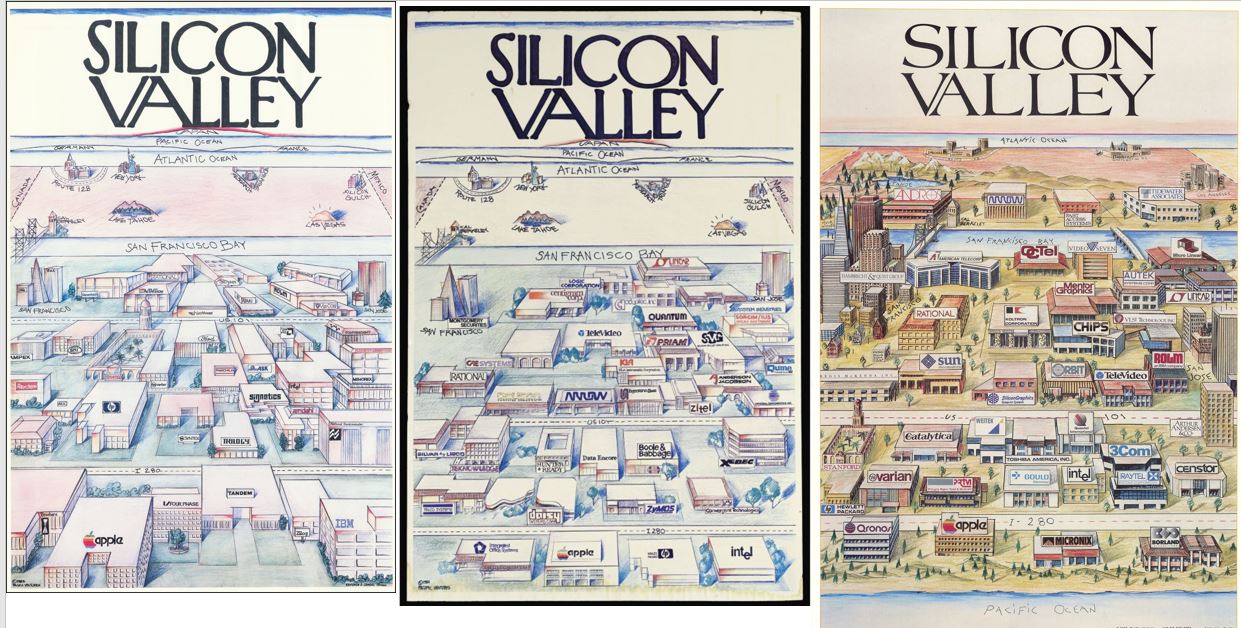 Of course these ones have a background history with Steinberg’s New Yorker cover in March 76. And for my Swiss friends what about this Zuricher one? 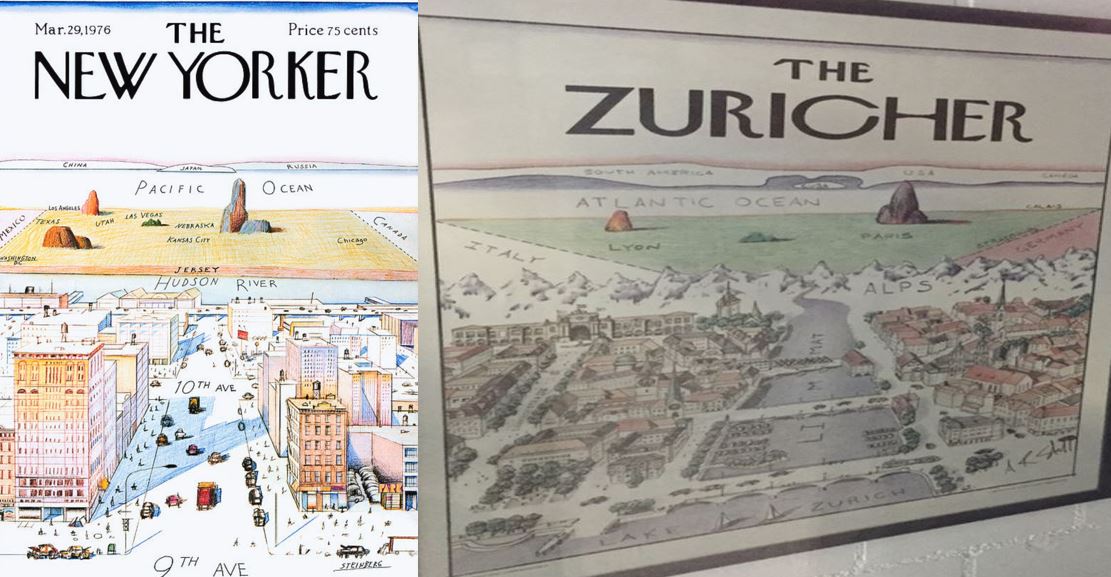 What is interesting to me is its nostalgic value. So what names are worth noticing? On the left one or below, of course, Apple, Intel HP, IBM but also Tandem, National Semi, Varian, Fairchild, Ask, and a little surprisingly Stanford University, all in between highways 101 and 280, finally Genentech, Atari, Rolm between San Jose and San Francisco and behind the Bay Area, Berkeley, New York, technology clusters Route 128 in Boston, Research Triangle in North Carolina & Austin’s Silicon Gulch. Finally emerging and threatening Japan in the mid 80s… 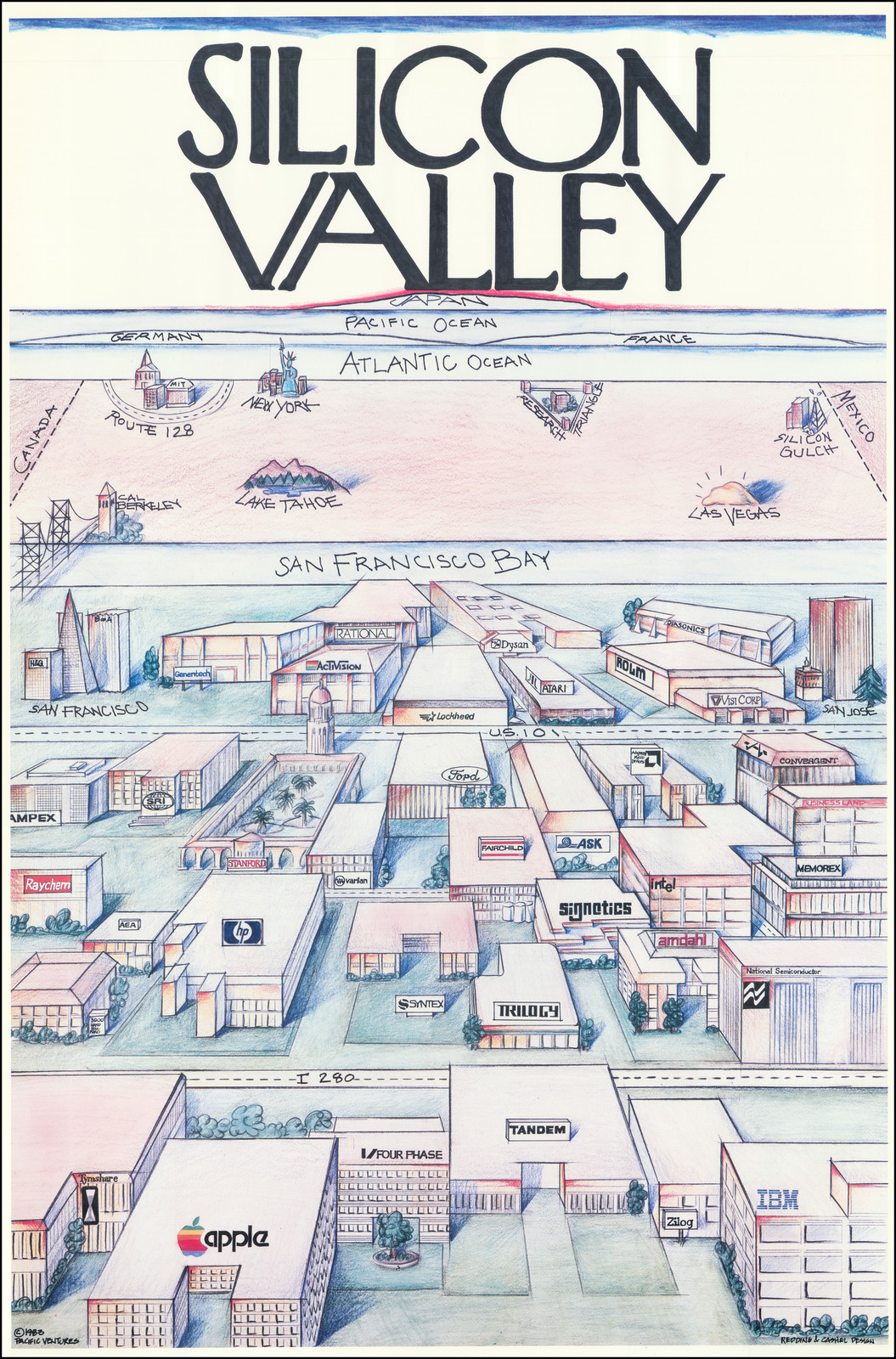 What to add to the one in 1984? Not much except that both HP and Intel, but not IBM anymore, are in the foreground… Do you remember the Apple vs. IBM 1984 advertising? 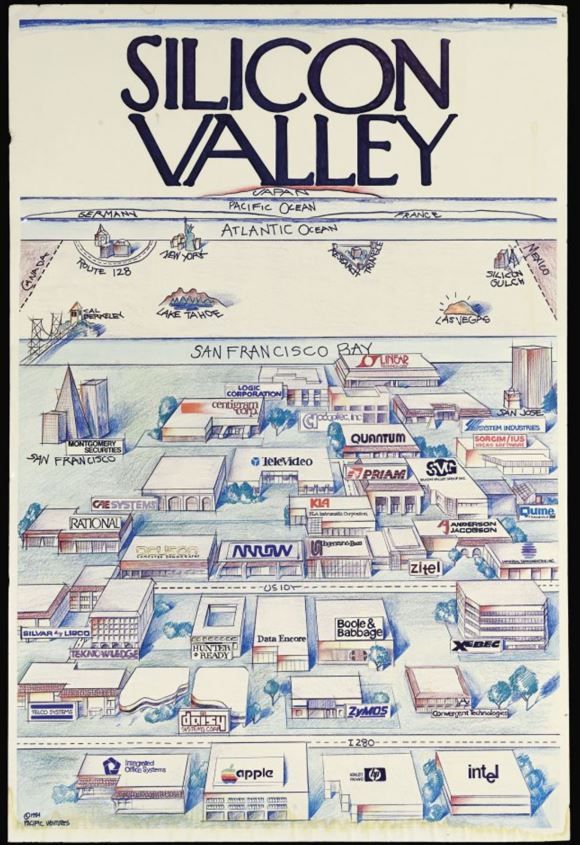 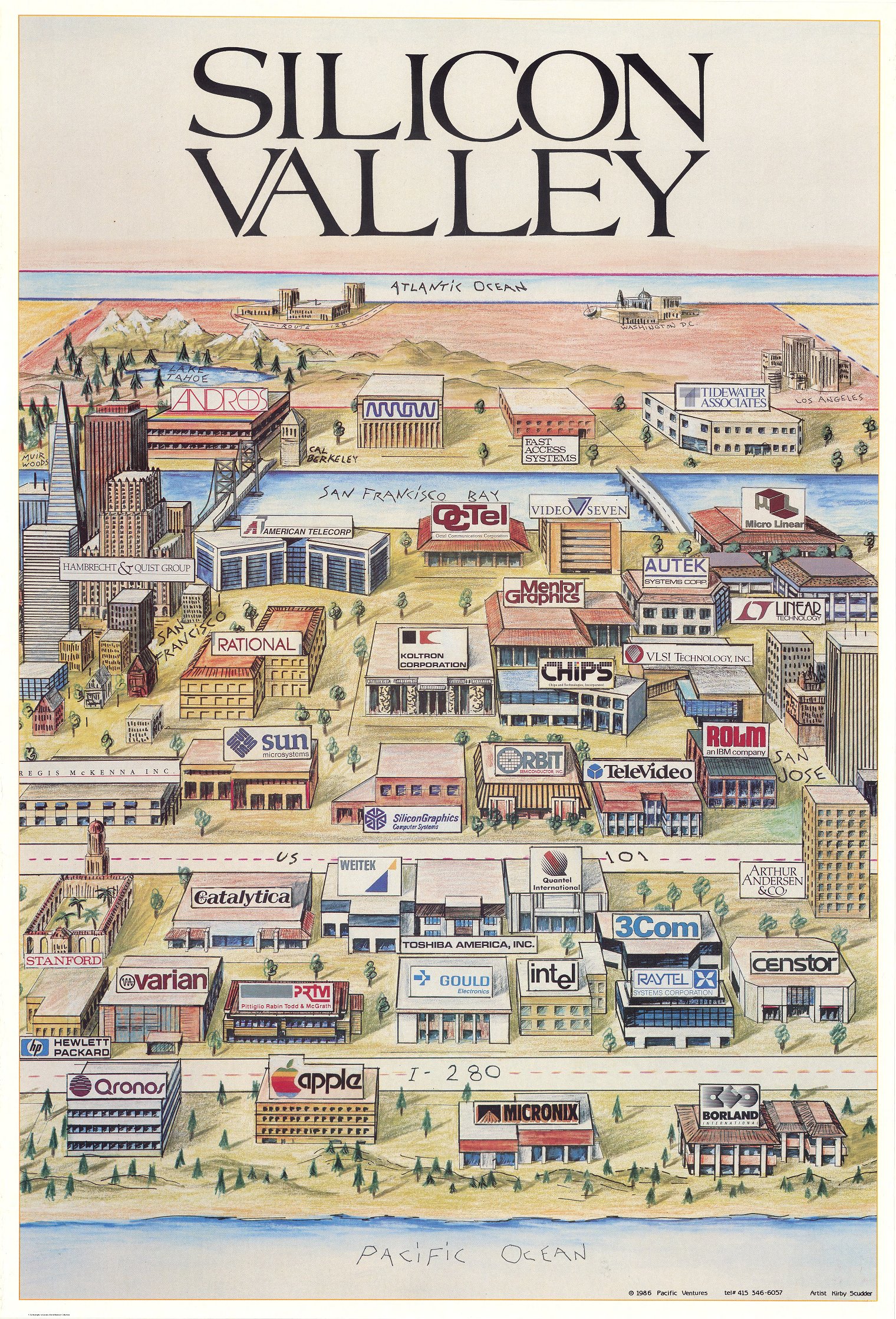 Forget nostalgia. Silicon Valley has changed a lot. Apple is still around, Oracle too but have a look at this new illustration! Apple is in a new building. Facebook (sorry Meta) and Google (sorry Alphabet) are the new giants. HP is also mentioned through its garage! There are the old ones (Intel, AMD, IBM, HP), the already old like Yahoo, not to forget Cisco, Adobe, YouTube, LinkedIn, Intuit and more “iconic” landmarks like Sand Hill Road, or Cafe Borrone and Buck’s restaurant. 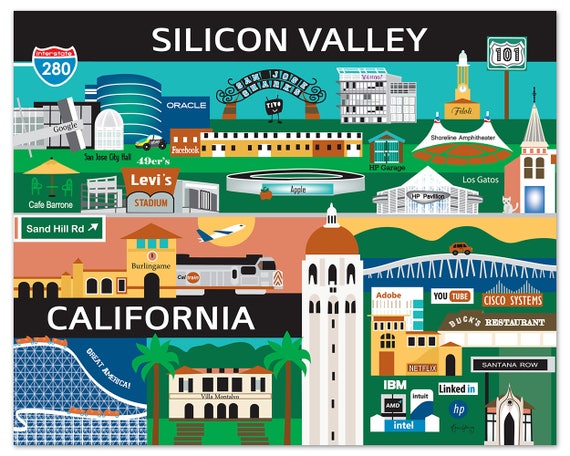 But always remember. Silicon Valley is not about buildings as Folon rightly showed. And you know what, it is dated 1985… 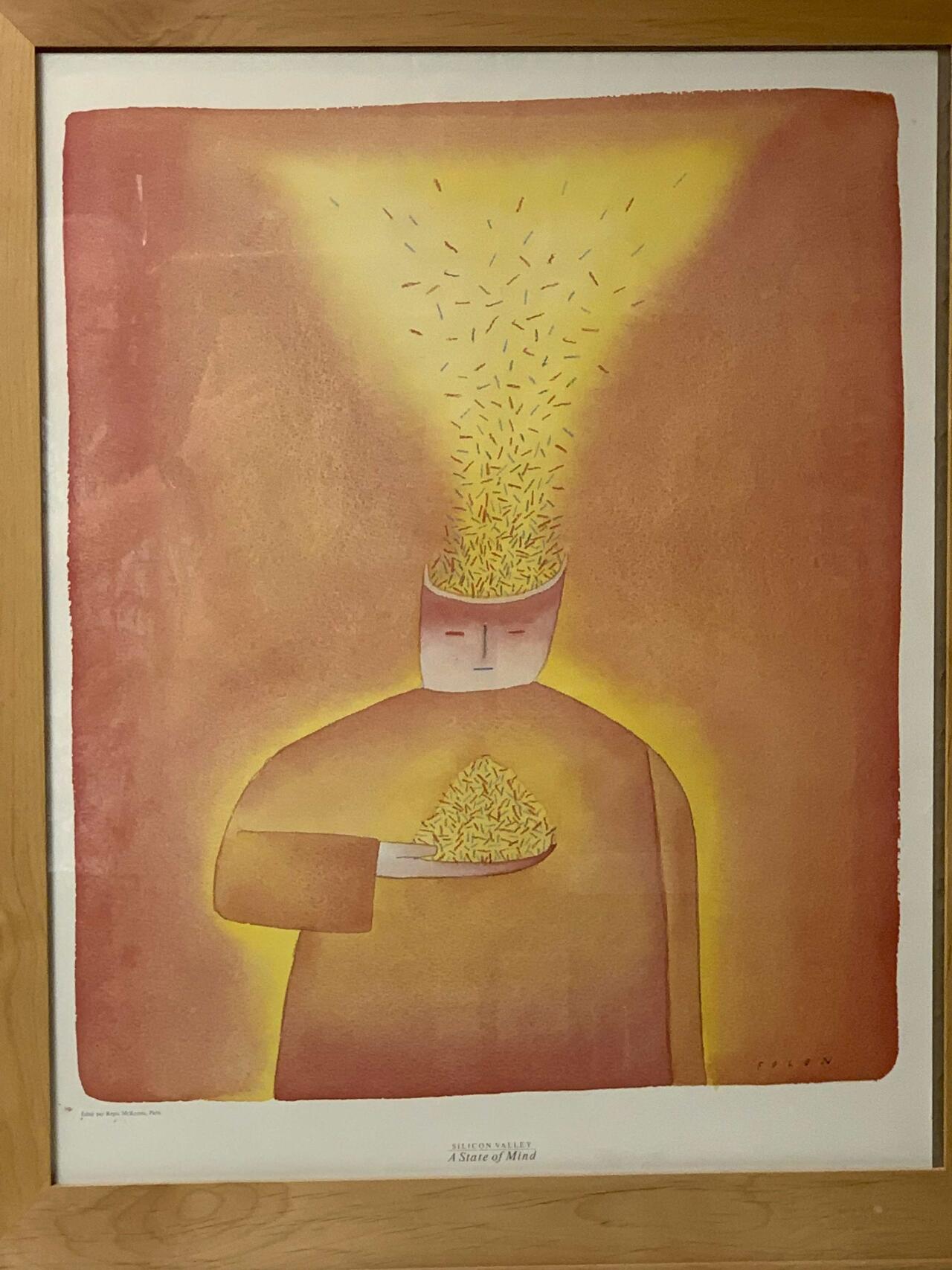