Yesterday I had a short debate about Wozniak and Jobs initial ownership in Apple Computer. It is true that at the IPO Wozniak had much less ownership than Jobs, but this can be explained by the fact that he gave or sold at a low price shares to employees (whom he thought deserved it and Jobs did not). But at the origin, they had equal shares as the extract from the prospectus shows.

So I thought of having a look at my startup database (currently having 890 cap. tables) and I studied the numbers. Here they are: 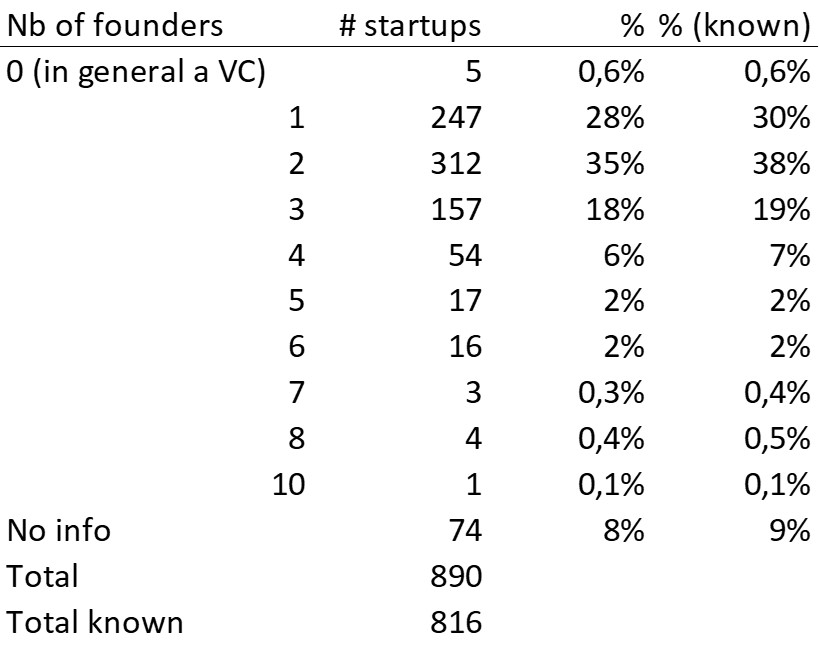 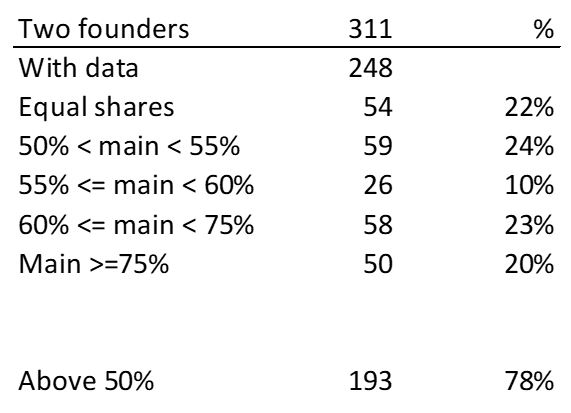 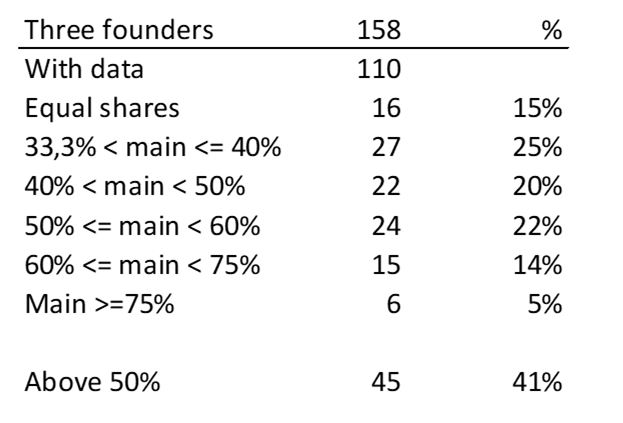 So what are the lessons?

First majority of startup have between 1 and 3 founders, and 1 founder (contrarily to intuition maybe) is not so rare. Now there is a caveat: the history of a startup is never fully known. Apple had initially (and for 2 weeks) 3 founders! The third one was Ronald Wayne

Second, equal ownership is not the majority but it is not rare. Around 15-20%.

Finally, if you read this blog, you should know that statistics do not say it all. Startups are a world of exceptions (and the statistics are seldom Gaussian but follow a power low, so beware of means of %). Therefore more anecdotally, but still important, here are some famous examples: