I just come back from vacation and all of a sudden I discover that the world has changed! Before my break you had the business angels investing in the early rounds (up to $1M) and the VCs who would seldom invest in rounds smaller than $1-2M. Now the frontier is blurred: you have the seed VCs (Index seed being a recent one) and the Super Angels fighting for the same deals. 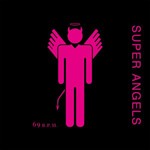 If you want to know more, you will find plenty of posts and news such as:

VCs And Super Angels: The War For The Entrepreneur from Techcrunch.

Why Micro-VCs Are So Damn Friendly from Xconomy.

‘Super Angels’ Alight from the WSJ.

Micro VCs Are all BFFs… Forever? by David Beisel.

All this is not so new as Business Week mentioned the phenomenon in May 2009: ‘Super Angels’ Shake Up Venture Capital.

And I should not forget Fred Destin’s blog where i first read about all this: Super Angels, Lean VCs, Proto-Incubators, whatever. Focus on social contract. He also published an article about European SuperAngels.

So what is new here? Well I am not sure, I may just be so much remote that I have missed a big trend. Or is it just that the VC and high-tech world is such in a crisis that it is looking for new models. They were always big angels. Arthur Rock for Intel and Apple, Andy Bechtolsheim for Google or Magma, and Sequoia did the seed round for Yahoo, so what?

Well the VCs have really big funds up to a billion so investing in small rounds is tough but they have understood and move back to seed. Entrepreneurs think angels are nicer, but check again my posts on the Tesla story and Elon Musk.

Finally there is a strong argument that Internet and software companies may not need as much capital as start-ups in the past and another argument that entrepreneurs just look to sell their company to Google for $25M which is not so bad, so they might not need VCs anymore. But then, Silicon Valley faces the risk of not creating new Apples or Googles… So it is probably just “back to the future”…