It’s one of Silicon Valley strongest assets: entrepreneurs do not stay for long in established companies and create new ones. And it is accepted as a fact. Let us just me quote again Richard Newton: “The Bay Area is the Corporation. […When people change jobs here in the Bay Area], they’re actually just moving among the various divisions of the Bay Area Corporation.”

And what about the famous Wagon Wheel bar: “During the 1970s and 1980s, many of the top engineers from Fairchild, National and other companies would meet there to drink and talk about the problems they faced in manufacturing and selling semiconductors. It was an important meeting place where even the fiercest competitors gathered and exchanged ideas.” 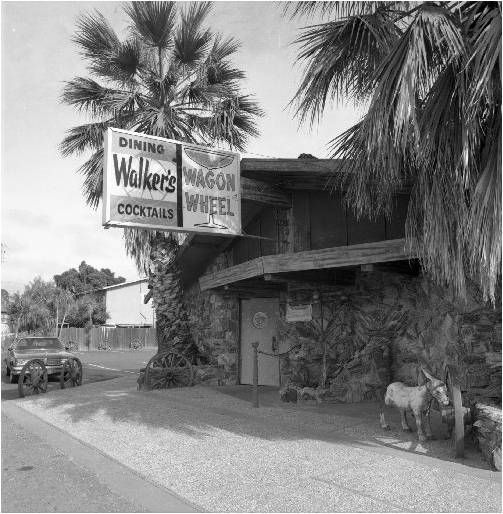 The story goes on. I read today (thanks to Burton Lee) 15 Interesting Startups From Ex-Googlers from Jay Yarow. He found that since 2004, 49 spin-offs were created by former “Googlers”. Because it was a work in progress, apparently the number has increased to more than 70. See slide 2 of the pdf. 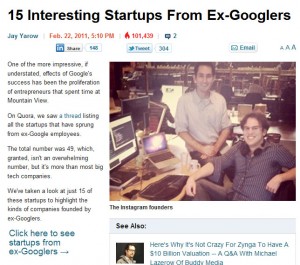 As a conclusion, let me add a study by Junfu Zhang who compared Silicon Valley to the Boston Cluster, in terms of how many entrepreneurs left their big company. He showed the big difference there was between the two regions that both Newton and the Wagon Wheel bar explain in terms of culture. 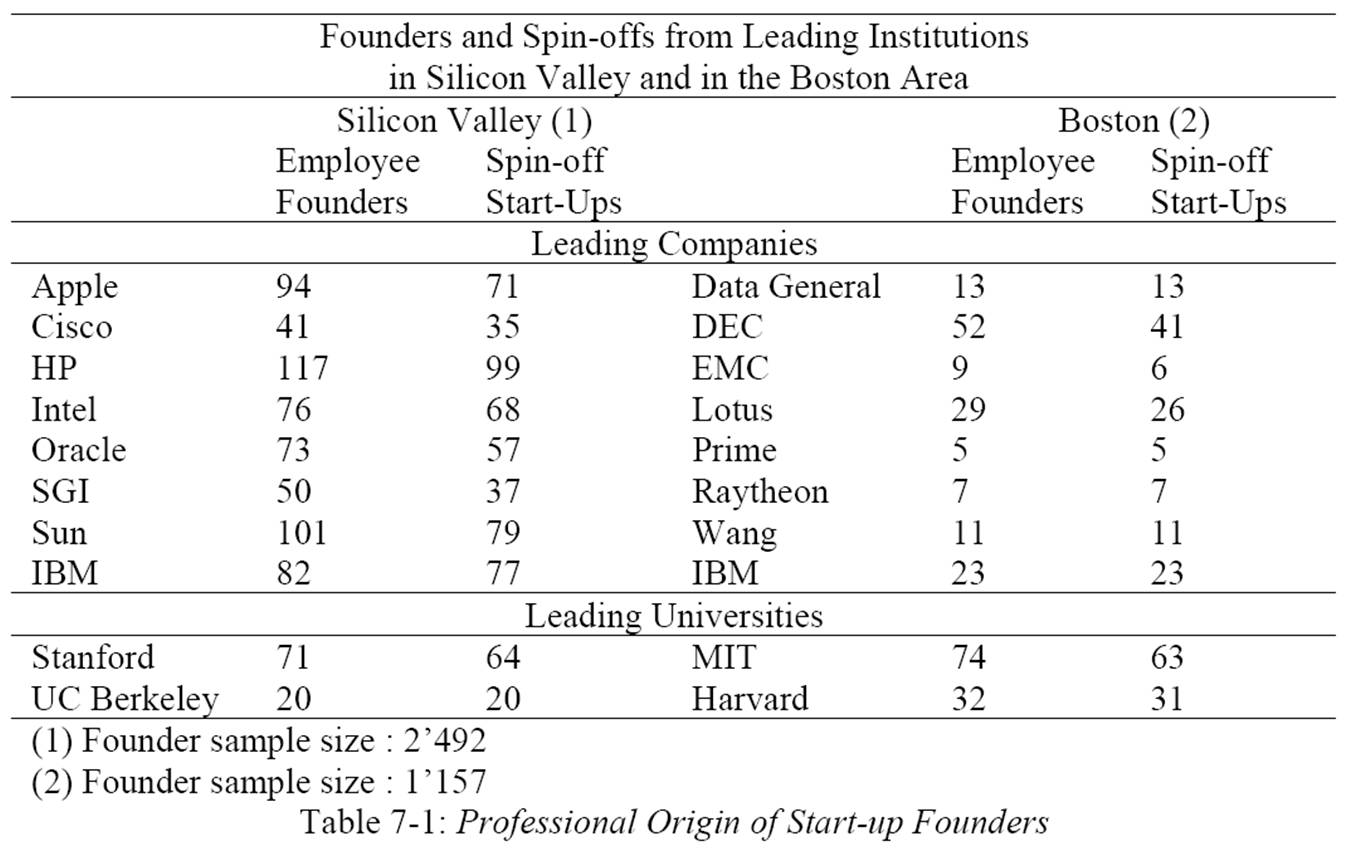 1 thought on “Google, Silicon Valley and the spin-off virtuous cycle”