There’s been a long standing and passionate debate about what universities “deserve” when they license technologies to start-ups. There is the famous Google vs. Yahoo comparison where Google is an official Stanford spin-off which brought $336M in revenue from the equity the university owned in the start-up whereas Yahoo was considered as a hobby of the founders and no intellectual property was owned by the university. However one Yahoo founder gave some $75M to Stanford.

So what is a typical license between a university and start-up? Well there is no clear answer but the attached pdf file may be of help. I have done some search and found some info, mostly from US universities. I have also tried to find the rationals for or against such deals. The debate remains open and I do not expect a general agreement any time soon. But I hope this is contributing to the topic. 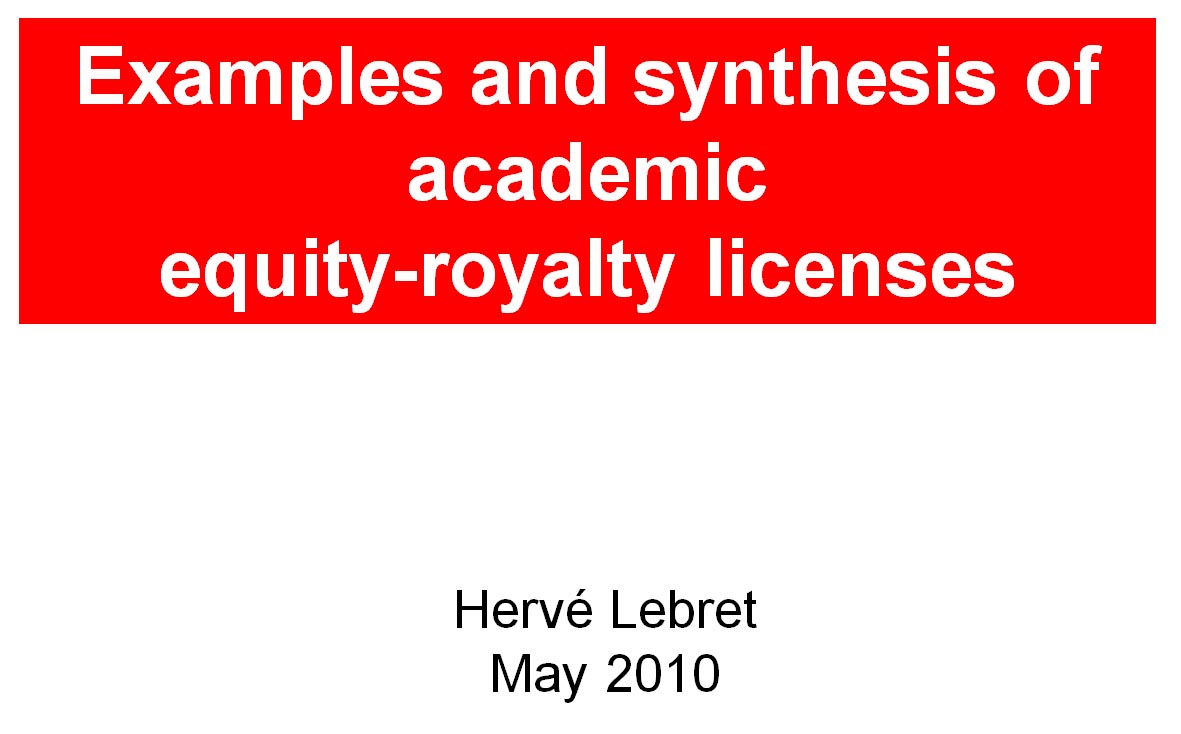 3 thoughts on “University licensing to start-ups”