I spent 5 days in Finland in mid-October and I came back with interesting lessons. But before writing about these in my next post, I would like to come back on the Israel situation which interestingly enough has been a strong model for Finland. I had discovered the Victa report (you may see my older post) a few years ago and during my trip, Will Caldwell who had invited me to Helsinki offered me his book Attracting Foreign Investment into Early-Stage Finnish Technology Companies. An Examination of Different Investment Modes Including Case Study: Comparing High-Tech Investing Environments in Israel and Finland. 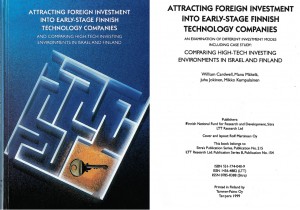 One of the strong features of the Israeli situation is how international their start-ups are. This includes international investors and also the fact that most start-ups have a US presence very early in their development. (They have fully digested the Go West I mentioned in my post of yesterday). And finally, the M&A and IPO ouputs are a by-product of all this. Will’s book was published in 1999 so it could look old, but it is not. Let me just show you a number of examples: one striking element which is not about Israel is a comparison of what entrepreneurs need and what local business angels (in Finland) can bring. 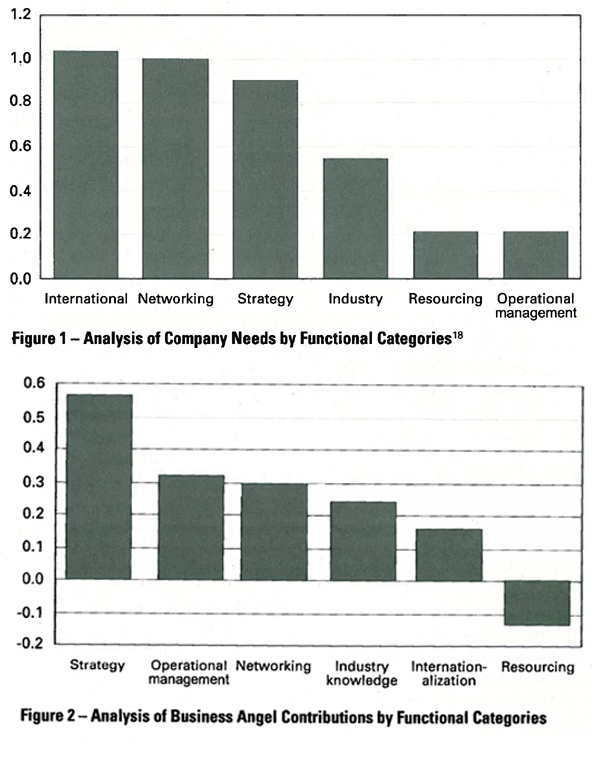 The discrepancy which appears was an argument for the need of international VCs. This may still be the case!

Now more about Israel. The country is known for its great success with high-tech start-ups and here is what Will was showing:
– Table 6: Israel had more start-ups on Nasdaq than Europe as a whole. One may claim Europe has local stock exchanges but it would not change the success measure.
– Table 5: The M&A activity mostly by US companies (of course). You could compare to my table about European M&As in my book.
– Appendix 4: the Mkt. Cap. Of all Israeli Nasdaq companies in 1998. 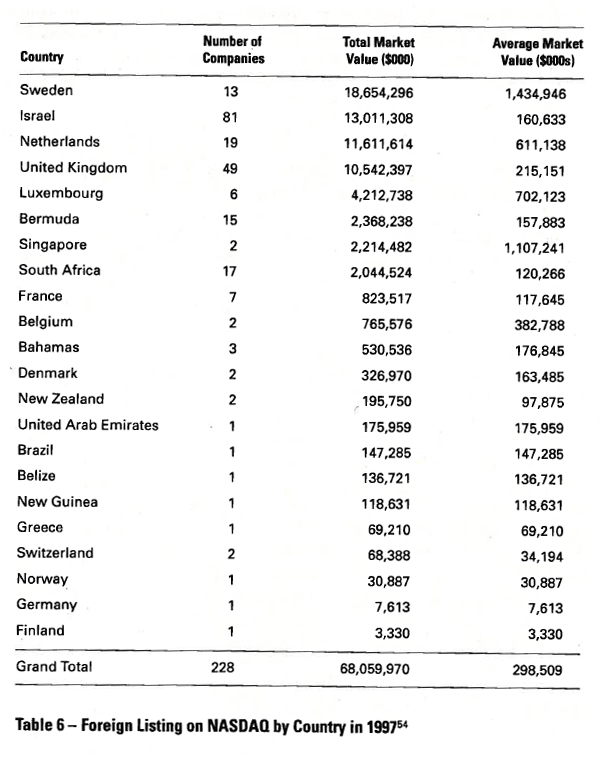 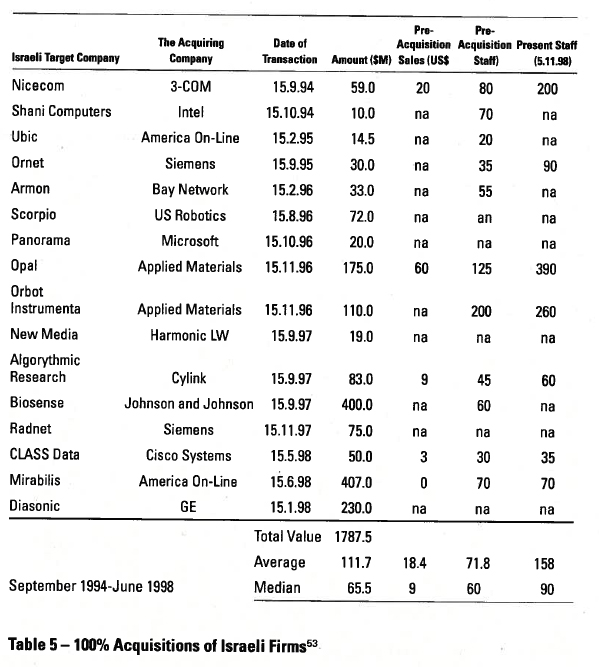 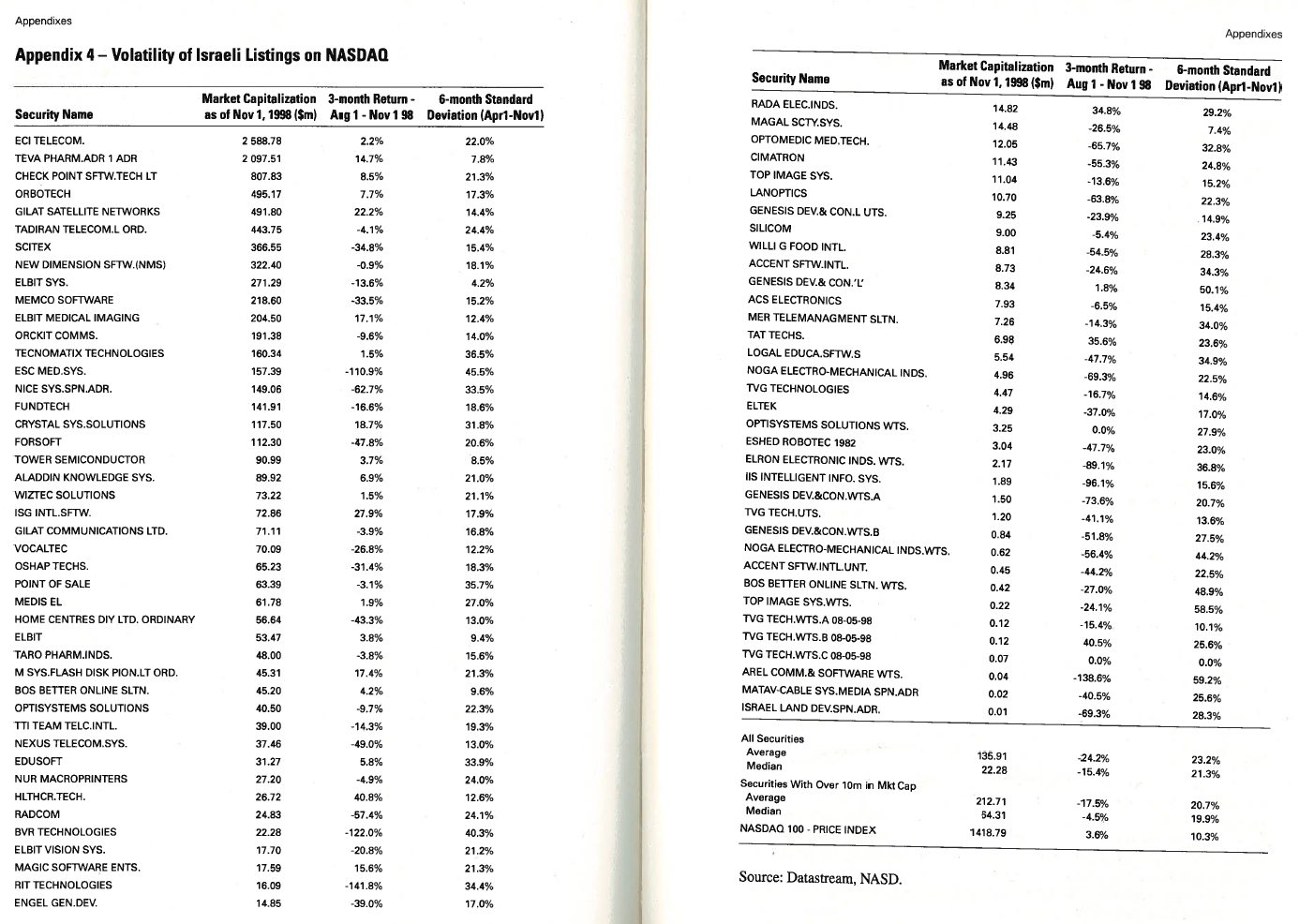 The results are obviously impressive but if you look closely at the volatilities, it also showed that the Israeli situation was diverse. Below, I just did an update of his tables.

One final table I steal from his book is a comparison of what entrepreneurs claimed in the business plans and what really happened. Not surprising but I had not seen it so often. 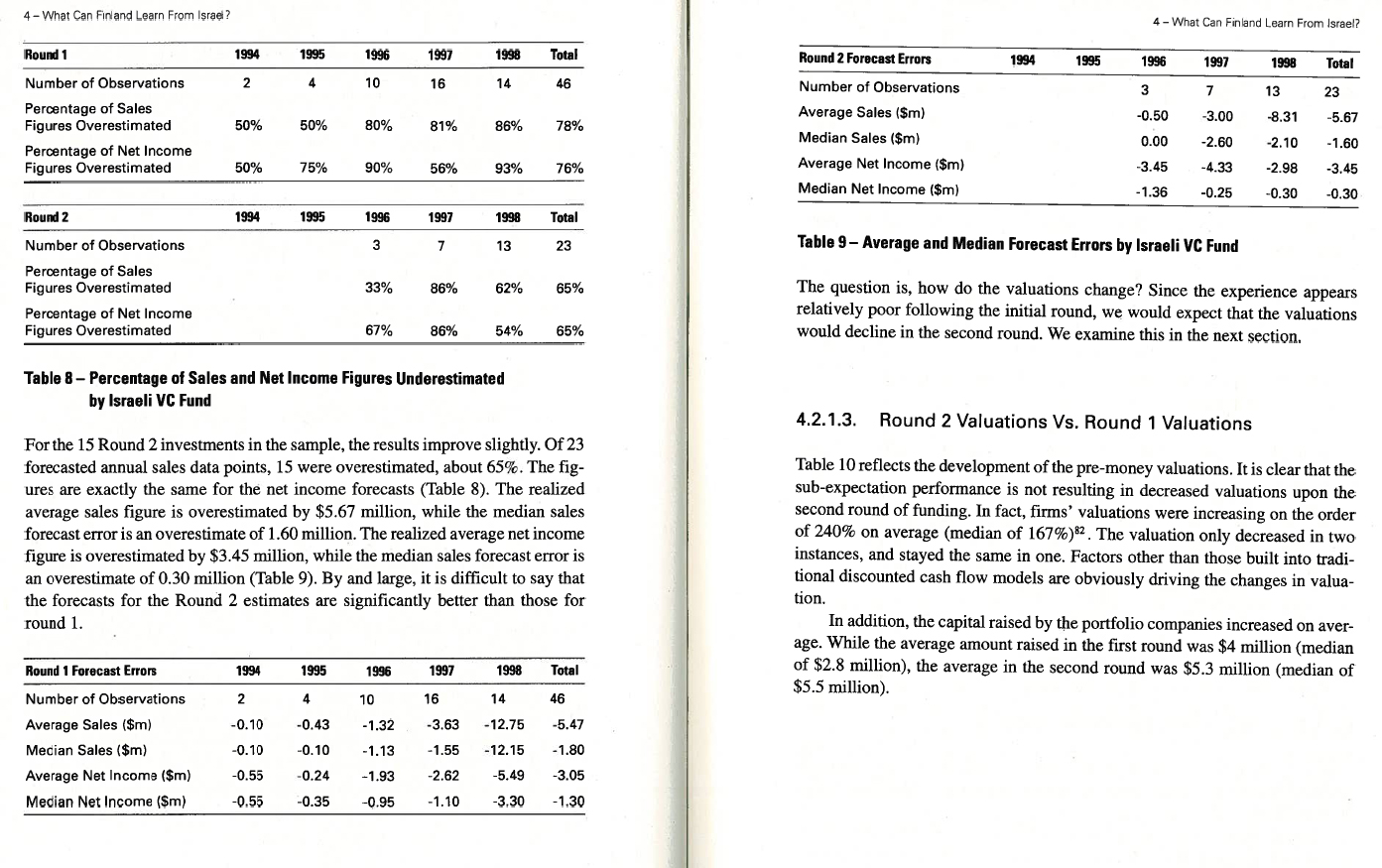 Now my updates of his tables: I looked at these public companies again. I used the Nasdaq web site and Wikipedia and then Yahoo and Google finance. So here are the updated values of the companies which were public at the time and the new public companies. I have not done stats yet, but the basic description of all this is good enough I think! 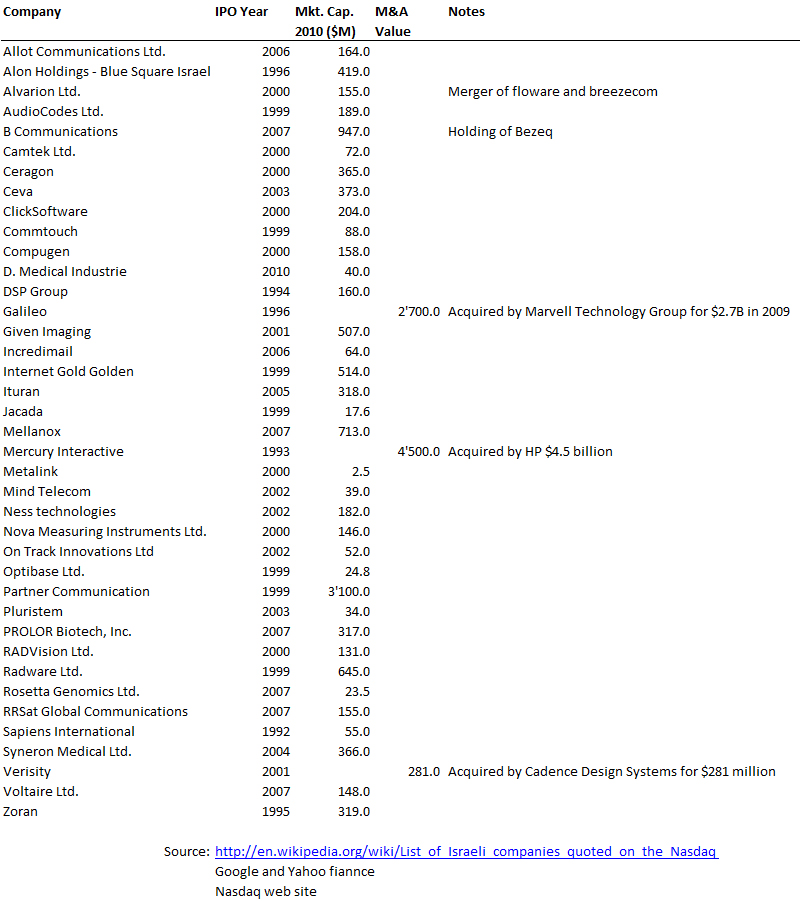 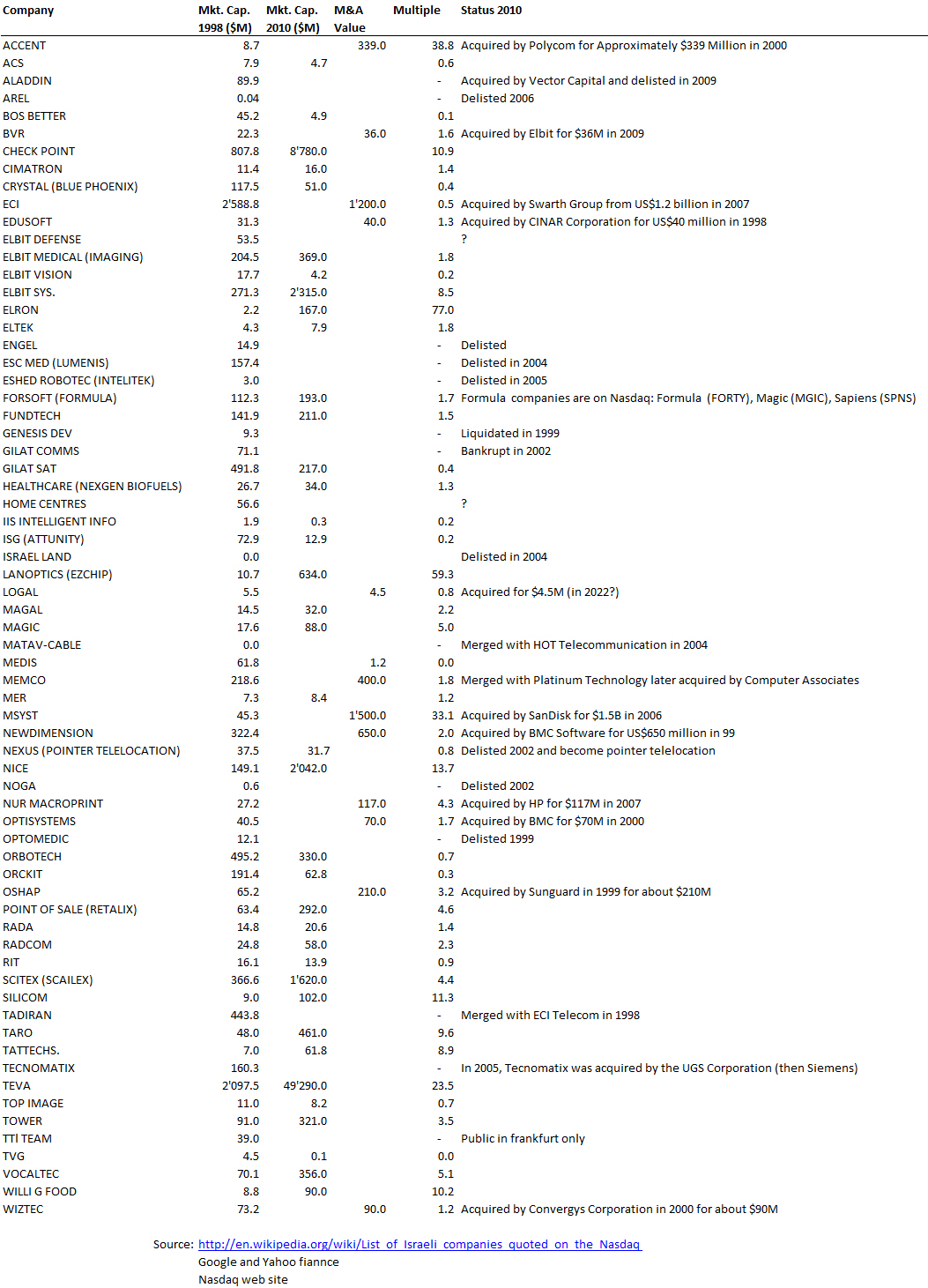 1 thought on “Israel (through Finland)”