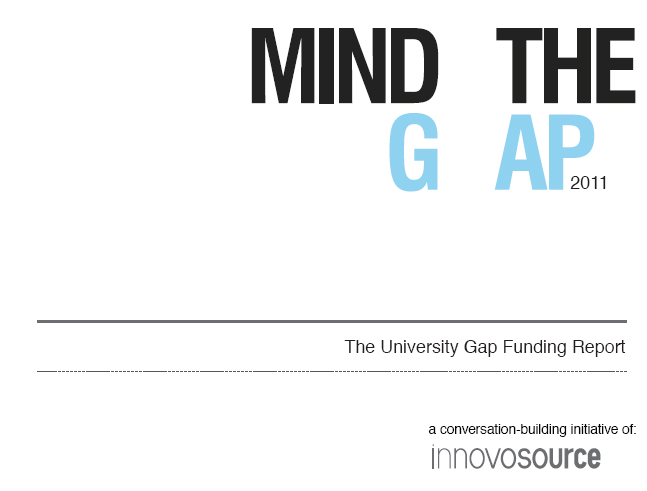 Disclaimer: I usually do not mention my activities at EPFL on this blog and this report deals exactly with the type of funds I manage there: the Innogrants. I was indeed interviewed for this report as one of the active members of the Gap Funding community and the Innogrants are one of the examples mentioned.

Mind The Gap is a great report because it describes a concept which was born a little before 2005, the seed funding, I should even say the pre-seed funding, by universities of their innovations, including start-ups. The next figure illustrates not only gap funding but all the existing tools enabling academic innovation. 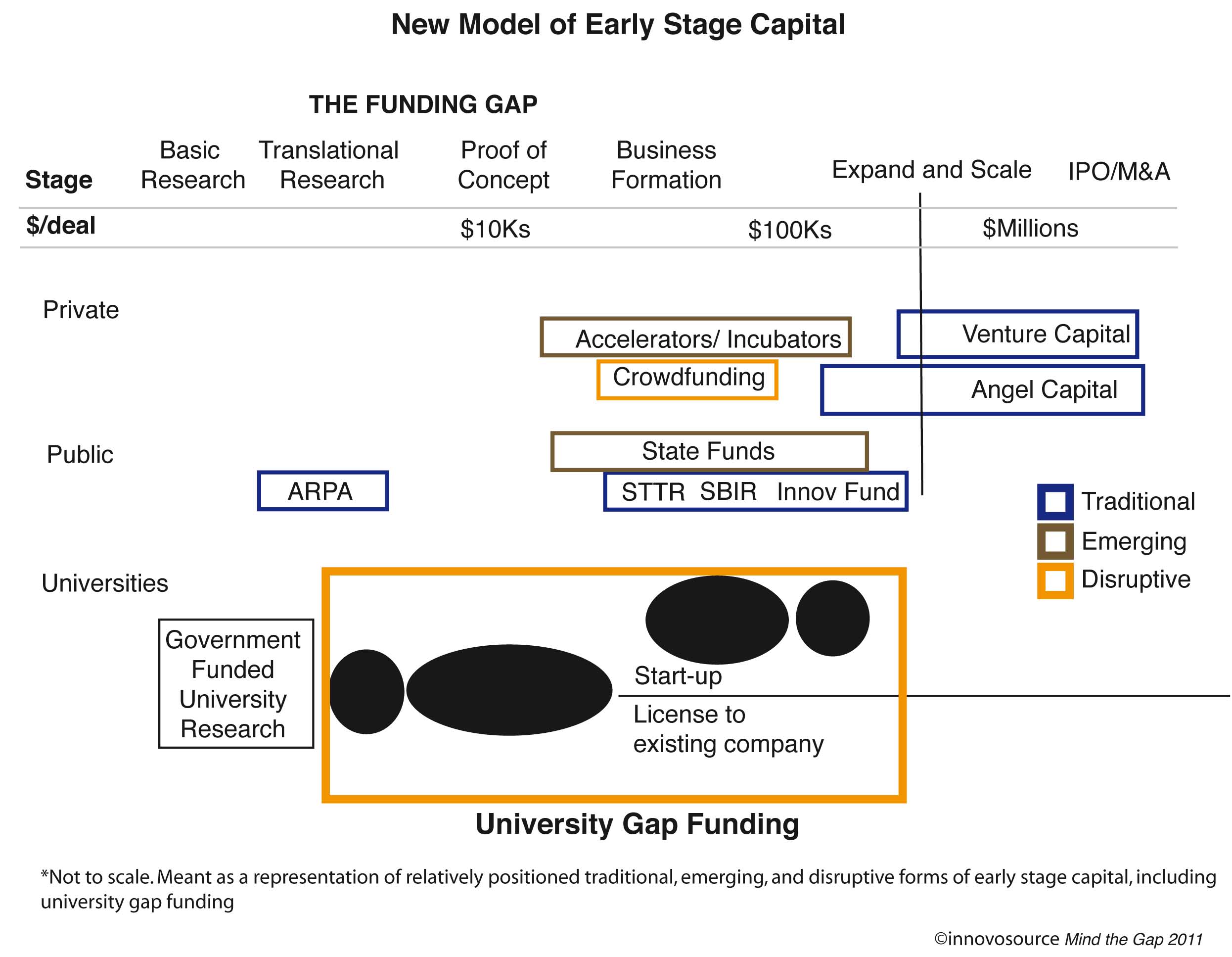 Let me just briefly quote it (but you should know the report is not free, so I cannot summarize it in too much detail. The author allowed me however to give you a 25% discount code: USHAPE). In any case, it is extremely rich in data and information.

“This “gap” extends from where the government funding of basic research ends to where existing companies or investors are willing to accept the risk to commercialize the technology.” [page 9]. The author reminds us that “Failure is commonplace in these sorts of pursuits, but ask where you would find yourself (or where you are going) without GPS and the internet, and most recently a little iPhone “assistant” named Siri that originated from the DARPA funded CALO (Cognitive Agent that Learns and Organizes) program through a university consortium.” [page 20]

As a side element, there are also the emerging accelerators, “Popularized in recent years with the likes of Y Combinator and TechStars, accelerators combine access to talent and support services with “stage-appropriate” capital in return for a stake in the company or other repayment structures.” [page 22] but this is another subject!

I do not want to quote much more this 100-page deep and very interesting analysis. My final comment is that a critical element is the leverage gap funding enables. You will find a full analysis on pages 88-90. In his Report Summary, the author depicts the value of gap funding through:

High commercialization rates
– 76-81% of funded projects commercialized on average
Attraction of early stage capital
– $2.8B leveraged from public and private investment sources
Business formation and job creation
– 395 new start-up companies
– 188 technology licenses to existing companies
– 7,761 new jobs, at cost of $13,600 gap fund dollars per job
Building a community of innovation
– Thousands of faculty and students engaged in the process
– Incorporate networks of technical and business professionals in the evaluation, mentorships, and leadership of these technologies
Organizational returns
– $75M returned to the organizations through repayments, royalties, and equity sales
– Maximize resource allocation and downstream savings, by permitting early failures through exploratory and evaluation tactics
– Empower universities to continue to take risks that support the type of breakthroughs that define our present, and the type of innovation that will carry us into the future

Let me finish with what I contributed to the report, i.e. a short description the EPFL innogrants:

When I met Jochen Mundinger in October 2006 it did not take me much time to make up my mind. I had previously seen many startup ideas and Jochenʼs Internet project looked to me original and powerful. Prior to any due diligence, I told him that if my analysis was positive, he would get a 12-month grant to work on his start-up. Because of this program, I am lucky enough to be able to make fast decisions and by January 2007, Jochen was working on his project. He did not wait until the end of his grant to found routeRank and by October 2007, with the support of business angels. Today, the service has grown and been recognized by the famous MIT TR35 award in 2010.

And then there was Andre Mercanzini, a Canadian citizen, who certainly has the drive and enthusiasm of many North-Americans. Andre obtained his PhD at EPFL following a few start-up experiences in the US. Andre has developed electrodes for Deep Brain Stimulation. The path was not as fast and easy as for Jochen. Though Aleva Neurotherapeutics was founded in mid-2008, Andreʼs prototypes needed further validation to attract venture capital (a major use of the grants). The Swiss ecosystem is rich with mentors and support so that Andre developed further his project to the point of raising $10M in his series A round in August 2011.

These are just two examples of EPFL innogrants. Initially backed by Swiss bank Lombard Odier, it has since received support from KPMG and Helbling, an engineering firm. The fact that similar initiatives were launched in Switzerland is another illustration that gap funding attracts and seduces. The Innogrants are a bet on young people. Since 2005, 48 projects have been funded out of more than 300 ideas and 24 companies created. We admit at EPFL that failure is part of the process and even if no start-up is ever launched, the grant is a learning experience. We also have the vision that Innogrants become role models and hope that more and more students will be less shy about expressing their dreams.

6 thoughts on “Mind the Gap: the seed funding of university innovation”